While a few veterans like Sushma Swaraj and Uma Bharti had opted out of the poll race citing health issues, the party dropped some leaders who crossed 75 — the unofficial age limit set by the saffron party for induction into Cabinet, and which has now been extended to contesting elections. 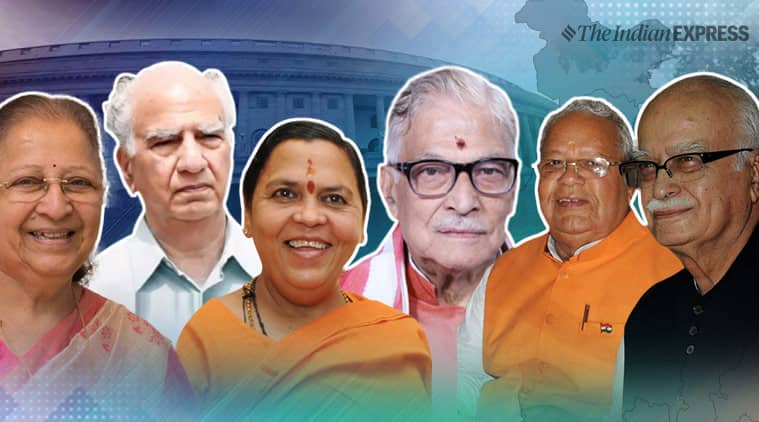 The BJP’s decision to replace some of its old guard with fresh faces seems to have paid rich dividends to the saffron party in this Lok Sabha election as its candidates in high-profile seats like Gandhinagar, Jhansi, Vidisha, and Indore are leading by over four lakh votes.

While a few veterans like Sushma Swaraj and Uma Bharti had opted out of the poll race citing health issues, the party dropped some leaders who crossed 75 — the unofficial age limit set by the saffron party for induction into Cabinet, and which has now been extended to contesting elections. Moreover, in anticipation of the party leadership’s move, senior leaders like Kalraj Mishra and Bhagat Singh Koshyari had announced their unwillingness to contest the Lok Sabha polls.

Mishra, who won the 2014 Lok Sabha election from Deoria constituency in Uttar Pradesh by 2.65 lakh votes, was replaced this year by former UP BJP president Ramapati Ram Tripathi. Riding on the back of support from Brahmins and Kshatriyas, who have a strong presence in the constituency, Tripathi is on course to pocket the Deoria seat and is leading by 2.38 lakh votes. Tripathi was up against SP-BSP alliance candidate Vinod Jaiswal, a Bihar-based liquor businessman whose father-in-law Gorakh Prasad represented the Deoria seat in 2009. In Gandhinagar, where BJP dropped six-time MP LK Advani, it has been smooth sailing for party chief Amit Shah, who is leading by over five lakh votes. In 2014, Advani, who had served as Union home minister and deputy prime minister, won the Gandhinagar seat by 4,83,120 votes, cornering a staggering vote share of 68.12 per cent.

Another BJP stalwart, Murli Manohar Joshi, who insisted on contesting from the Kanpur seat for a second time, was dropped and replaced by Uttar Pradesh state minister Satyadev Pachauri. While Joshi had won the Kanpur seat in 2014, defeating ex-coal minister Sriprakash Jaiswal, by 2,22,946 votes, Pachauri is set to win with a similar margin.

Last month, Joshi had made his disappointment public after he said the party’s organisational secretary Ram Lal had conveyed to him that he would not be contesting from Kanpur or elsewhere in a letter to his constituents. 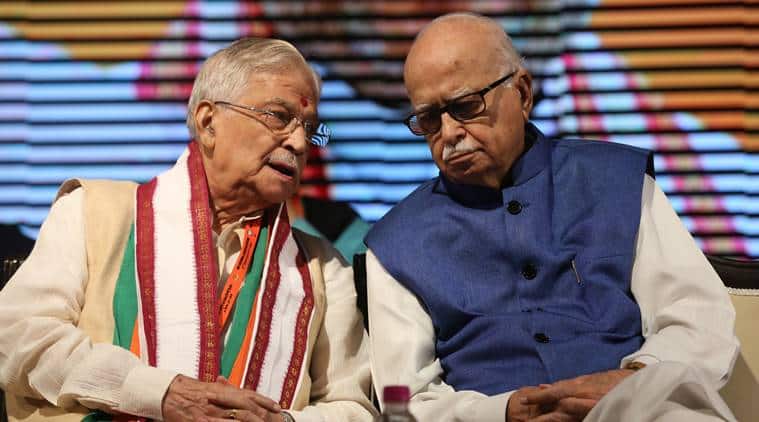 Jhansi, which was won by firebrand Hindutva leader Uma Bharti in 2014 by over 2 lakh votes, saw BJP’s Anurag Sharma, owner of Baidyanath Group, bettering the victory margin. The two successive wins for BJP in Jhansi signals an erosion of the Congress support base. The party has won the Jhansi Lok Sabha seat eight times since elections were first held.

Vidisha, which has been a BJP stronghold for three decades, saw its two-time MP Sushma Swaraj opting out of the electoral contest this year. However, Swaraj’s absence has not hit the party hard as Ramakant Bhargav, who contested his maiden election from Vidisha, is all set to bag the seat and is leading by over five lakh votes.

In the 2014 elections, Swaraj retained the Vidisha Lok Sabha seat by a margin of 4,10,698 votes. In 2009, the External Affairs minister defeated brother of Congress leader Digvijay Singh from Vidisha. Vidisha has been represented in the past by high-profile leaders like Atal Bihari Vajpayee for a few months in 1991 and later for 15 years by Shivraj Singh Chouhan, before he became CM in 2005. With eight-time MP Sumitra Mahajan (76) bowing out, perhaps it was the best chance for Congress to wrest the Indore seat this time as the party last won from the constituency in 1984. However, BJP’s new face Shankar Lalwani proved to be a tough nut to crack and looks set to pocket the seat by over five lakh votes. Despite Mahajan opting out, the Lok Sabha speaker was present in almost 100 of the 110 public meetings held by BJP.

Himachal Pradesh’s Kangra constituency was synonymous with BJP veteran Shanta Kumar, who was dropped this time, marking the end of an era in the state’s politics. The BJP replaced Shanta Kumar with his protege Kishan Kapoor, and the state food and civil supply minister has kept the faith reposed on him by the party and is leading by over 4,50, 000 votes.

While Kumar is a brahmin, Kapoor belongs to the tribal Gaddi community, which has a significant population in the region, which seems to have voted en masse for him. In the 2014 elections, Kumar, a two-time Chief Minister of Himachal Pradesh, defeated Chander Kumar by 1,70,072 votes to recorded his fourth win from the constituency.