The move comes days after the stringent law was invoked against former chief ministers Omar Abdullah and Mehbooba Mufti. Omar’s father and Lok Sabha MP Farooq Abdullah is also booked under the PSA. 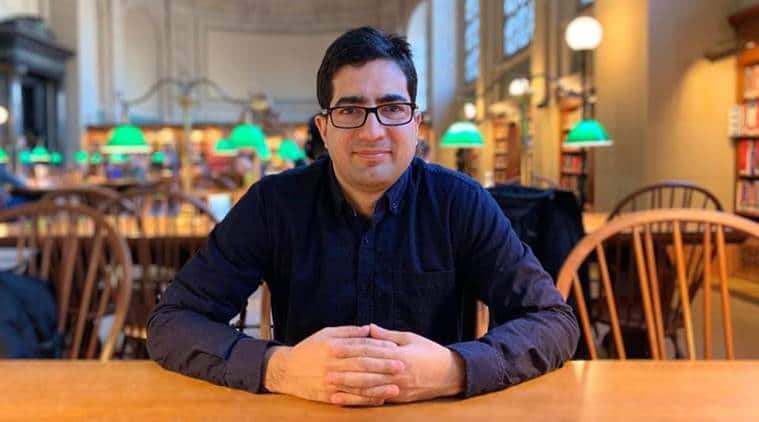 Former Kashmiri IAS officer Shah Faesal, who resigned last year to take up politics and has been under detention since August, was on Saturday booked under the Public Safety Act (PSA) by the Jammu and Kashmir administration.

The move comes days after the stringent law was invoked against former chief ministers Omar Abdullah and Mehbooba Mufti. Omar’s father and Lok Sabha MP Farooq Abdullah is also booked under the PSA. All the leaders were taken into preventive detention following the abrogation of Article 370 on August 5, 2019.

Under the Act, a person is taken into custody to prevent him or her from acting in any manner that is prejudicial to “the security of the state or the maintenance of the public order”. It is very similar to the National Security Act that is used by other state governments for preventive detention.

Faesal, the chief of Jammu & Kashmir People’s Movement (JKPM), was prevented from boarding a flight from New Delhi to Istanbul on August 14, 2019. He was taken to Srinagar and placed under house arrest.

At the time, sources had told The Indian Express his detention was on the basis of a “perception of threat to public order due to his activities”. The move was based on a report from the J&K administration, they said.

In 2009, Faesal had become the first Kashmiri to top the IAS exams. Last year he resigned to set up J&K People’s Movement with the aim of joining mainstream politics.

Faesal has been vocal in his criticism of the government’s decision on the removal of special status to Jammu and Kashmir, and its bifurcation. In an interview to The Indian Express on August 10, 2019, he had said: “I see it as a catastrophic turn in our collective history, a day when everybody is feeling that it is a death knell to our identity, our history, our right to our land, our right to our existence.”

Besides the three leaders, Hilal Lone, son of National Conference leader and Lok Sabha member Mohammad Akbar Lone, was booked under the Act by the administration of the Union Territory.

“Probable MLA candidate of National Conference”, being a “Poster Boy of NC”, and his activities that allegedly “seem to be prejudicial to the sovereignty, security, integrity, peace and tranquility of the Union of India” were among reasons cited in the grounds of detention document.