Muslims are not headed for a bleak future. They should welcome PM’s resolve of winning over their trust. 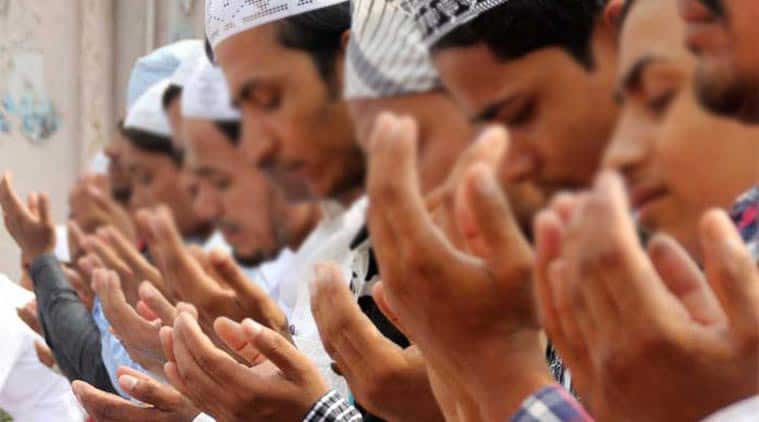 Most liberal and secular scholars and newspaper editorials have predicted a bleak future and isolation for India’s 15 crore Muslims after the massive electoral victory of Prime Minister Narendra Modi. Out of 303 members of the Lok Sabha from the BJP there is not a single Muslim, though the Opposition will have 27 Muslim members. Some of the fears of liberals may be real but many are not only unfounded but may be counter-productive, which might lead Muslims to go into a shell. In the last three centuries, Indian Muslims have faced several existential crises but each time, they survived and received huge support from enlightened sections of Hindus.

The first event was the end of the Mughal empire in 1857. The so-called Muslim rule (in reality it was Mughal-Rajput rule) of seven centuries had ended and since Bahadur Shah Zafar was the symbolic leader of the revolt, Muslims had to face the wrath of the British. Hundreds of Muslims were publicly executed in Delhi. After the failure of the revolt, Sir Syed Ahmed Khan founded MAO College which was later converted into the great Aligarh Muslim University. Every Muslim family in the Indian Subcontinent has at least one or two members who had received modern western education at this citadel of learning. In 1885, the Indian National Congress was founded and in 1887, it elected a Muslim — Badruddin Tyabji — as its third president.

In 1918, the British and French armies occupied Istanbul, ending the Ottoman Empire. The Muslim community across the world was in shock. Indian Muslims came forward in the fight for the restoration of the Caliphate. The Khilafat movement of 1919-1924 was supported by Mahatma Gandhi and the Congress. The Khilafat was not restored but Islam continued to flourish.

Independence in1947 brought yet another turning point. The country was partitioned in the name of religion because of V D Savarkar and M A Jinnah’s regressive two-nation theory. The Muslim ulema were at the forefront of opposing Partition. Most Muslims did not endorse the divisive idea and were not even voters under the Government of India Act,1935.

The majority of Muslims, of their free will, decided to stay in India. The communal violence during and after Partition led to the killing of half a million people. The Hindus of the country, after the initial wave of riots, stood up for minorities under the leadership of Jawaharlal Nehru. While after Jinnah’s death, Pakistan became a theocracy, India opted to be a liberal and secular democracy. Indian secularism assured Muslims that the state will not have any religion of its own and they will have full religious and cultural freedom. In subsequent decades, the Supreme Court held that both secularism and minority rights are part of the basic structure of the Constitution, which cannot be changed even by a constitutional amendment. Even assuming that India may become a Hindu Rashtra, the heavens are not going to fall for the Muslims. In fact, such a possibility should worry Hindus more and they should ensure that India does not follow Pakistan’s disastrous path.

In 1992, Hindu fanatics demolished the Babri mosque and Muslims of India yet again went into depression. The secular and liberal Hindus once more not only condemned the demolition but also extended a helping hand to the demoralised community. The Muslim community survived this onslaught and played an important role in the subsequent decades in the country’s politics.

In 2002, we witnessed communal violence in Gujarat and there are reasons to believe that the state machinery did not discharge its constitutional duties in a timely manner. The then PM had to remind the state government of its Raj Dharma. True, the violence was nothing short of a genocide of some 2,000 Muslims, but then more than a dozen police officers and a few leaders have been punished. Recently, Bilkis Bano was awarded Rs 50 lakh compensation by the Supreme Court. There is no denying the unfortunate segregation of Muslims and Hindus in Gujarat, yet life has not come to a halt for Gujarati Muslims.

In 2014, the Narendra Modi government took office. Soon after, there were cases of mob lynching on allegations of possession of beef. Muslims suffered the most and some 35 people were brutally killed. This is a challenge not for Muslims but for the government — any state that cannot even ensure the security of life of its citizens theoretically loses the right to allegiance from the people. Subsequently, the PM himself had to condemn the so-called gau rakshaks as criminals. Love jihad too dominated the public discourse for some time, leading to even the Supreme Court ordering an NIA probe. The NIA did not find any evidence of motivated and systematic love jihad.

The Modi government did make triple divorce a big issue and after the Supreme Court judgment, made it a criminal offence. While this author is opposed to the use of criminal law in civil matters, this cannot be termed as an entirely anti-Muslim step as within the community, liberals are in any case opposed to instant triple divorce. Some orthodox ulema, following the example of the second caliph, do not mind the invocation of criminal sanctions for triple divorce if the validity of divorce is acknowledged. In reality, if the Modi government compels Muslims to follow the more rational Quranic procedure of divorce, they cannot really complain.

Coming to three major issues that the BJP has been consistently raising — the uniform civil code (UCC), construction of a Ram temple and abrogation of Article 370 — none of these is a question of life and death for Indian Muslims. The UCC exists in several western countries yet Islam continues to thrive there. As far as India is concerned, the UCC can certainly be used to polarise voters but it is extremely difficult to enact such a code. Hindus themselves may not agree to it. The Law Commission (2018) recently said a UCC is neither desirable nor feasible. As far as the Ram temple is concerned, the Modi government has always maintained that it will go by the Supreme Court’s decision. In all likelihood, the ongoing mediation will now come up with a solution. Muslims are more than willing for a negotiated settlement. As far as the abrogation of Article 370 is concerned, it is not an issue of Muslims but of federalism and the autonomy of Jammu and Kashmir. If J&K’s legislative assembly gives its concurrence for abrogation, no one can raise an objection. In any case, Article 370 is now more like a shell that has been emptied of its contents.

If a government shows authoritarian tendencies, suppresses dissent, promotes corporate interests at the cost of the poor and keeps mum on the violations of fundamental freedoms of its citizens, it should worry the whole country. If regressive policies are pursued by any government, it will equally affect all citizens not just its minorities.

It was heartening to see the PM assuring minorities after his election as NDA’s leader. He will do some good to his own international image if he takes concrete steps to dispel the fears of minorities. Muslims should welcome his resolve of winning over what he rightly termed the “trust” of the minorities. Let the Modi government implement the BJP’s slogan of “justice for all, appeasement of none”. Muslims want nothing but justice.

The writer is vice chancellor, NALSAR University of Law, Hyderabad. Views are personal