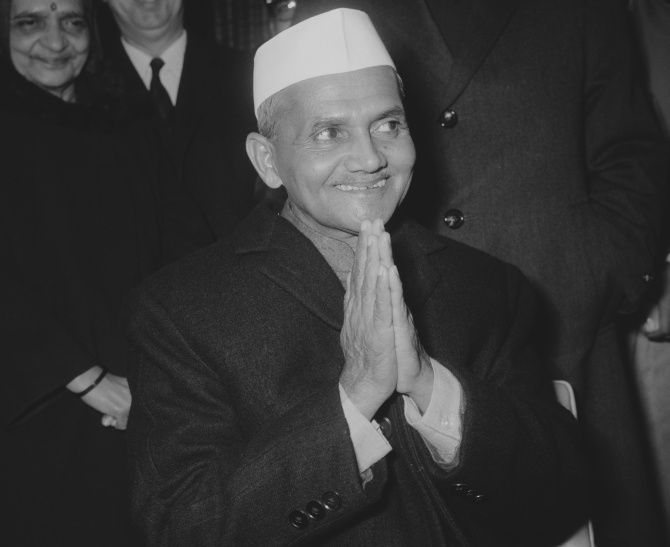 Surinder Mohan Singh Chadha, or Moni as he likes to be called, was a month short of 29 when he was sent packing on a special plane to Tashkent in January 1966.

Now the capital of the sovereign state of Uzbekistan, Tashkent was then under Soviet control and in the days following Chadha’s arrival, witnessed events of historic magnitude.

A treaty between then prime minister Lal Bahadur Shastri and then Pakistani president Ayub Khan was signed, effectively ending the India-Pakistan war of 1965.

An under-secretary in the ministry of external affairs in 1966, Chadha had been tasked with bringing Shastri’s body back to India.

But Chadha was appalled by what he saw in the film. “For a film so well made, it got basic facts wrong,” he says.

What alarmed Chadha even more was the fact that several acquaintances, now enjoying their retirement with brunches at Delhi’s Gymkhana Club, have walked up to him and asked him if what The Tashkent Files alleged about Shastri’s death was, in fact, true.

Was he poisoned to death?

Were the Soviet or American secret services behind his ‘assassination’?

Or was he killed by those who wanted Indira Gandhi to become India’s prime minister?

Chadha meets me in the lounge at Delhi’s India International Centre to narrate the events of January 1966. “I never spoke about my time in Tashkent because I never thought it was needed. I only wrote about it in my book, which was really my life’s story,” he says.

His book, By the River of Silver: Diplomatic Chronicles from a Life in Six Continents, has just one chapter dedicated to Shastri’s death, which is by no means as dark and mysterious as The Tashkent Files.

“I was the lowest of the species in the ministry and had travelled across the world for various postings. Around 1964-65, I visited T N Kaul, the Indian ambassador to Moscow, in his home. His Indian cook, Mohammed Jan, was also there. I had sampled his cooking on a couple of occasions. Can you believe that they even got his name wrong in the film?”

The Tashkent Files called him Jan Mohammed. It also slyly implied that the Muslim chef could have been behind the death of the Hindu prime minister. “On December 31, 1965, I was sent on a mission to assist Shastri for the Indo-Pak conference and I reached before him to ensure all the arrangements were in order. Shastri was housed in a bungalow called a dacha — not dhacha as the film calls it. Though seemingly minor — these mistakes are not germane to the mystery — they point to the idiocy of these people.”

“Right next to the dacha, there was a modern hotel that housed Kaul, Kewal Singh (India’s then ambassador to Pakistan), Swaran Singh (then India’s foreign minister) and I J Bahadur Singh (then additional secretary at the foreign ministry), among other officials. Our rooms were all in one row. All other journalists and media personnel, nearly 40 of them including Kuldeep Nayar, were in a hotel far away,” says Chadha.

“The impression given in the film that Kuldip Nayar was in and out of the dacha or even Shastri’s bedroom is not true. Nayar was a great journalist and a good person, but at that time, he was just one among several others.”

Film-maker Agnihotri also claims that Nayar, a few hours before his death in 2018, revealed some crucial ‘facts’, which were yet unknown, about Shastri’s death which made him completely change the climax of the film.

“In my opinion, it is absolute nonsense. Nayar always made one point and remained consistent about it: That it is opinion that Shastri did not die naturally.”

Chadha says the events of January 10, 1966, the evening the Indo-Pak treaty was signed, are as important to put the events of Shastri’s death in perspective.

“When the conference ended, there was unusual bonhomie between the Indian and Pakistani delegates. This was in stark contrast to the hostility at the beginning of the conference when Ayub Khan did not even shake Shastri’s hand.”

It took great diplomacy and shuttling between the dachas for Soviet statesman Alexei Kosygin to convince Shastri to return the Haji Pir Pass to Pakistan, a territory that India had won after losing over 1,000 of its soldiers.

“But Shastri agreed to return this territory as a peace gesture,” says Chadha.

“This is when Khan and Shastri began talking to each other. Finally, when the agreement was signed, Khan really thought Shastri was little short of being a peer (saint) himself. Inside a little meeting room at my hotel, there was an atmosphere of celebration.”

“The only person who sat in one corner and sulked was Zulfikar Ali Bhutto, Pakistan’s foreign minister, who never spoke to anyone in the room.”

“We all partied till nearly 10 pm and I went back to my hotel room to sleep. I was woken up at about 1.30 am by one of the officers and told that Shastri had died. We all immediately reached Shastri’s dacha and within half an hour, we all had our duties made clear to us. My officers told me that a special plane had been arranged to take Shastri’s body to India and I was to be in charge of this.”

“I called my colleague in Defence Colony who first thought I was playing a prank. After I convinced him, he rushed to Dhamija’s residence and the protocol was put in place.”

At Tashkent airport, everything was arranged on the spur of the moment. “Kosygin and Ayub Khan were present, as were other dignitaries. I was bearing one edge of the coffin on my shoulder and could not see exactly who was present.”

“I saw Khan coming in front of me and I got out of his way. Khan had tears running down his face, bearing the coffin and walking to the plane. Why did journalists like Nayar not report this?”

On the plane, the coffin was placed in the centre. Chadha, Shastri’s personal physician, R N Chugh, and Shastri’s joint secretary and close aide, C P Srivastava, sat around it.

“I had plenty of time to interact with both of them on the plane. They were both grieving.”

In his book, Chadha also writes that Chugh explained that the blotches on Shastri’s body — grist to the mill for conspiracy theorists — appeared in the process of attempting to preserve the body.

“I met Srivastava on several occasions later and we reminisced about 1966. There was not an iota of doubt about Shastri’s death.”

“So much has been made in the film about Shastri’s physician Chugh and his personal servant both dying in car accidents before they could testify in Parliament. But their deaths occurred over a decade after Shastri’s death, and more because of our abysmal traffic conditions than any plot to kill them.”

Two questions — why was an autopsy not conducted on Shastri’s body, and why are files pertaining to his death still classified — still remain.

“I was a young officer and I was rushing to the plane with the body. I cannot comment on why the autopsy was not done. It didn’t even occur to me to ask. The senior officers must have decided that the prime minister is dead, an autopsy is not required, especially since there was no suspicion about how he died. It was clear that he was a frail heart patient.”

“As for the CIA or KGB wanting to kill Shastri, would this have been the way to do it, at the peak of the Cold War? These rubbish theories are an insult to anyone’s intelligence,” says Chadha.

“I met people at the Gymkhana and they believed what was shown in the film. People who are sensible are now convinced of this film because they are light thinkers.”

They should be grateful they have Chadha to correct them.