The former banker said that he was informed by IAF officials within two days of the incident that the crash could have been a result of friendly fire. The father of Squadron Leader Ninad Mandavgane, who was killed along with six others as an Mi-17 helicopter of the Indian Air Force crashed in central Kashmir’s Budgam on February 27, has said that he is not interested in knowing who was at fault but that a thorough inquiry was necessary to ensure such incidents are not repeated again.

Reports of the air crash surfaced amid an air engagement between India and Pakistan along the LoC.

“I am not interested in knowing who is at fault and what punishment is given to them. But we want proper inquiry in this case so care must be taken to see that such incidents do not repeat. We have faith in Air Force to do it with utmost sincerity. My son has died in the battle and his death should be properly honoured,” Anil Mandavgane told The Indian Express.

The former banker said that he was informed by IAF officials within two days of the incident that the crash could have been a result of friendly fire.

“Two days after the incident, I was told by senior IAF officials as to what had actually happened. They had assured me that an inquiry was being constituted,” Mandavgane said. 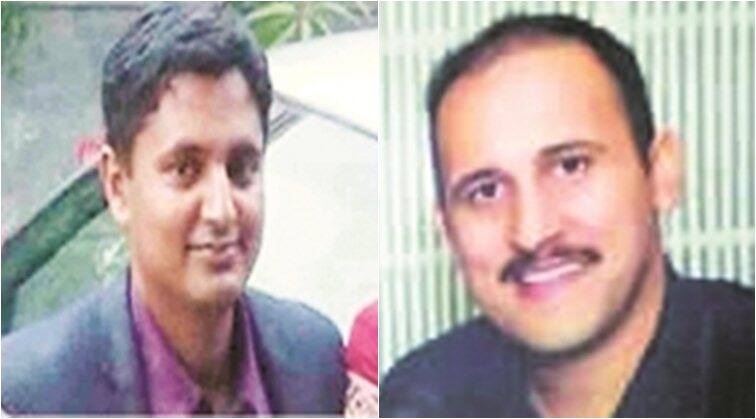 Meanwhile, Jagdish Chand Kasal, father of Squadron Leader Siddharth Vashisht who was also killed in the crash, refused to say anything about the ongoing Court of Inquiry (CoI) into the incident. However, his close relative claimed that Siddharth had seen the missile and had even alerted the air traffic controller (ATC). He said that the family knew something was amiss after they received a call from IAF officials. “The official had said that he will not be able to divulge any details on the phone,’’ said the relative. “It was evident to the family since the beginning that the chopper had not crashed due to any technical fault, it had been hit by something.’’

While security experts claim that that the pilot had not turned on the ‘Identify Friend or Foe’ (IFF) switch, and that the ATC had failed to direct the chopper into the designated safe entry channel for the base when enemy aircraft were being engaged a few kilometres away, the relative who did not want to be identified, said, “IAF pilots use the IFF switch when they go out of the range of ATC or when they return. But in case of Siddharth, the Mi-17 chopper was within the limits of the ATC. Before crashing, Siddharth had noticed the missile and alerted the ATC. His audio was also recorded.”

On a recent visit to Srinagar, Siddharth’s parents and wife Aarti went to the site of the crash and even spoke to some eye-witnesses.

Aarti is a Squadron Leader who was also posted in Srinagar at the time of the incident. Siddharth was the only son of his parents and youngest of three siblings. The family lives at Sector-44 in Chandigarh.

A fourth-generation member from his family in the armed forces and an alumnus of DAV College, Sector 10, Siddharth (31) was commissioned into the IAF in 2010 and had received commendation for his role in the rescue operation during the Kerala floods.

Late Squadron Leader Ninad is survived by his wife Vijeta, a two-year-old daughter and parents Anil and Sushma. His brother Neerav is a chartered accountant and is based in Germany.

Born in 1986, Ninad completed his initial studies at the Bhonsala Military School before joining Aurangabad’s Services Preparatory Institute which was set up by the Maharashtra government to help train defence aspirants. He joined the IAF in 2009 and was promoted as Squadron Leader in 2015. He reportedly served in Guwahati and Gorakhpur before his assignment in Kashmir.

The inquiry into the crash followed reports that the helicopter, which was returning from a routine logistics mission to Tangdhar, was shot down by an Israeli Spyder surface-to-air missile fired from the Srinagar air base at around 10 am, when Pakistan had attempted an airstrike at military installations in Rajouri sector of J&K. The IAF was at highest alert following the Indian airstrike on a Jaish terror camp in Pakistan’s Balakot.

The black box of the helicopter has not been found.