The Indian drug regulator has not granted indemnity against the costs of compensation for severe side effects to the manufacturers of any of the three Covid-19 vaccines to which it has issued emergency use authorisation. The head of the country’s Covid-19 Task Force on Friday stated that no decision has been taken yet on granting indemnity to any foreign or Indian Covid vaccine manufacturers and that these decisions are to be taken “in the interest of nation and people”.

NITI Aayog member (Health) Dr V K Paul’s statement came over the issue of offering indemnity to Indian vaccine manufacturers. He said the issue has come up in the context of foreign companies, specifically Pfizer, and that the government is engaging with the US pharma major and others making such a demand.

Domestic vaccine major Serum Institute of India (SII), according to news agency PTI, had sought indemnity from liability for its COVID vaccines, saying that the rules should be same for all the companies. The development came after requests for indemnity and exemption from bridging trials were made by Pfizer and Moderna to the government.

Elaborating on the issue, Paul at a press conference said, “In principle, they (foreign manufacturers) expect indemnity to be given. This is what they have said has been the case all over the world. We have also checked with other countries and the World Health Organization.”

“Yes, indeed they have supplied vaccines only after such indemnities have been given. This appears to be the fact. Particular companies have requested and we are in negotiation with them but there is no decision at the moment,” he added.

Asserting that the call on indemnity is to be taken in totality in the interest of nation and people, Paul said the government has kept a watch on the issue of security to local manufacturers but no decision has been taken it.

Further, in response to a question that if Pfizer vaccine, when available in India, will be considered for children between the age of 12 and 15 years, Paul said India is readying its own vaccines for children. 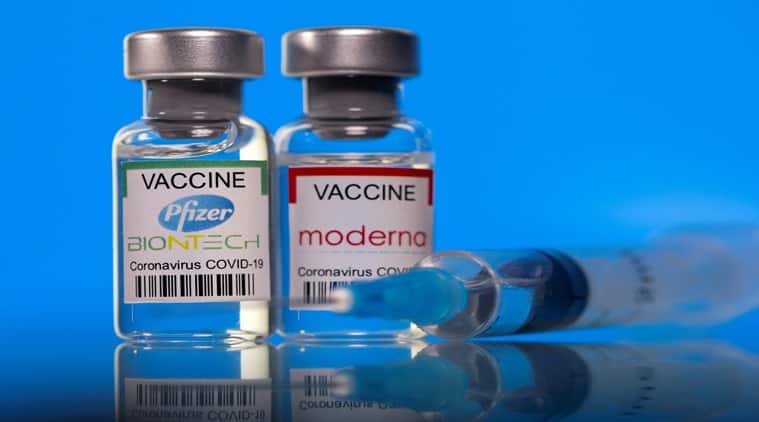 “Child cohort is not a small cohort. My rough guess is that if it is between 12 to 18 years, this itself is about 13 to 14 crore population and for which we will need about 25-26 crore doses.

“We cannot have some people getting and others not getting. So we will have to take this into account when we strategise and make a decision based on how many doses of which vaccines are available,” the NITI Aayog member said.

He added that besides Bharat Biotech’s Covaxin, Zydus Cadila’s vaccine is also being tested on children.

These pathways of decision-making and analysis are being actively considered and examined, he added.

Last month, Dr V K Paul had said that Pfizer has indicated that it would be able to make available a “certain amount” of its mRNA Covid-19 vaccine to India, “possibly starting in July”. He, however, clarified that the government was still examining the American pharma giant’s request for indemnity against the cost of compensation for any severe side effects.

The Indian drug regulator has not granted indemnity against the costs of compensation for severe side effects to the manufacturers of any of the three Covid-19 vaccines to which it has issued emergency use authorisation (EUA).

On May 29, as per a PTI report, Cipla, seeking fast-track approvals to bring Moderna’s single-dose COVID-19 booster vaccine in India expeditiously, had requested the government for indemnification and exemptions from price capping, bridging trials and basic customs duty, while stating that it is close to committing over USD 1-billion as advance to the US major.