Nishikant Dubey claimed Shashi Tharoor "surpassed all the limits of responsible behaviour" when he referred to B.1.617 as the "Indian variant" of coronavirus. 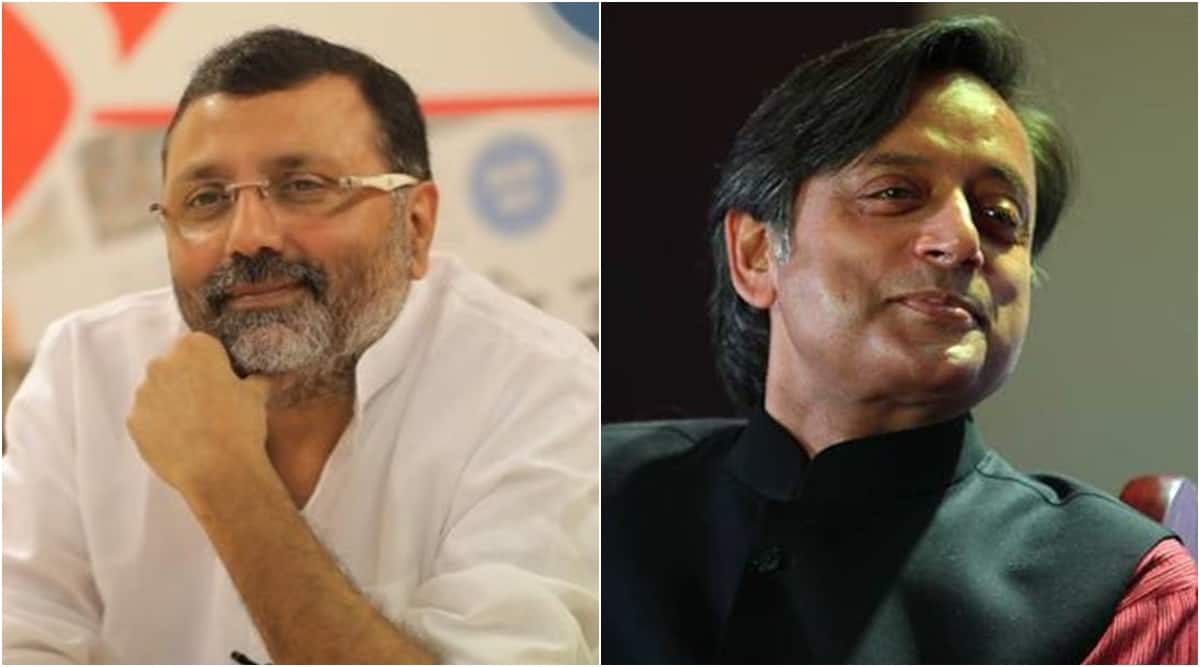 BJP leader Nishikant Dubey has written to Lok Sabha Speaker Om Birla asking him to disqualify Congress leader Shashi Tharoor from the Lower House. Dubey, who has targeted Tharoor in the past as well, claimed the Thiruvananthapuram MP “surpassed all the limits of responsible behaviour” when he referred to B.1.617 as the “Indian variant” of coronavirus.

Dubey has repeatedly criticised Tharoor on a number of issues, most of them linked to the Information Technology committee, which Tharoor chairs and he is a member of. He has on many occasions sought removal of Tharoor as the panel chairman.

In his letter to Birla on Monday, Dubey wrote, “Tharoor, who is a member of the Indian Parliament and has rich diplomatic experience, used the word ‘Indian Variant’ when WHO has itself said that there is no such variant. As per WHO, the nomenclature for this variant is B.1.617. It is beyond my comprehension why an Indian MP would use language that is unscientific and derogatory towards Indians. When the Government of India has already written to all social media platforms to remove usage of this word, it is embarrassing to note that a member of our esteemed Lok Sabha uses such discourse to shame the country and its people.”

“This time, he has surpassed all the limits of responsible behaviour through his recent tweets, which are in a way also helping our enemy country to echo in various international fora our nation as an incapable country without any vision,” Dubey said.

“Therefore, all his recent irresponsible acts call for his immediate disqualification from the membership of Lok Sabha,” he added.

Dubey’s letter comes in the wake of the BJP launching a campaign against the Congress and its leaders for a “toolkit” prepared by the Opposition party urging social media influencers and foreign media to defame India and the Prime Minister Narendra Modi-led government for its handling of the second wave of the Covid-19 pandemic.

Both the central government and the BJP have come under severe criticism for their failure to control the second wave, during which a number of people have died due to the shortage of hospital beds, medicines and oxygen cylinders.