Radia, whose name earlier figured in both The Panama Papers and The Paradise Papers, once again figures in the Pandora Papers with about a dozen offshore firms and a more detailed account of transactions executed by these firms including the purchase of a $251,500 watch in Dubai through one of her BVI companies. 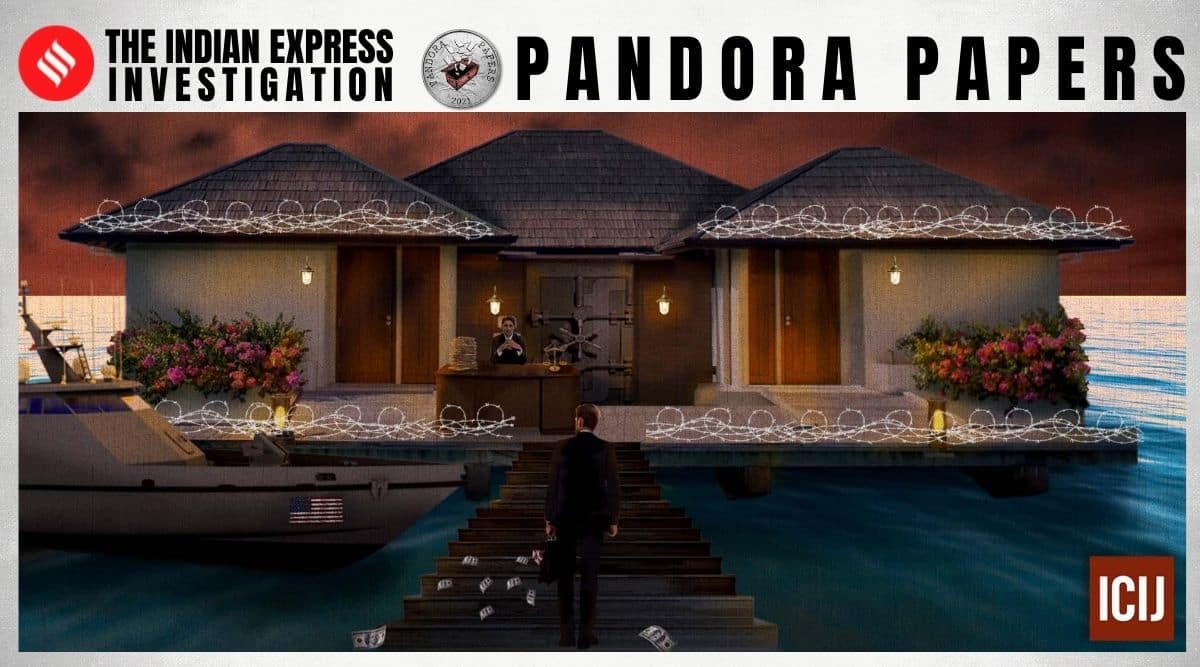 The Pandora Papers show that corporate lobbyist Niira (Nira) Radia is a “do not contact client” of corporate service provider firm Trident Trust Company BVI, who has been conducting her offshore transactions through London-based Sanjay Newatia, a former Credit Suisse banker.

Radia, whose name earlier figured in both The Panama Papers and The Paradise Papers, once again figures in the Pandora Papers with about a dozen offshore firms and a more detailed account of transactions executed by these firms including the purchase of a $251,500 watch in Dubai through one of her BVI companies.

The Trident Trust documents pertaining to Elmashe Holdings, Thyere, Zilla, Koios, Mehone and Nyine have listed Radia as the master client of these offshore companies with her Chattarpur farm address in Delhi.

Newatia hasn’t responded to a query from The Indian Express but in an email reply, Radia said, “I am alarmed and deeply anguished by yet another attempt by The Indian Express to malign my image. It is evident that your questions are an example of adventurous journalism. I have no shareholding in any of the companies mentioned in your mail; I do not recognize any of these companies and neither do I recognize the transactions which you have referred to… For the sake of completeness, 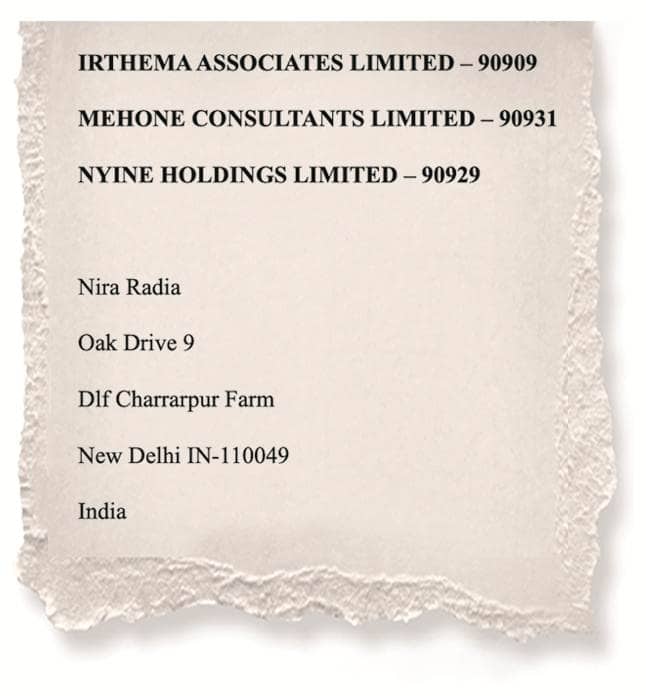 I also must state that I have always made true and accurate disclosures to all relevant authorities. My sister Karuna has never even heard of these firms mentioned by you. Mr Jehangir Pocha passed away in 2014 and we have no knowledge of his personal affairs.”

Radia was at the centre of a controversy in 2010 over intercepted phone conversations that came to be known as the Radia Tapes and suggested that she used her proximity with some journalists and politicians to try and influence ministerial appointments in UPA II.

Subsequently, Radia came under the scanner of several investigative agencies. In 2011, she closed down her public relations firm Vaishnavi Corporate Communications. However, this was not the only company that was shut down by Radia following the controversy.

The Pandora Papers show that in January 2011, Radia gave instructions to Trident Trust to close a Credit Suisse bank account of Roxbury Estates and transfer $97,860 from its account to another account, controlled by Radia through Irthema Associates, in the Zurich branch of the same bank.

This transfer request came with an instruction to “not contact the beneficial owner (Radia Nira)” as she is a “do not contact client” of Trident Trust.

Roxbury Estates, according to the company formation documents, was set up in January 2008 with Radia as its sole beneficial owner and Guardian Nominees Ltd, a company in Nevis, West Indies, as a nominee of the firm. In August 2009, Roxbury became the shareholder of a Cyprus firm and helped it open a bank account.

Menon is the owner of Tineos Ventures Limited and Pocha of Magnitude Enterprises Limited. The Trident Trust has tagged the accounts of Menon and Pocha with Radia. Pocha died in 2014.

The Trident Trust documents also show that in April 2009, Radia used Collets Trading execute two transactions. One, a $500,000 payment to Hongkong-based Fortune Exports for marketing and consultancy services and the second, $251,500 to purchase a diamond watch from Diamond Infinity DMCC. The purchase of the diamond watch even sparked a conversation between the employees of Trident Trust on Radia’s jewellery collection.

“..she(Radia) really does have amazing jewellery, I meet with her when she comes to London…,” said a Trident Trust employee while executing the transaction.

According to records, in July 2009, Radia bought 100,000 pounds worth shares of Unitech Corporate Parks Plc, a UK subsidiary of Unitech Ltd at an upper limit of 20 pence per share through Kingston International.

In 2012, the Serious Fraud Investigation Office (SFIO) began investigating the role of Radia and her firms in a Rs 1700-crore deal between Tata Group and Unitech in 2007.

This probe was a fallout of a larger investigation into the Radia Tapes. In March 2014, the SFIO informed the Supreme Court that it is planning to prosecute Radia’s firm for alleged violation of Companies Act. The agency is yet to prosecute the firms.