New coronavirus strain: The ministry has state governments to isolate those passengers testing positive an institutional isolation facility in a separate isolation unit coordinated by the respective state health authorities. 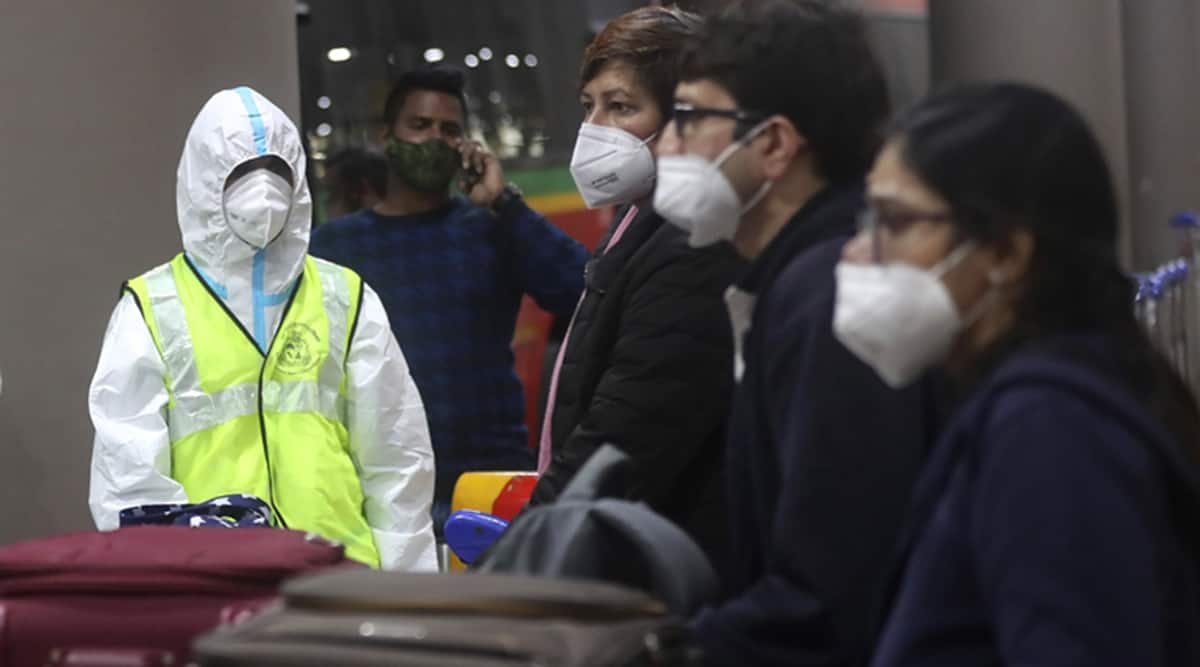 In view of the emergence of a new and seemingly more contagious coronavirus strain in the United Kingdom, the Health Ministry Tuesday issued Standard Operating Procedure (SOP) for passengers who have travelled from or transited through the UK in the past four weeks.

“In case of a positive sample, it is recommended that spike gene-based RT-PCR test should also be performed by an appropriate laboratory,” the ministry has said. The guidelines come a day after the government decided that all flights originating from the UK to India shall be temporarily suspended till 11:59 pm, 31st December.

The Ministry said this new variant of the virus was estimated by the European Center for Disease Control (ECDC) to be “more transmissible and affecting younger population”. “This variant is defined by a set of 17 changes or mutations. One of the most significant changes…may result in the virus becoming more infectious and spreading more easily between people,” the statement said.

The ministry also asked state governments to isolate those passengers testing positive an institutional isolation facility in a separate isolation unit coordinated by the respective state health authorities. “They would earmark specific facilities for such isolation and treatment. Necessary action to send the samples to National Institute of Virology (NIV), Pune or any other appropriate lab for genomic sequencing will be initiated at the facility level,” the ministry said.

It also said that all contacts (without any exception) of those passengers who tested positive upon arrival between December 21-23 would also be subjected to institutional quarantine. “Contacts of the suspect case are the co-passengers seated in the same row, three rows in front and three rows behind along with identified cabin crew,” the ministry said.

Passengers who are found negative on testing at the airport are advised to undergo home quarantine.

The ministry has also urged District Surveillance Officers to contact international travellers from the UK who arrived in India between November 25- December 8. The travellers are requested to self monitor their health. “If anyone amongst them develops symptoms, they will be tested by RT PCR,” the ministry said.

Meanwhile, adhering to the latest directive, the Chhatrapati Shivaji Maharaj International Airport (CSMIA) in Mumbai announced that all passengers arriving from the Middle East and European countries would be subjected to mandatory institutional quarantine.

“Passengers arriving from these regions will be transported by state officials to nearby hotels of their preference to undergo institutional quarantine for seven days at their own cost,” the state government said.

Three people arriving in India from Britain have tested positive for the novel coronavirus, a government official said on Tuesday, but it was not clear if they had a highly infectious new strain of the virus.

The central government on Monday had asked people not to panic and said the government was on alert about the new strain of coronavirus that has emerged in the United Kingdom.