In an uncertain world, the Japan-India relationship is a force for stability. 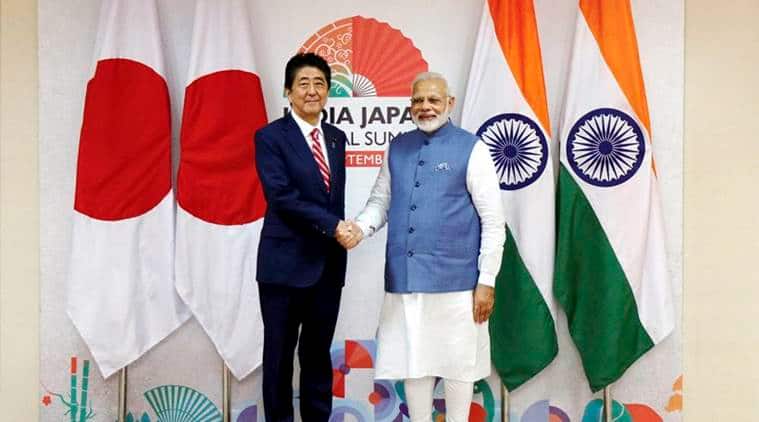 This year, the month of May has brought with it a breath of fresh air and a new ray of hope for both India and Japan. Today, India witnesses the inauguration of the second Narendra Modi administration. A strong and stable government in India, with renewed validation from the voters, is warmly welcomed across the globe, and not just in Japan. My congratulations to all the people of India, young and old, for the emphatic demonstration of their democratic will. We are confident that this administration will ensure greater prosperity and better lives for India’s people. And India will become an even more indispensable player for the peace and stability of the region and beyond. Japan wishes to be one of the most trusted partners of India in their joint quest for a better future.

Japan also entered into a new era earlier this month. May 1 ushered us into the Reiwa (“beautiful harmony”) era, with the historic succession to the Imperial Throne by His Majesty Emperor Naruhito. In this new era, Japan is fully committed to building upon the legacy of the past era and contributing to the peace, stability and prosperity of the world, even more proactively.

Japan is aware that such lofty aspirations cannot materialise without working together with friends. Japan and India are already blessed with warm friendship and solid trust. With the continuation of the Modi administration, Japan and India have been given a valuable chance to elevate our relationship to “greater heights”, as Prime Minister Modi assured Prime Minister Shinzo Abe.

To achieve this, Japan is willing to focus on the following three areas.

First, Japan and India will continue to team up for India’s economic and social development. Japan will vigorously support the people of India by meaningfully combining our official development assistance (ODA) and private sector engagement. Japan has been the largest supporter of India in terms of ODA and will further broaden and deepen its efforts. Big infrastructure projects such as Mumbai-Ahmedabad High Speed Rail as well as metros in Delhi, Mumbai, Kolkata, Chennai, Ahmedabad and Bengaluru are well known.

Japan has also been a long-standing advocate for bettering the lives of Indian people, including at the grass roots level, so that they can fulfill their potential. Take the example of Swachh Bharat, where Japan is assisting efforts to clean the Ganga, to construct sewage treatment plants, and to ensure better sanitation through reliable and affordable toilets. Women are at the center of our projects. Metro trains are providing comfort and safety to countless women going to work and supporting their families. We are building schools for disadvantaged people, so that children — girls, in particular — can have a bright future. Japan is also determined to support projects related to rural development, sustainable forest conservation and disaster risk reduction.

A vibrant private sector is an indispensable ingredient to our collaboration. Japan is already one of the largest investors in India and we expect even more Japanese companies to invest and operate here in the next five years. We hope the Indian government will continue its economic reform efforts to make the Indian market more investment and business friendly. Japanese companies will continue to bring technologies and skills in the manufacturing sector. But the window of business collaboration is wide open for digital, IT, AI and telecommunications. India’s incredible IT talents complement Japan’s technological vigour beautifully. Japan has established a start-up hub in Bengaluru which has attracted young talents.

Second, the partnership between Japan and India carries increasing weight for the peace and prosperity of a wider region. Our Special Strategic and Global Partnership is literally special, because it is supported by shared values such as democracy, freedom, and the rule of law. A free and open Indo-Pacific is a manifestation of our commitment to a stable and prosperous region that upholds these values. Working with other like-minded countries, including the US, ASEAN members and Australia, Japan and India are at the forefront of the international community’s increasing affinity for this concept. In particular, the Japan-India-US framework plays a key role as it has been elevated to the summit level.

Japan and India are collaborating on development projects in countries, in regions as diverse as South Asia and Africa, to translate this vision into a reality. Quality infrastructure holds the key to enhancing connectivity in the region, providing long-term and sustainable benefits. The most recent effort includes a joint collaboration with Sri Lanka to develop the Colombo South Port and make it a shipping hub of the Indian Ocean. Japan’s commitment to the development of and better connectivity in India’s Northeast is a part of our joint efforts for regional stability and prosperity.

Third, Japan and India will be true partners on the global stage, closely collaborating in such areas as the SDGs, United Nations reform, including Security Council reform, global warming mitigation and free and open multilateral trading systems. We are looking forward to a meaningful conclusion of the RCEP negotiations by the end of this year. As Japan hosts the G20 Summit Meeting next month and welcomes Prime Minister Modi, we would like to work with India on digital data governance, quality infrastructure and other international challenges and opportunities.

India could become the most populous country in the world by the end of the new government’s tenure, with its economy on a steady ascent. Prime Minister Abe stresses that “A strong India is in Japan’s interest, and a strong Japan is in India’s interest”. Building upon the trust between our two leaders, Japan-India relations will take greater strides in the coming five years. Our strong relations are not only for ourselves but for the entire humanity. In a world where uncertainties and unpredictability are pervasive, a firm Japan-India relationship exemplifies a strong force that promises stability.

At this critical juncture when India is leaping to further greatness coinciding with the 75th anniversary of her Independence in 2022, I am pleased that Japan and India have so many potential areas to tap jointly. We are ready to kick-start a fresh beginning in our relationship with our friends in India.