In the short duration it aired, the channel was mired in controversy. Also briefly named Content TV, it emerged across major DTH platforms nationwide on March 30, 2019. 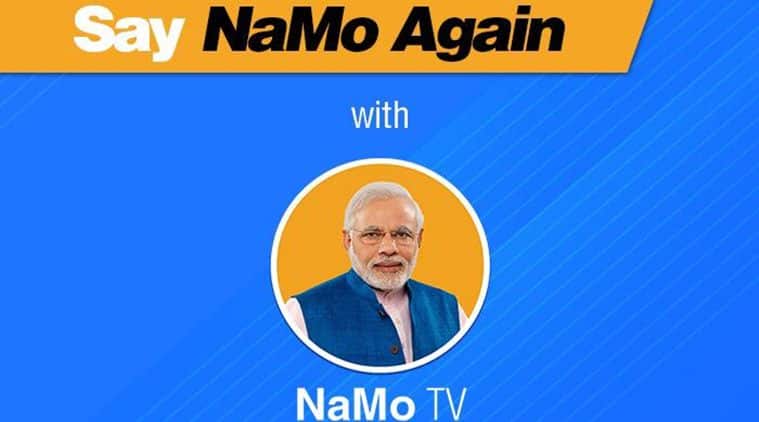 NaMo TV, a channel named after Prime Minister Narendra Modi and sponsored by the BJP to publicise the government’s achievements, went off air as campaigning for the Lok Sabha elections drew to a close last week. In the short duration, it aired, the channel was mired in controversy. Also briefly named Content TV, it emerged across major DTH platforms nationwide on March 30, 2019.

While initially there was secrecy over the ownership of the channel, the BJP later clarified that the NaMo App, of which NaMo TV is a part, was run by its IT cell.

“NaMo TV was meant as a tool of BJP campaign for the Lok Sabha election. With the polls over, it is no longer needed, so effectively from May 17, when all campaign has to be paused, it has also gone off air,” a BJP leader, requesting anonymity, told news agency PTI.

Several opposition parties, including the Congress and AAP, had complained to the Election Commission, asking if NaMo TV had obtained permission from the Ministry of Information and Broadcast and if parties could launch channels after the Model Code of Conduct kicked in. The I&B Ministry, however, maintained that the channel has been called a “platform service” of the DTH operators and hence did not require uplinking/downlinking permissions from the government and was out of its purview.

The Election Commission later ruled that the channel would have to comply with the 48-hour ‘election silence’ ahead of every phase of voting and that all expenditure incurred on programmes and advertisements on NaMo TV should be identified appropriately and attributed to candidates or political parties.

Many television service providers including Tata Sky, Videocon and Dish TV aired the channel as a free service to subscribers across the country. The channel was dedicated to the speeches and poll messages of PM Modi. The tickers at the bottom of the screen ran quotes of the prime minister — either from speeches or interviews to the media.