Faizan Mustafa writes: If RSS is interested in true nation-building, it should prevent ruling dispensation from continuing the colonial policy of divide and rule. 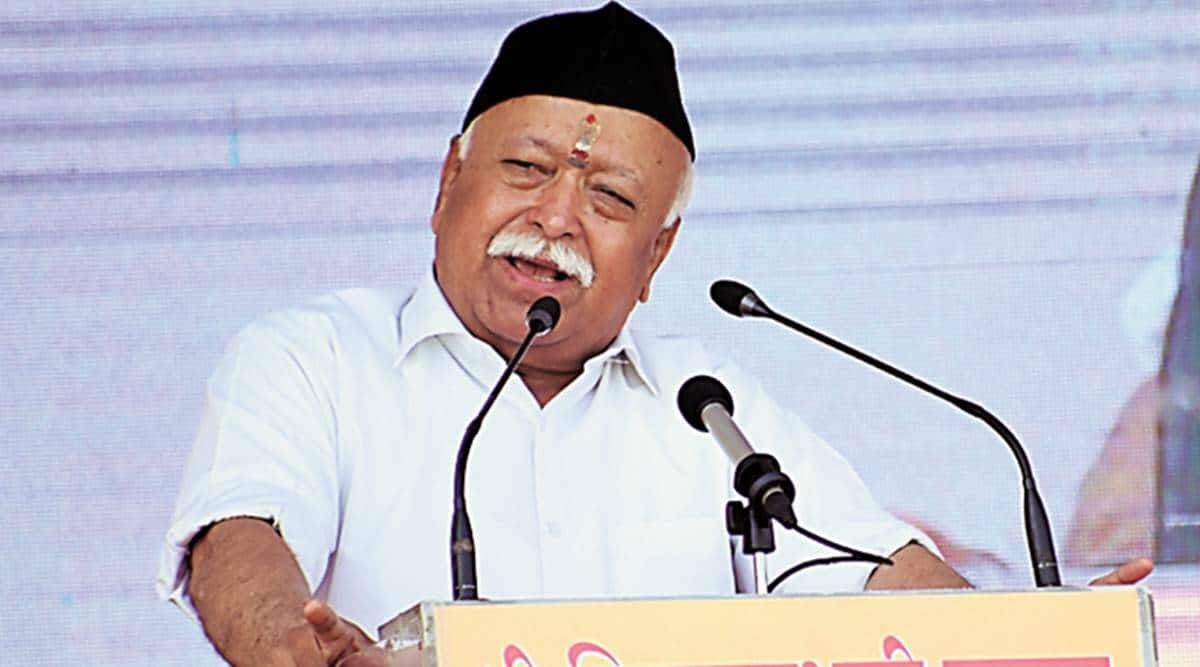 The RSS chief has once again made a positive statement about Indian Muslims while addressing some Muslim intellectuals in Mumbai. This author has consistently maintained that only Mohan Bhagwat can tame hardcore Hindutva foot soldiers and initiate Hindutva’s perestroika. Liberal scholars are not yet impressed because of the inconsistency in Bhagwat’s statements and because some BJP leaders continue to make highly provocative statements. The recent reference to “abba jaan” by the UP CM regarding food distribution was not only factually wrong but was also a clear case of hate speech.

Bhagwat himself is receiving brickbats from Hindutva groups and activists. Bhagwat was also criticised for his statement about Hindus and Muslims having the same DNA.

In his latest address, Bhagwat rightly blamed the British for sowing the seeds of communalism in India. He said that the British told Muslims that in a Hindu majority state, they would be at a receiving end with no power, position or influence. They similarly convinced Hindus about the dangers of staying with Muslims, who they claimed are by nature extremists. After 1857, the British adopted the systematic policy of divide and rule. Lord Elphinstone famously said that “divide et impera was the old Roman motto, and it should be ours.”

The British realised that despite the exploitation of peasants by the Mughals, people still saw them as their own. So, they encouraged enmity first between Muslims and Sikhs and underplayed the cordial relationship between Akbar and Guru Amar Das. Second, the British distorted history to demonstrate how Muslim rulers always discriminated against Hindus. To weaken the freedom movement, after 1870 and particularly after the formation of the Indian National Congress in 1885, the British changed their attitude of distrust towards Muslims and tried to emerge as their saviours.

Modern Hindu-Muslim identities were a British creation and the 1871 census greatly contributed to this. The British partitioned Bengal in 1905 to divide Bengali nationalism and brought the communal MacDonald Award with separate electorates, which eventually led to Partition. British officers pulled strings from behind the scenes to facilitate the Aga Khan-led Simla deputation of 35 prominent Muslims and the formation of the Muslim League in 1906. Lady Mary Minto’s diary referred to the statement of a top official who attended this meeting: “A very big thing has happened today. A work of statesmanship that will affect India and Indian history for many a long year. It is nothing less than the pulling back of sixty-two millions of people from joining the ranks of seditious opposition.”

Unlike the British and Taliban, India’s Muslim rulers had demonstrated tolerance and contributed to creating the country’s composite, syncretic culture. Shariah was not strictly enforced by Muslim rulers. The king’s sovereignty, rather than God’s, was the central concept of their statecraft.

After the conquest of Sindh in 712, Arab rulers treated Hindus at par with “people of the book” — Jews and Christians. Hindu places of worship were protected, grants made to Brahmans by the earlier Hindu kings were continued and the Hindu priests were given a share in the taxation. Similarly, there is no authentic evidence of large-scale forced conversions through the proselytising activities by the state. No authoritative source tells us even about the mass voluntary conversions by the Sufi saints, as is commonly believed by Muslims.

Though Islam prohibits idol worship, the Delhi Sultanate did not hesitate in constructing Hindu temples. In 1353, Firoz Tughlaq built a sun temple at Gaya. Its Sanskrit inscription mentions the sultan’s name twice. During the Tughlaqs’ reign (1320-1413), several Hindus were appointed as provincial governors. During the Delhi Sultanate, the extremely important revenue department was largely in the hands of Hindu Khatri officers.

Akbar’s attitude towards non-Muslims may be gathered from the following decree issued by him that “If a Hindu woman fell in love with a Muhammadan and changed her religion, she should be taken from him by force and be given back to her family. People should not be molested if they wish to build churches and prayer rooms or idol temples or fire temples.”

My teacher Athar Ali’s remarkable work on the composition of Mughal nobility has authoritatively proved that in 1595, out of 279 Mansabdar, 47 (16.8 per cent) were Hindus and as many as 75 were Shias. During Jahangir’s reign, out of 172 high holders of mansabs in 1621, 17.4 per cent were Hindus. During Aurangzeb’ rule, the figure reached 31.06 per cent. Even Marathas comprised some one-sixth of Aurangzeb’s nobles of 1,000 zat (horsemen) and above.

In 1584, Akbar issued a farman ordering his officials not to allow the slaughter of animals during the 12 days of the Jain Paryushan festival in the vicinity of Jains. Jahangir, out of respect for Jain subjects, used to abstain from non-vegetarian food on these days.

The ruling elite of all religions oppressed peasants, indulged in plunder and at times, for purely political reasons, destroyed religious places. But there was no state policy to promote hatred and hostility between ordinary Hindus and Muslims. Bhagwat is right. The British created this hostility. If the RSS is interested in true nation-building, it has to lead the battle against communalism and prevent today’s ruling dispensation from continuing the British policy of divide and rule.

This column first appeared in the print edition on September 25, 2021 under the title ‘Why Mohan Bhagwat is right about the Raj’. The writer is vice-chancellor, NALSAR University of Law, Hyderabad. Views are personal.