Prime Minister Narendra Modi, along with Uttar Pradesh Chief Minister Yogi Adityanath, ventured out on the streets of Varanasi in the early hours of Tuesday and visited the just-inaugurated Kashi Vishwanath Dham and the Banaras railway station.

In a tweet posted around 1 am, Modi said he inspected “key development works” in the temple town.

Varanasi is the prime minister’s parliamentary constituency since 2014. He arrived here on a two-day visit on Monday.

On Monday morning, Modi visited the Kal Bhairav Mandir. In the afternoon, he inaugurated the first phase of the ambitious Kashi Vishwanath Corridor project, being referred to as Kashi Vishwanath Dham, and in the evening, witnessed the spectacular Ganga “aarti” and a light-and-sound show from a river cruise.

A little past midnight, chants of “Har Har Mahadev” and “Modi, Modi” rent the air as the prime minister, surrounded by SPG security personnel, took a walk on the streets of Varanasi near the Godowlia Chowk, which was decked up to welcome him.

“Inspecting key development works in Kashi. It is our endeavour to create best possible infrastructure for this sacred city,” Modi said in his tweet. 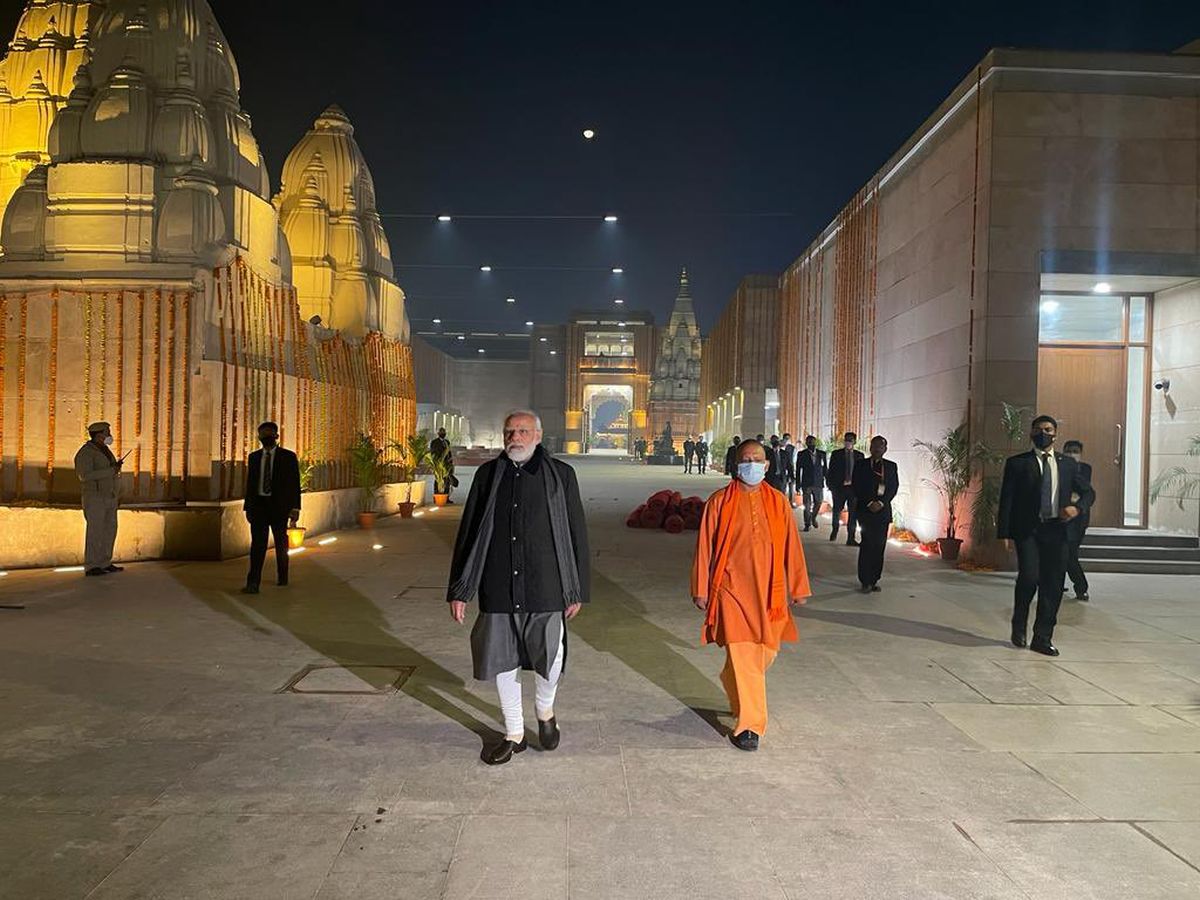 He also shared pictures of his late-night visit to Kashi Vishwanath Dham, which he dedicated to the people a few hours ago. 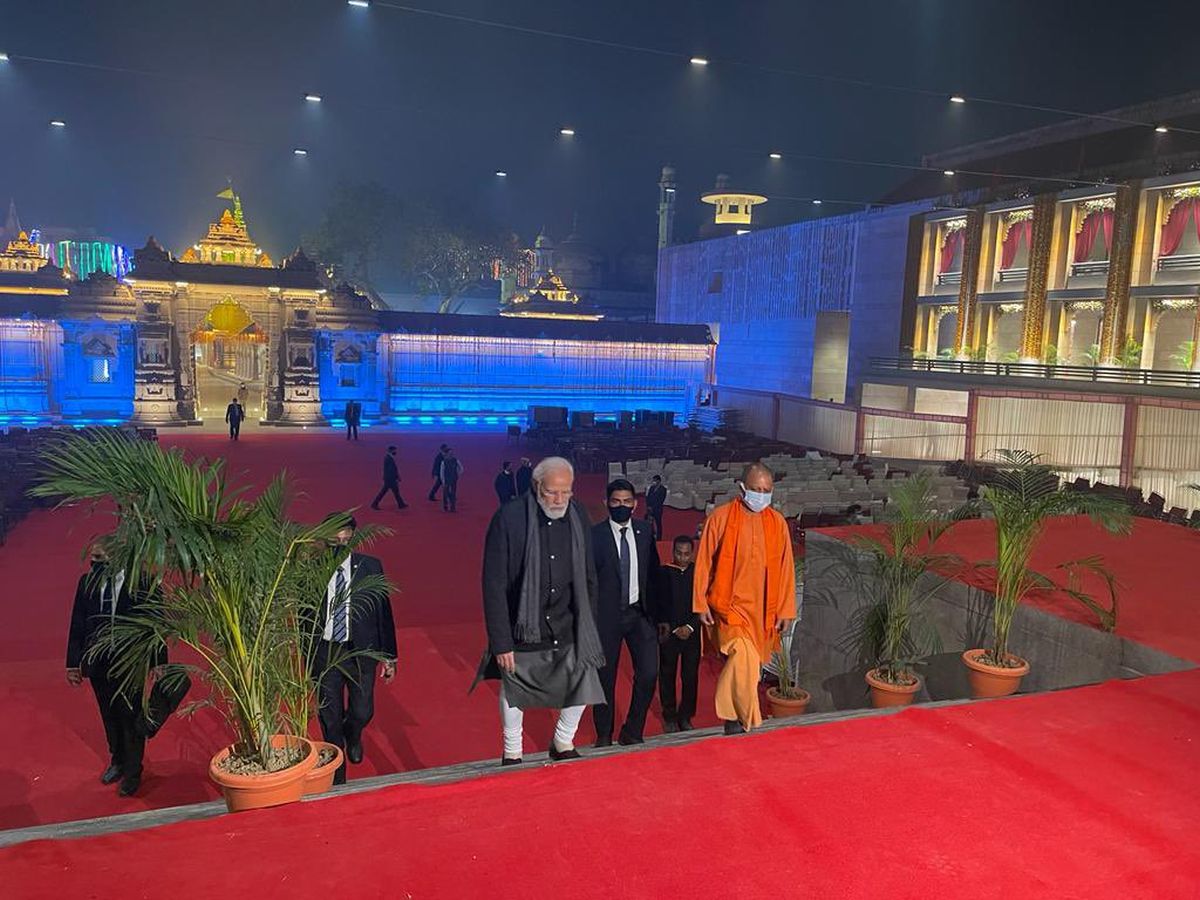 Clad in a grey kurta, white pyjama and a black jacket with a grey muffler thrown over it, Modi took the people walking on the streets by surprise, even as the security personnel tried to ensure that no one ventured close to him.

Later, in another tweet, the prime minister said: “Next stop…Banaras station. We are working to enhance rail connectivity as well as ensure clean, modern and passenger friendly railway stations.”

He also shared photos of his visit to the redeveloped station after 1 am. 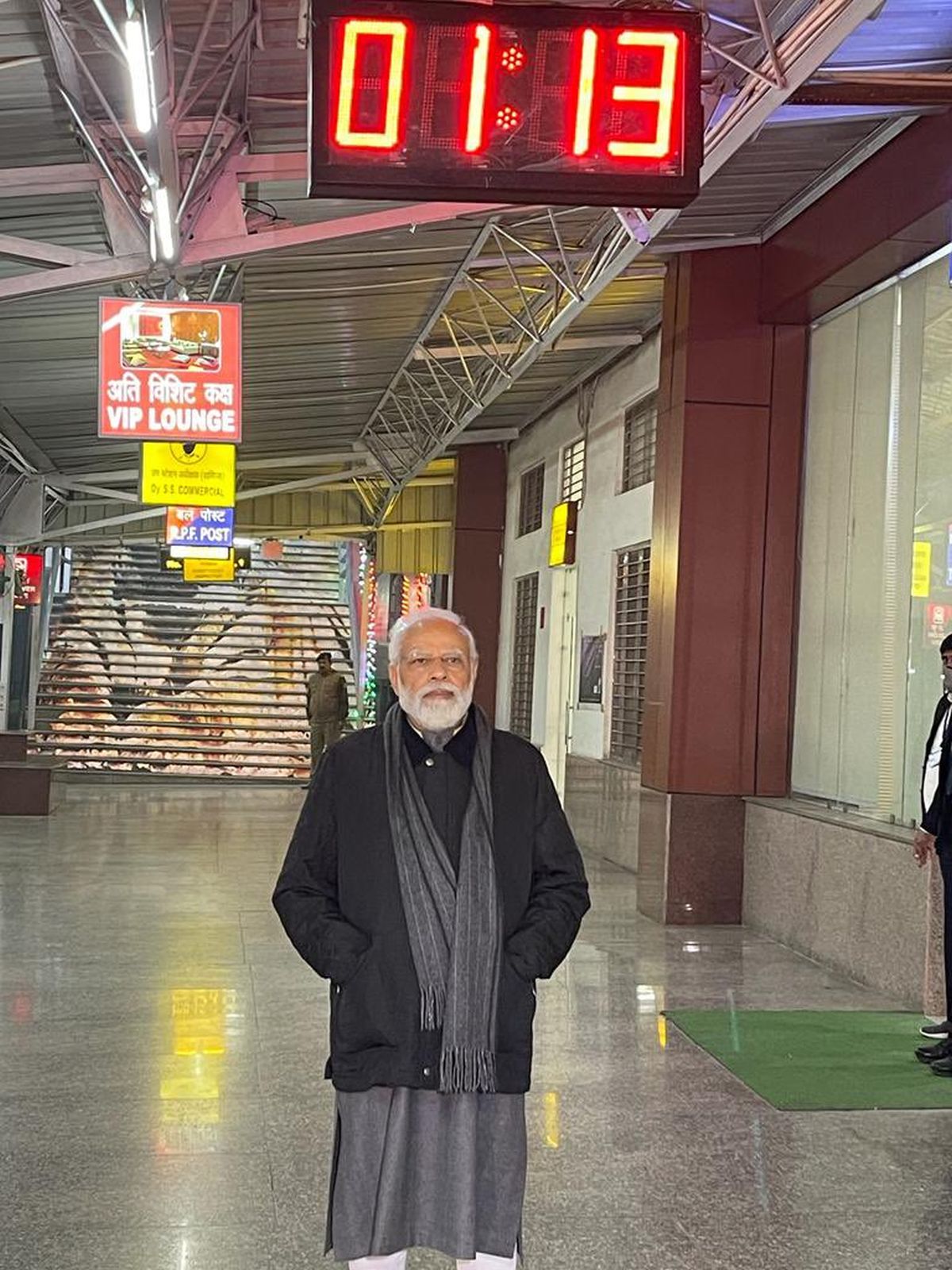 The Banaras railway station was earlier known as Manduadih and was renamed early this year.

The Twitter handle of the Indian Railways had shared pictures of the decorated station on Monday night. 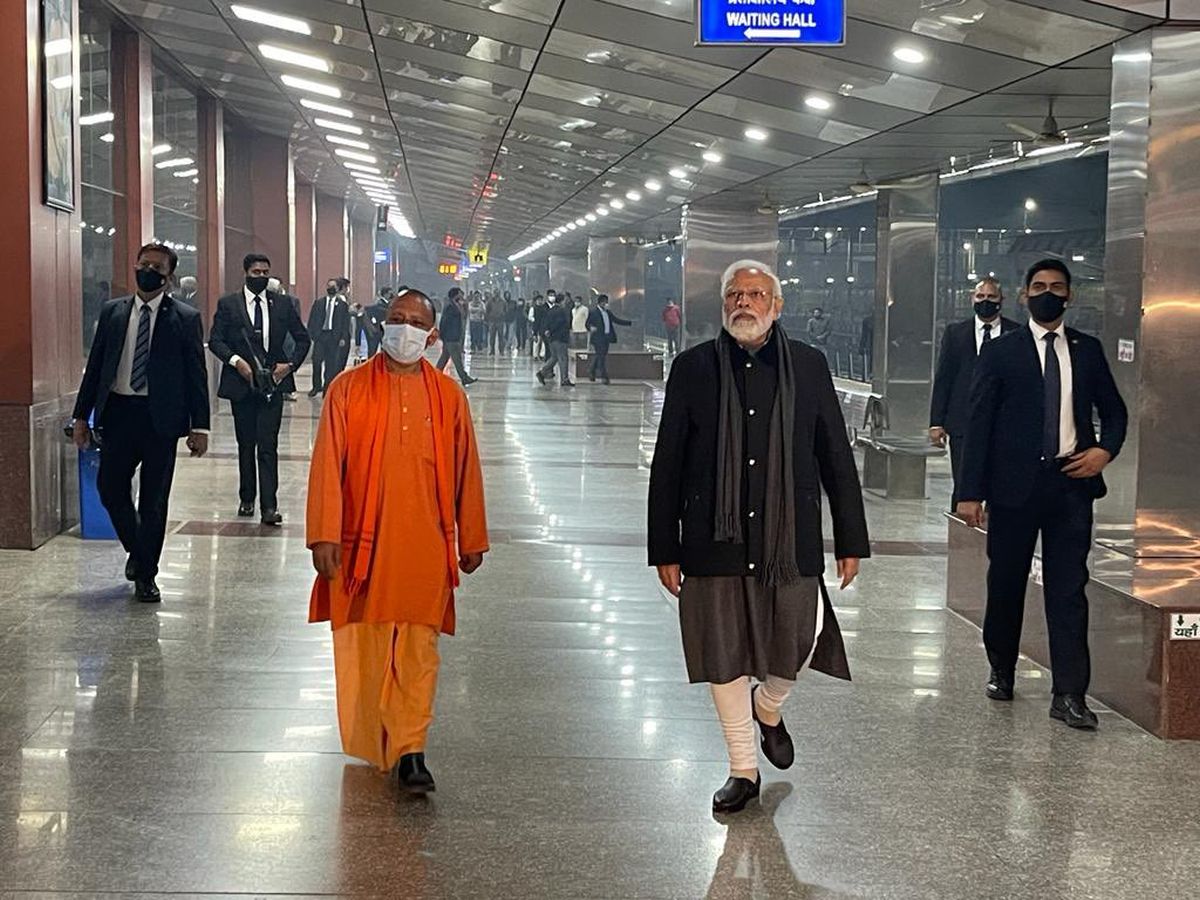 Amid chants of “Har Har Mahadev” and “Modi, Modi”, the prime minister was showered with rose petals and unbound adulation on Monday morning as he travelled through the streets of Varanasi, which have been plastered with huge posters bearing his image and greetings.

After his visit to the Kal Bhairav Mandir, the prime minister’s convoy was moving through the narrow streets when a man sought to offer a pink “pagdi” and a scarf to him, but the security personnel pushed him away.

Modi then motioned from inside the car and the man was allowed to offer the “pagdi” to him. The man, who was wearing a saffron robe, also offered a “pitambari” (saffron “angvastra”) to the prime minister, which he accepted with folded hands and a smile.