This is the third passenger train after Maitree Express (Dhaka-Kolkata) and Bandhan Express (Khulna-Kolkata) running between the two neighbouring countries. 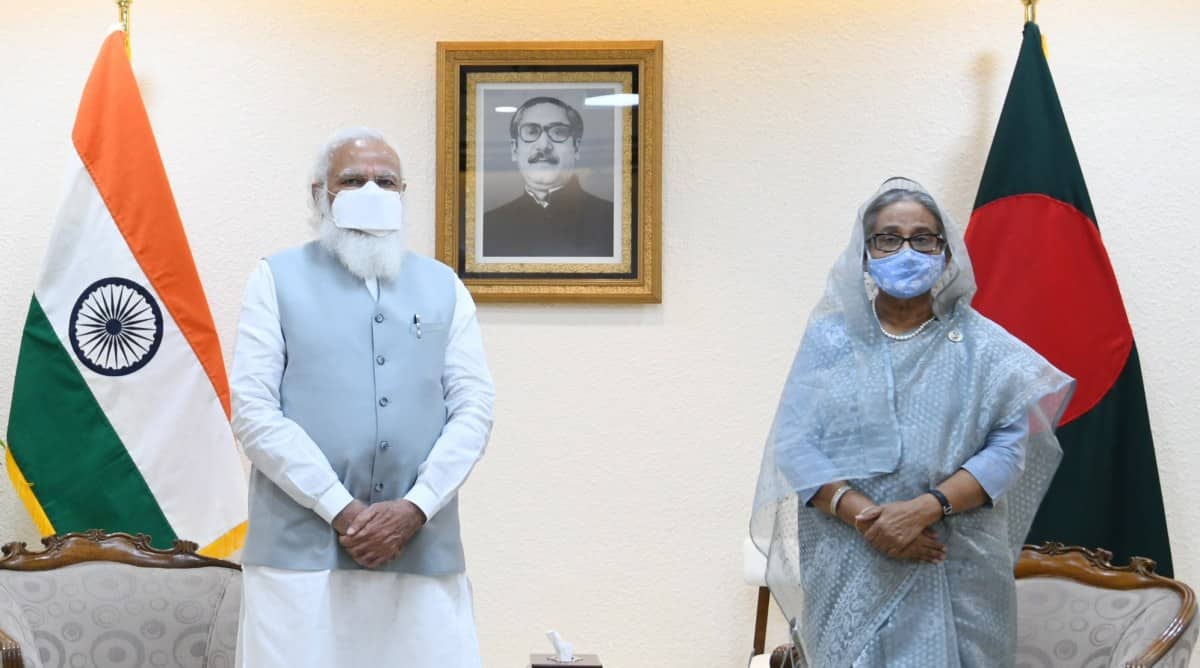 A new passenger train connecting Dhaka and New Jalpaiguri on the Indian side was inaugurated jointly by Prime Minister Narendra Modi and his Bangladeshi counterpart Sheikh Hasina via a video conference on Saturday.

This is the third passenger train after Maitree Express (Dhaka-Kolkata) and Bandhan Express (Khulna-Kolkata) running between the two neighbouring countries.

The new passenger train, ‘Mitali Express’, was jointly inaugurated by Modi and Hasina at 6:38 pm on Saturday from the Prime Minister’s Office in Tejgaon here via a video conference, local vernacular news website BanglaNews24.com reported.

The new inter-country passenger train was launched on the occasion of ‘Bangabandhu’ Sheikh Mujibur Rahman’s birth centenary and golden jubilee of Bangladesh’s Independence, it said.

Railway Minister Nurul Islam Sujan, Director General of Railways Dhirendra Nath Majumder and other senior officials were present at the Dhaka Cantonment Station during the inauguration.

Foreign Secretary Harsh Vardhan Shringla told reporters at a briefing that the service will start when normalcy is restored. Both countries had suspended railway services after the COVID-19 pandemic broke out.

The bi-weekly train has 10 coaches — four AC cabins, four AC chairs and two power car brake vans. It is expected to give a boost to tourism in both the countries.

Last year, India and Bangladesh resumed operations on the Haldibari-Chilahati route for goods trains after a gap of over 55 years. The four other rail links that connect the two countries are Petrapole-Benapole, Gede-Darshana, Singhabad-Rohanpur and Radhikapur-Birol. PTI SCY AKJ