According to Siam data, Indian auto companies sold 982,456 units of utility vehicles in the first half of FY23, a 50.29 per cent growth over the corresponding period last year.

Maruti Suzuki underestimated the speed of the sport utility vehicle (SUV) segment’s growth in the country and was now aiming to be number one in this section of the Indian car market, managing director and chief executive officer Hisashi Takeuchi said on Thursday.

Maruti was planning to launch its first electric vehicle (EV) by 2025 and that would not be “too late”, he said.

Tata Motors and Mahindra and Mahindra sold more utility vehicles than Maruti Suzuki in the first half of FY23, according to data from industry body Siam.

During a round-table with reporters at Auto Expo 2023 in Greater Noida, Takeuchi said the company was selling small cars (mini and compact cars) quickly.

“Our market share in entry-level cars and compact cars is nearly 90 per cent and 70 per cent, respectively.

“So, our market share is very high and the volumes that we are selling are also very good. We will keep this going,” Takeuchi noted.

The size of the total India auto market was increasing but that was largely due to the growth seen in the SUV segment, the MD and CEO of India’s largest automobile company added. According to Siam data, Indian auto companies sold 982,456 units of utility vehicles in the first half of FY23, a 50.29 per cent growth over the corresponding period last year.

Takeuchi said Maruti had identified the SUV segment as its weak area.

“Therefore, last year, we introduced the next generation Brezza. We also launched a completely new product Grand Vitara, and we did some minor changes in XL6,” he added. 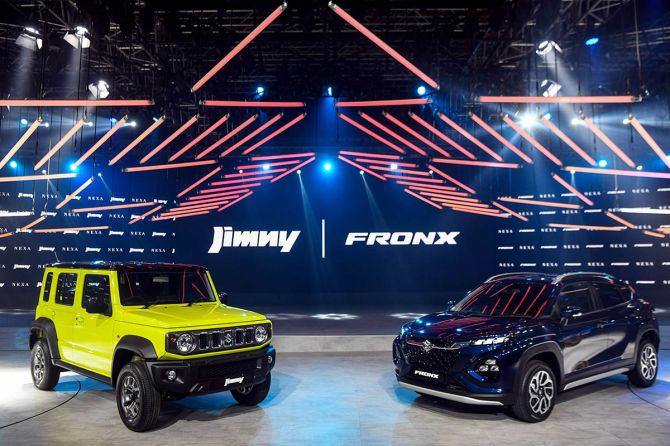 Maruti Suzuki on Thursday unveiled two new SUVs — the Fronx and Jimny — at the Auto Expo 2023.

“Now, sub-4-metre SUV (those with a length less than 4 metres) Fronx and Jimny have been unveiled and our line-up is getting very strong.

“With these two products, our aim is to get the number one position in the SUV segment.

“That will naturally contribute to achieving a higher overall market share in India,” Takeuchi said.

“Our forecast (in the past) also said that the SUV segment will grow in India, just like other parts of the world, but we underestimated the speed of its growth.

“Our introduction of new products is a little bit delayed.

“We understand this delay,” he said.

“We have a firm plan for EVs.

“We are developing an exclusive EV platform and it will take some time to make.

“This is the first product, so it is taking some time,” he explained. He said that India could not change 100 per cent from internal combustion engine (ICE)-run vehicles to electric vehicles in one day.

“That change will happen gradually.”

Meanwhile, what Maruti could do was develop and sell vehicles that run on alternative fuels such as compressed natural gas (CNG), ethanol, flex-fuel and hybrid mechanisms to reduce carbon emissions, he added.

“We will employ all potential and possible technologies in order to contribute to India.

“So, if the government wants to support those alternative technologies (fuels) also, it will help us contribute to India even better,” Takeuchi noted.