He also said a handloom craft village will be set up at Moirang as a tribute to the Indian National Army fighters, who hoisted the Indian Tricolour for the first time on Indian soil during the Second World War. 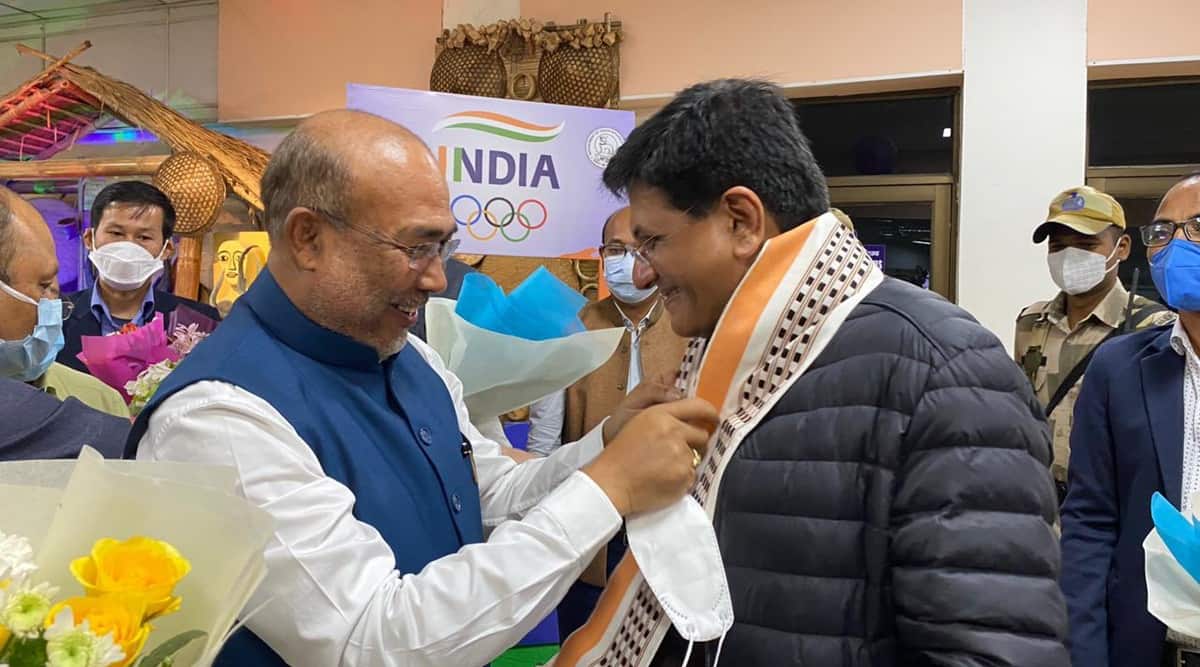 Union Minister of Textiles, Commerce and Industry Piyush Goyal Saturday announced that a mega handloom cluster will be set up at the native village of Olympics silver medallist Saikhom Mirabai Chanu in Imphal East district.

The proposed Rs 30 crore handloom cluster will be built at Nongpok Kakching village to honour Mirabai’s achievement in the recent Tokyo Olympics.

Goyal, who arrived in Imphal Saturday on a two-day visit, made the announcements during the Azadi Ka Amrit Mahotsav function organised in Imphal. He also said a handloom craft village will be set up at Moirang as a tribute to the Indian National Army fighters, who hoisted the Indian Tricolour for the first time on Indian soil during the Second World War.

The Union Minister said the country is yet to fully explore Manipur’s handloom and handicraft potential. He assured that the Ministry would extend all possible assistance in skill development, value addition, packaging, design, brand imaging among others.

Speaking of Prime Minister Narendra Modi’s strong commitment to develop the North East region, the Union Minister suggested the Chief Minister to request the Prime Minister to lay the foundation stone for the mega handloom cluster to be taken up at Nongpok Kakching under the National Handloom Development Programme.

Prime Minister Narendra Modi’s campaign for ‘Atmanirbhar Bharat’ had encouraged the people of the whole country to work hard for self-reliance, stating that every Indian should join hands to make the country’s economy self-reliant and make India a world superpower. As such, the people of India need to carry forward the Prime Minister’s slogan, ‘Sabka Sath, Sabka Vikas, Sabka Vishwas, Sabka Prayas’, he said.

Manipur Chief Minister N Biren Singh said Manipur’s handloom and handicraft products are unique and it has the potential to occupy a special place in the global market. He pointed out that Manipur has topped the list of Micro, Small and Medium Enterprise (MSME) business registration among the Northeastern states.

The Chief Minister also said that it is a matter of great pride that the state has many national awardees in the handloom and handicraft sector.