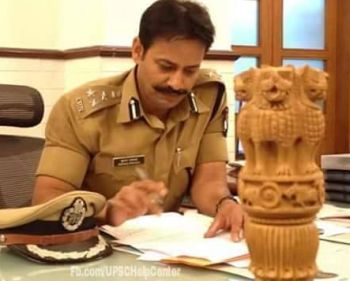 Three persons wanted for their alleged involvement in a murder case were caught following an encounter with police here in Maharashtra, an official said on Monday.

Pimpri Chinchwad Police Commissioner Krishna Prakash, who led the operation late Sunday night, “threw a tree” on the accused when they tried to escape following the confrontation and exchange of fire between the two sides, he said.

The three persons were wanted in the case of murder of one Yogesh Jagtap, who was shot dead in Pimpri Chinchwad area of Pune district on December 18.

“We have already arrested seven people in connection with the murder. An information was received late Sunday night that three other accused — Ganesh Mote, Mahesh Mane and Ashwin Chavan – were hiding in Chakan area,” a police official said.

The police received the information that the three accused were in a small room, located near a farm in Chakan area. Accordingly, police teams prepared to swoop down on them. However, the accused sensed the police presence and tried to run away. Two of the accused opened fire at the police team while trying to escape, the official said.

The police team also fired at the accused in retaliation, he said.

“The police commissioner then picked up a tree and threw it on the accused while they were trying to escape. All the three accused fell down and the police captured them,” the official said.

He said the police commissioner received minor injuries during the operation.