It was the second time Sarangi trended on social media, just days after images of him packing a simple bag in his modest thatched house before leaving for Delhi surfaced on Twitter. 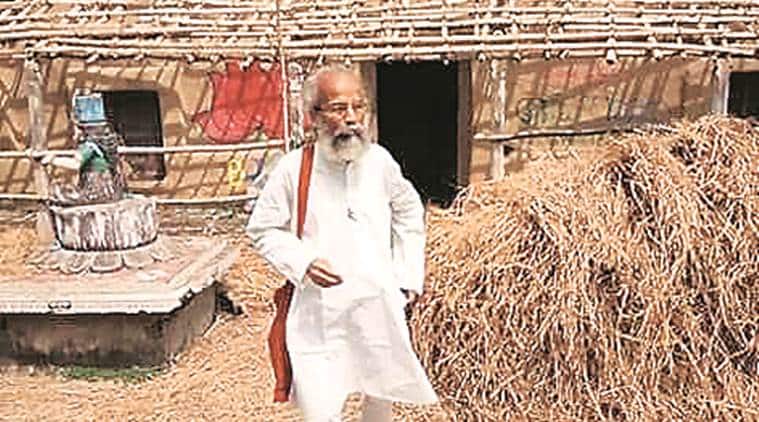 His was the 56th name of 58 called to take the oath of secrecy but when a 64-year-old man, frail with unkempt hair and a beard walked on stage, the applause from the 6,000-strong crowd in Rashtrapati Bhavan Thursday was thunderous.

And Pratap Chandra Sarangi, a first-time MP from Balasore in Odisha, was sworn-in as Minister of State in the second Modi government. It was the second time Sarangi trended on social media, just days after images of him packing a simple bag in his modest thatched house before leaving for Delhi surfaced on Twitter.

But in Odisha, Sarangi is known as an austere political activist, maverick and plain spoken. In a television interview to OTV, a regional channel, Sarangi was asked if he was “abibahita” (unmarried) or “brahmacharya” (celibate). Sarangi promptly said “unmarried” and then “no” to the question on celibacy.

Sarangi went on to explain that as a 28-year-old, he wanted to join the Ramakrishna Math and Mission at Belur Math to pursue spiritual salvation and even managed to meet Swami Atmasthananda who asked Sarangi if he had any dependents.

When Sarangi said he had an old and widowed mother who counted on him, he was advised to look after her. After that, he stayed unmarried and looked after his mother until she died last year.

Well known in coastal Odisha’s politics, Sarangi campaigning on a bicycle triumphed over two of the richest candidates in Odisha. While Navajyoti Patnaik, the son of state Congress chief Niranjan Patnaik, has assets in excess of Rs 104 crore, incumbent BJD MP Rabindra Jena’s assets were around Rs 72 crore.

Sarangi has also been deeply involved in local protests, such as anti-liquor movements and education and he had opened Samrkara Kendras in tribal villages under the Gana Shiksha Mandir Yojana in Balasore and Mayurbhanj districts.

Through his campaign in 2019, the issues in Balasore ranged from agriculture and chit fund scams to an inland waterway. Incidentally, Jena was questioned by CBI in 2016 during its investigation into the chit fund scam and many believe Patnaik spent little time in the constituency before the campaign.

On the other hand, Sarangi had an enthusiastic cadre. He had served as president of the Odisha Bajrang Dal unit and was previously a senior member of the state VHP unit.

Sarangi was twice elected to the Odisha Assembly. In 2004, he was elected as a BJP candidate and later as an Independent in 2009 from Nilagiri Vidhan Sabha constituency under Balasore Lok Sabha.

BJP Vice President Sameer Mohanty dismissed any question of a fall out with the party in 2009. “It may sound incredible, but the reason Pratap Sarangi fought as an Independent is because he lost the party ticket. He had kept the ticket in some bag and used public transport for travel and then lost the ticket. As nomination deadline was around the corner, he filed as an Independent.”