In The Lost Homestead: My Mother, Partition and the Punjab, Wheeler, the former wife of UK Prime Minister Boris Johnson, covers the complex subject of Partition as a very personal memoir of her Sikh mother's journey from Sargodha, now in Pakistan, to India and eventually to the UK. 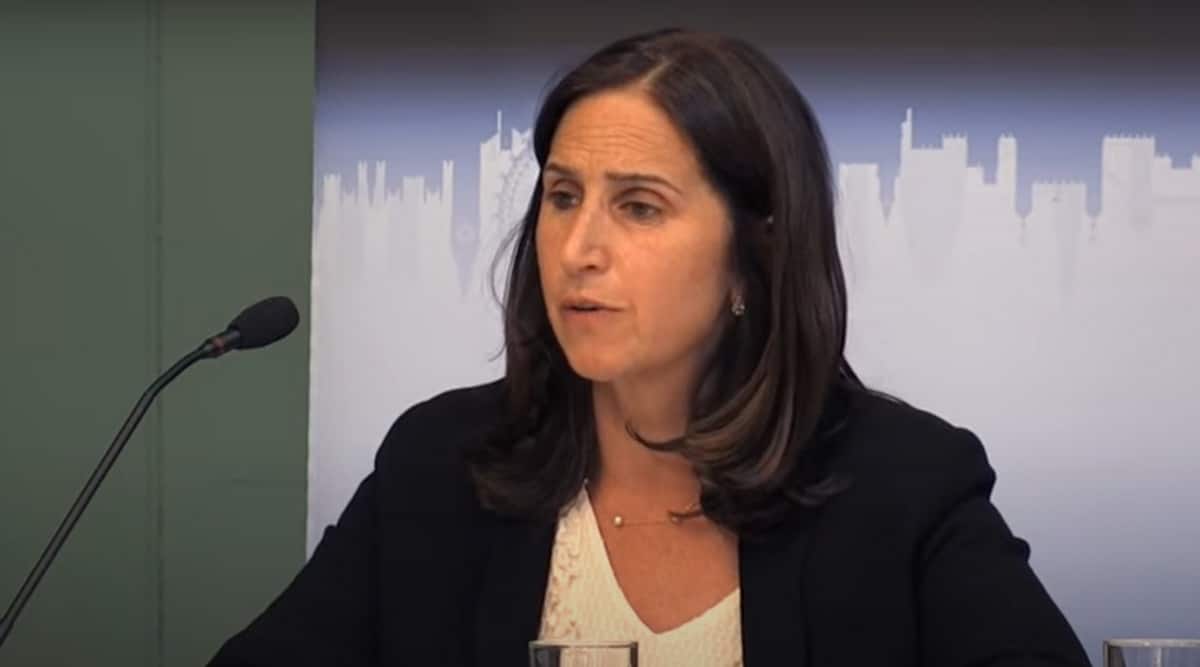 UK-based author Marina Wheeler, whose new book set against the backdrop of Partition in 1947 hits the shelves in India on Friday, wants to promote a better understanding of different perspectives of a difficult chapter in the shared British and Indian history.

In The Lost Homestead: My Mother, Partition and the Punjab, Wheeler, the former wife of UK Prime Minister Boris Johnson, covers the complex subject of Partition as a very personal memoir of her Sikh mother’s journey from Sargodha, now in Pakistan, to India and eventually to the UK.

After years of her own research on both sides of the border and some very intimate conversations with her mother, Dip Singh, who passed away earlier this year, Wheeler says she hopes the book will open up some new discussions.

“But on one condition, which is that people just need to slightly dial down the anger,” Wheeler said, during a Zoom interview with PTI.

“What I want people to take away from this is to make more of an effort of understanding the different perspectives. The India-Pakistan conflict doesn’t seem to be reducing, on the contrary it seems to be ratcheting up,” she said, adding that she wants her book to be seen as a ‘plea for better understanding’”.

“It’s quite an angry time, maybe to do with the Twitter kind of atmosphere. It would be good to move into just a slightly more measured, calmer way of discussing the world and relating to each other,” she said.

She admittedly tried very hard not to be drawn into the political aspect of the India-Pakistan conflict, instead hoping to offer a sort of cross-national perspective from someone who is half British and half Indian, with roots in Pakistan.

Her father is the late acclaimed journalist Sir Charles Wheeler, who met her mother Dip during his posting as the BBC’s South East Asia Correspondent based in Delhi.

Drawing on her mother’s oral history and accounts from her Indian family based in Delhi and Mumbai, Wheeler has tried to untangle the many interwoven threads of migration, belonging and learning from our history.

“What I’ve tried hard to do is try and understand the different perspectives. So, I hope that Indian readers will find that illuminating and interesting,” she reflects, as she notes that not only in the UK but also in India the younger generation don’t always know the detail of the events leading up to India’s Independence, Partition and the creation of Pakistan.

“I am very interested in that whole debate and I do feel that it is time for a more nuanced, balanced discussion about Empire that people embark upon without a preconception,” she says, in reference to the need for the British Empire to be incorporated in UK school curriculum.

“It’s very important to have that, particularly as the diaspora in this country from the Indian subcontinent is huge and from all over the Empire. That’s something, as I see it, to celebrate,” she adds.
While her research for the book involved two visits to Pakistan, the trips to India were multiple as she tried to cram in work on the sidelines of family weddings and functions.
The germ of the book was sown in 2017, when the 70th year of Indian independence was being widely celebrated, and with her elderly mother’s frailty in mind, Wheeler decided to embark upon a journey which inevitably became an exploration of her own roots.

The writing process came at a time of considerable personal turmoil for the very successful and busy 56-year-old constitutional and human rights lawyer, including battling a cancer diagnosis and the collapse of her marriage to Boris Johnson, then UK Foreign Secretary.
“I was a little bit sneery initially when my publisher referred to this as ‘my journey’ but actually in the end I found absolutely that is what it was. Doing the book and being able to reach back into my past and my family was very grounding. It was a healing experience,” she reflects.
And, about probing her mother to dig deep into her past, including the traumatic memories of being displaced from her childhood home for good, Wheeler feels that ultimately her mother was able to derive a lot of joy out of reliving the happier memories from her youth.

“She was very good at drawing the line in a way. At times she’d light a cigarette if she wanted me to leave the room, put on the radio or something. She was 85 when I started and I thought, I respect that; she had every right to determine how much delving around to allow of her life,” she recalls.

With the lockdown having scuppered all travel plans for book tours to India, Wheeler is now looking forward to the virtual Jaipur Literary Festival in the new year, during which she hopes to interact more directly with some readers in India.
Meanwhile, she hopes ‘The Lost Homestead’, which is published by Hodder & Stoughton, will highlight how the human stories mirror each other so much on both sides of the India-Pakistan border.

“Politics is a kind of messy business but underneath it all we are all just the same human beings who feel those raw things in exactly the same way,” she notes.