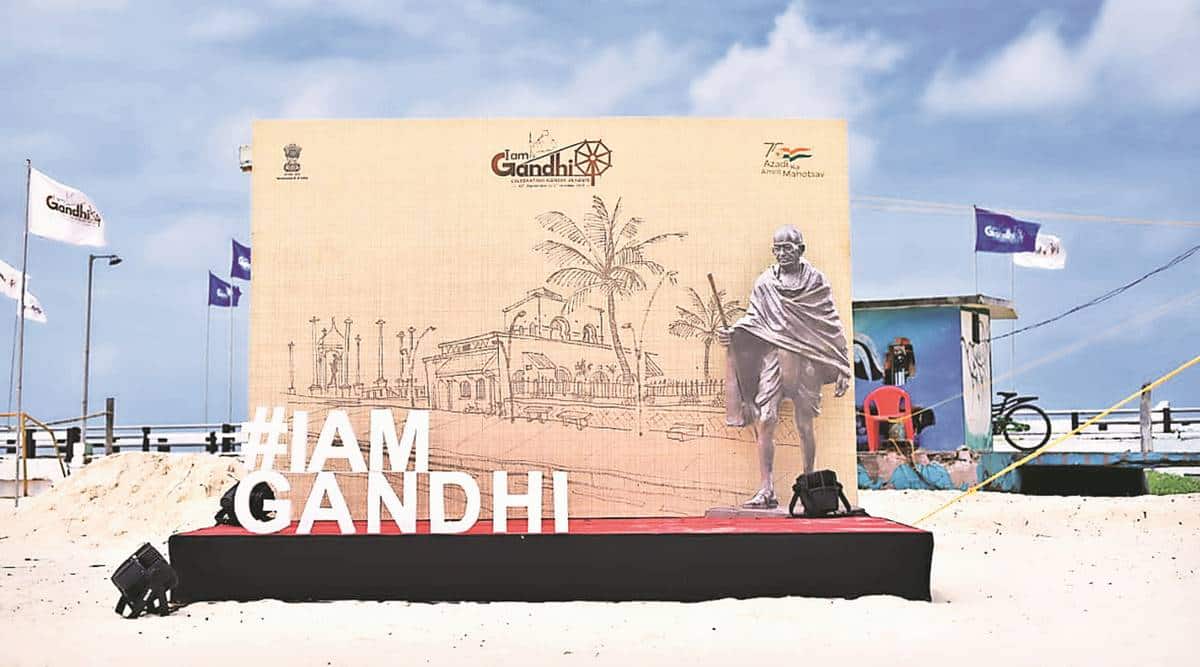 Defence Minister Rajnath Singh Saturday will unveil the first public statue in the Union Territory of Lakshadweep — that of Mahatma Gandhi.

The administration is organising a three-day festival as part of Gandhi Jayanti celebrations. The festivities will culminate Saturday with the dedication of the statue to the people.

In 2010, too, the administration had planned to install a bust of the Mahatma on Gandhi Jayanti. A sculptor from Kerala was contracted to make it.

The plan to put up the bust did not materialise, even though it was shipped to the archipelago.

Reports in the local press had then attributed this to pressure from residents. The administration denied any such pressure. After the reports emerged, VHP activists held protests near the Gandhi statue in Kochi, Kerala, saying they would do everything possible to get the bust installed.

“This will be the first ever statue to be unveiled in Lakshadweep islands to commemorate the contribution of our great freedom fighters who sacrificed their lives for the cause of India’s independence. It is a milestone for Lakshadweep to unveil the statue of the Father of the Nation on the day of Gandhi Jayanti and dedicate it to the nation on this auspicious occasion by the Hon’ble Defence Minister,” the administration said in a statement.

The contract or the new statue was awarded to Andhra Pradesh-based Sri Sai Baba Mega Silpasala in the second week of September. Costing Rs 8.2 lakh, it was made within 15 days.

Ali said the celebrations are drawing hundreds of visitors. “Before installation, there may have been politics, but it is not like that once it’s installed,” said the official. Asked about the older bust, he said that tracing it was difficult, as “no one maintained any records”.