ASHA workers are deployed to conduct door-to-door surveys of patients diagnosed with ILI and SARI, to distribute medicines and Covid kits to patients, to bring people suspected of infection to healthcare centres, and to identify primary and secondary contacts of each positive case 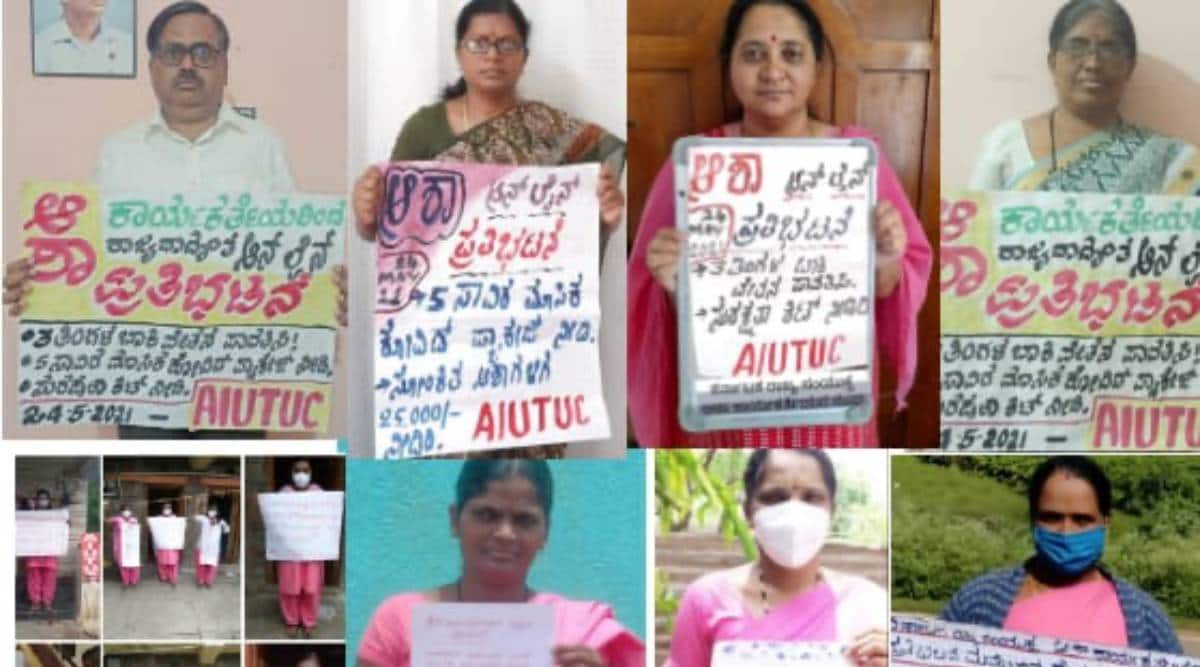 Over 42,000 Accredited Social Health Activists (ASHA workers) deployed across Karnataka, primarily as frontline warriors in the ongoing pandemic Covid-19, have alleged that they have not been paid for the last two months.

According to D Nagalakshmi, State secretary of Karnataka Rajya Samyukta ASHA Karyakartheyara Sangha, workers have not been paid by the government for over two months. “The fixed honorarium of Rs 4,000 which itself is an inadequate amount, has not been paid since March. Soon it will become three months since we got paid apart from false promises announced each time we protest,” she said.

Nagalakshmi added that she had submitted appeals to the State Health Commissioner, Director of the National Health Mission (NHM), and the ASHA Programme officer-in-charge of the state. 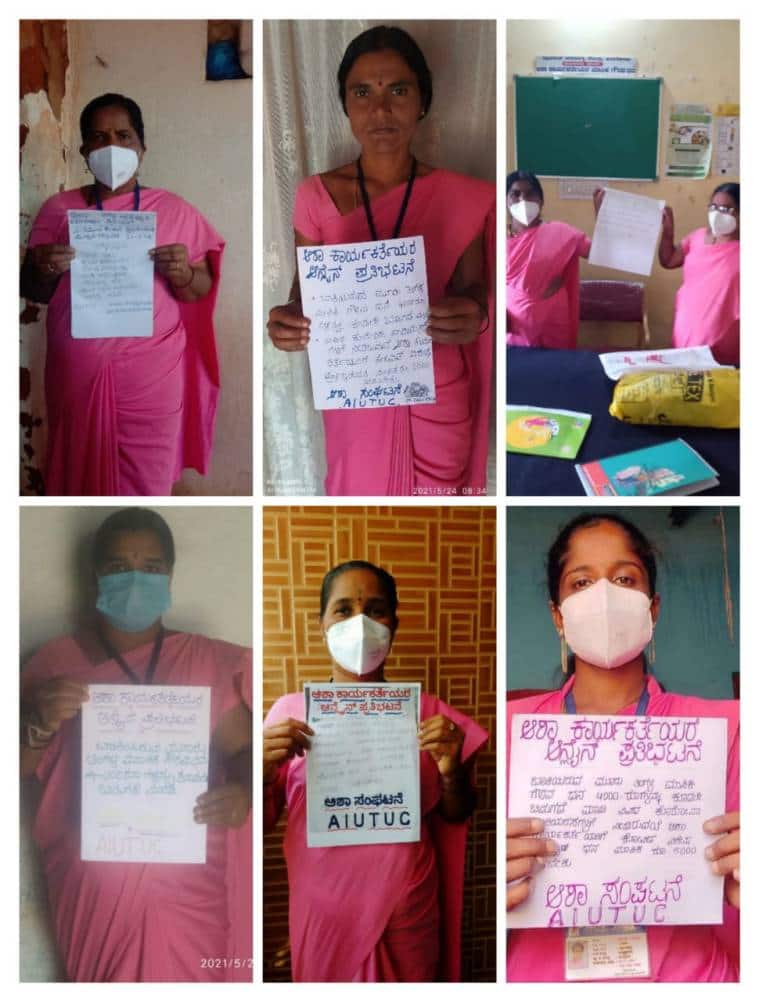 Meanwhile, Fathima, an ASHA worker working for the BBMP, pointed out the lack of personal protective equipment (PPE) kits, gloves, and masks provided to them. “While doctors and other paramedical staff wear PPE kits before interacting with Covid patients, we are not even given proper masks, forget good-quality PPE kits. We are often neglected just like how it was last year as well,” she said.

ASHA workers are deployed to conduct door-to-door surveys of patients diagnosed with Influenza-like Illness (ILI) and Severe Acute Respiratory Illness (SARI), to distribute medicines and Covid kits to patients, to get people suspected of infection to healthcare centres, and to identify primary and secondary contacts of each positive case.

D Umadevi, a worker from Yadgiri, said they were forced to do works apart from such designated tasks as well. “We are now also compelled to work in shifts at various vaccination centres, and are told to take swab tests of Covid-suspected patients. At times when we miss additional tasks, we are asked to quit by our higher-ups,” she said.

The ASHA workers now have demanded the government to define their roles and responsibilities. “We should be provided with a copy of the government order defining our role to avoid unnecessary confusion,” Umadevi added.

At the same time, K Somashekar Yadgiri, State President of the ASHA workers’ union affiliated to the All India United Trade Union Centre (AIUTUC) noted at least 20 to 40 workers were contracting the infection at frequent intervals in each district. “It is imperative that we are included in the list of frontline warriors identified by the state government to recieve Rs 5000 Covid risk allowance,” he said. He also urged the government to take steps to ensure Rs 50 lakh insurance compensation to those who have succumbed to the virus since last year.

Meanwhile, ASHA workers in the state boycotted their duties on Monday to take part in a nationwide online protest held by the All India Committee of Scheme Workers’ Federation of India.

In a bid to amplify the demands made by the workers, Janata Dal (Secular) leader H D Kumaraswamy urged the state government to resolve all issues they faced in a swift manner.

“Hardly 50 per cent of the ASHA workers in the state have received the honorarium in the last three months. As many as 16 workers succumbed to Covid but the government has paid a compensation of Rs 50 lakh to only one while forgetting the others,” Kumaraswamy said.

However, Health and Medical Education Minister K Sudhakar claimed the dues of ASHA workers in 17 districts of the state were already paid. “They (ASHA workers) are usually paid on the first week of every month. We have already paid ASHA workers in 17 districts and shall complete the same in the remaining (13) districts within two days,” he told reporters in Bengaluru and added, “Issues related to revised payments to them have to be discussed with the central government as they come under NHM.”