Colonel Sonam Wangchuk was awarded the Maha Vir Chakra, India’s second highest honour for courage, for wresting the first victory of the Kargil War.
Leading 40 men, his unit evicted 135 Pakistani troops in a three day battle fought in two feet snow and minus 6 degrees.
The war hero tells Rediff.com‘s Archana Masih that what he did was nothing extraordinary, it was just his duty as a soldier. 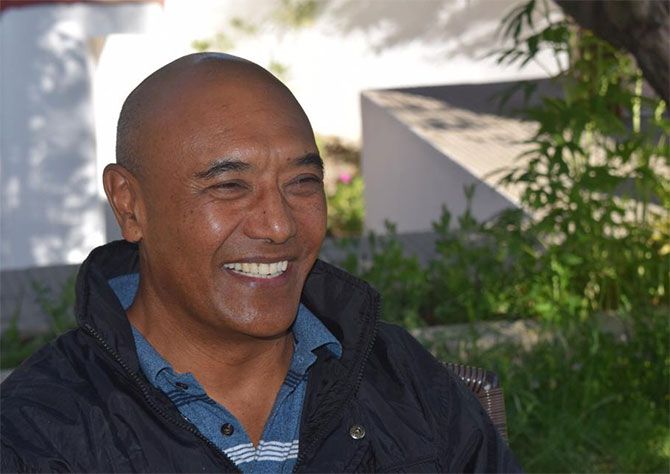 For a war hero often referred to as the ‘Lion of Ladakh’, Colonel Sonam Wangchuk speaks in a kind, gentle, voice.

The officer was honoured with the Maha Vir Chakra, the second highest medal for bravery, during the Kargil War and is one of three living MVC awardees from that war.

“The mission and my men — these were the only two thoughts uppermost in my mind. I had to focus on winning back that mountain pass — and on the survival of my men,” says Colonel Wangchuk over the phone from Leh in Ladakh where he lives after retiring from the Indian Army last year.

“An officer is accountable and responsible for his men. Self glorification does not work, your feelings and emotions have to be genuine. If that be so, your men will follow you through thick and thin.”

Colonel Wangchuk and his men wrested the first victory in the Kargil War. He was among the first soldiers to be recommended for a bravery award while the war was still being fought in the mountains along the Line of Control.

Six soldiers from Colonel Wangchuk’s unit won gallantry medals for the mission that lasted 3 days. They climbed a vertical mountain of ice at 18,000 feet in a single file with ropes and ice picks in minus 6 degrees temperature.

A wrong step could take them to death.

If detected by the enemy that had the vantage point on the ridge, a Pakistani bullet could kill any time.

Trekking through 2 feet snow, they launched an attack on Pakistani intruders, nearly 135 troops, who had captured Chorbat La, a strategic mountain pass in Ladakh.

Had Colonel Wangchuk and his men from the Ladakh Scouts not won back that important piece of Indian land, Pakistan would have been able to push a large body of troops and arms unopposed inside India.

It could have then blocked the important Leh-Khalsi road used for supplies and troop movement and made it impossible to access the Leh-Srinagar road.

Chorbat La had to be recaptured — and then Major Wangchuk and his men from the Ladakh Scouts accomplished it between May 31 and June 1, 1999. 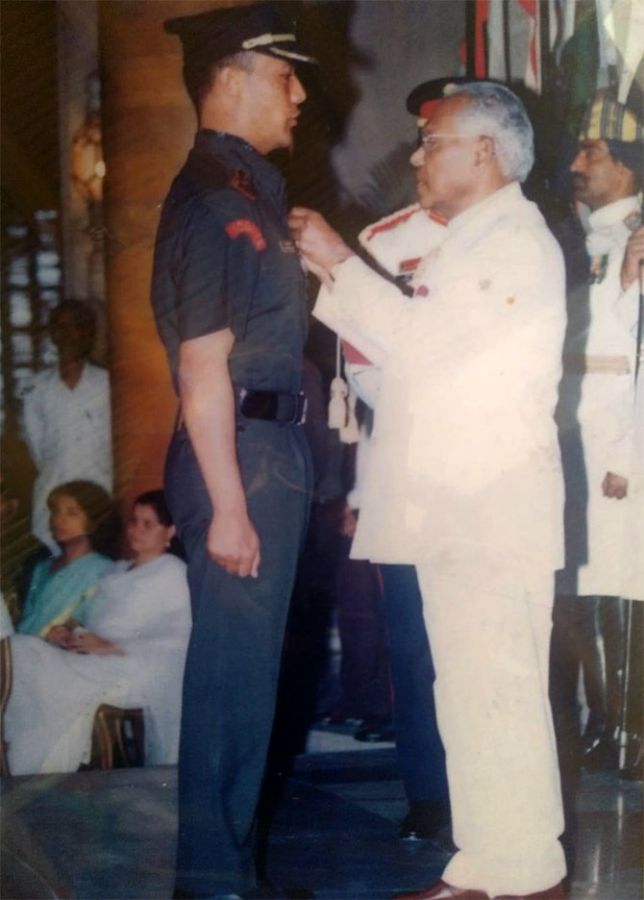 “When we actually went for the operation and were in contact with the enemy, I had just about 40 boys because 60% of the strength was taken away for other missions,” recalls Colonel Wangchuk.

“On May 30, a part of my unit climbed up and saw 12 to 13 (Pakistani) tents just beyond the LoC. They were housing almost a company (135 odd men). They also saw two to three chaps climbing up the ridge from the other side. My JCO shot them dead, confirming that they were Pakistanis,” Colonel Wangchuk had recounted the battle with Rediff.com‘s Amberish K Diwanji in his Leh home shortly after the mission in 1999. “But there were other Pakistanis up on the ridge some distance away, too far to fire upon. This was around noon,” he added in his 1999 conversation.

“My JCO informed me over the radio, and I in turn sought permission from my headquarters to move ahead with a party. Then I immediately took my remaining 25 men and literally ran in the two feet deep snow up the mountainside. It was a distance of eight kilometres and I covered it in two-and-a-half hours,” he had then said.

“I was in the middle of the ravine, about to climb up to the OP (Operation Post) when a burst of fire greeted us.”

“The effect was devastating! We scattered for cover, but in the bare mountain, this was difficult. We found one boulder behind which all of us huddled together, simply unable to move because bullets were flying all around us. Also, in the snow, movement is very difficult and slow.

“One NCO who came along with me had his arm shattered; he died later due to excessive bleeding. With all of us hiding behind the boulder, there was nothing we could do.”

“To be honest, it was a scary situation and for the first 10 minutes, my heart was pounding, my head was throbbing and I just could not think. But then I calmed down and realised that we were in danger.”

“Also, more of my men were following and since I had no radio, I could not even inform them. So I immediately sent one person back to the remaining unit, with the information that they should start climbing up the ridge and go to the height on the right of the Pakistanis.”

“Then, my men and I ran to Adam base, located below our OP, and luckily there was no Pakistani firing. I don’t know why, but we all reached safe. This was around 1630 hours,” he had told my colleague Amberish in June 1999 with his then two-year-old on his lap. 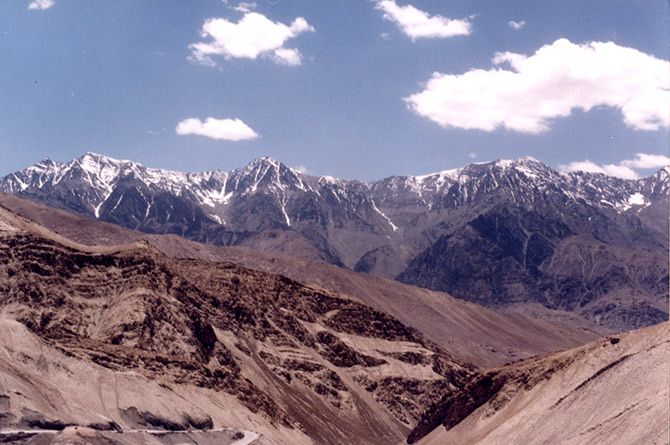 The men waited for nightfall to launch another attack, but the moon light was so bright that they could have been easily spotted by the enemy.

But the blessings of the Dalai Lama, who they had met a day before the mission, seemed to be with them and a blanket of mist came to their rescue.

Taking their chance and with the sacred thread given by the Dalai Lama around their necks, the Buddhist soldiers started the steep climb up the mountain.

At dawn they reached the height and launched a surprise attack on the Pakistanis.

The Ladakh Scouts killed 10 enemy troops. The Pakistanis ran helter-skelter down the slope and withdrew, dragging down some of their dead and leaving three behind.

The Indian soldiers took control of the entire ridge. His Maha Vir Chakra citation said ‘Major Sonam Wangchuk had held his column together and executed a daring counter ambush.’

‘Thereafter, the officer took stock of all forces along the Chorbatla axis in the Batalik sector and cleared it of all enemy intrusions up to the Line of Control at a great risk of his life.’ 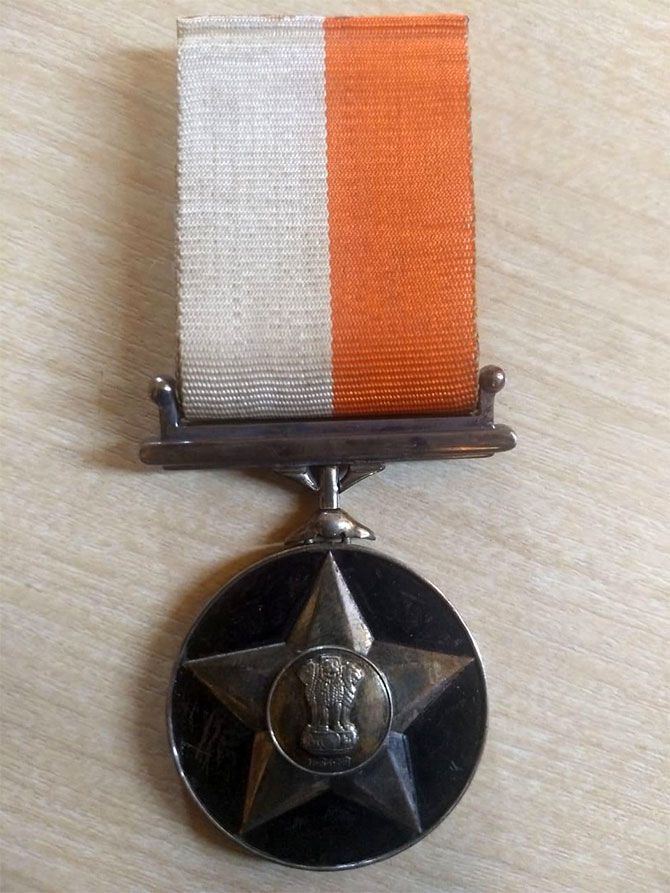 “It was a difficult mission, but I couldn’t have done it without the boys. By virtue of being sons of the soil, the Ladakhi boys are mountaineers and conversant in negotiating the mountains,” says Colonel Wangchuk, a Ladakhi himself whose father was a liaison officer for the Dalai Lama.

“Many troops get intimidated with lofty mountains and snow covered terrain, but the Ladakhi soldiers don’t fear the mountains.”

Colonel Wangchuk lost one man in the mission. His team held Chorbat La pass for 14 days before handing over the feature to troops from 14 Sikh.

On coming down from the mountain, he was in the officer’s mess when he first heard that his name had been forwarded to Army HQ for the MVC.

The news took him by surprise.

“We had done difficult ops in the north east and Sri Lanka, what I did in Chorbat La was my duty, not something extraordinary,” says Colonel Wanghchuk on the phone, reliving the battle 20 years later.

“I think the gallantry award came my way because it was the first success of the Indian Army, and secondly, Chorbat La pass was tactically very important.”

“It was a grand success for the Indian Army and the nation — that’s why I got the honour. Otherwise, there were lots of units who did much better than me,” the war hero says modestly. 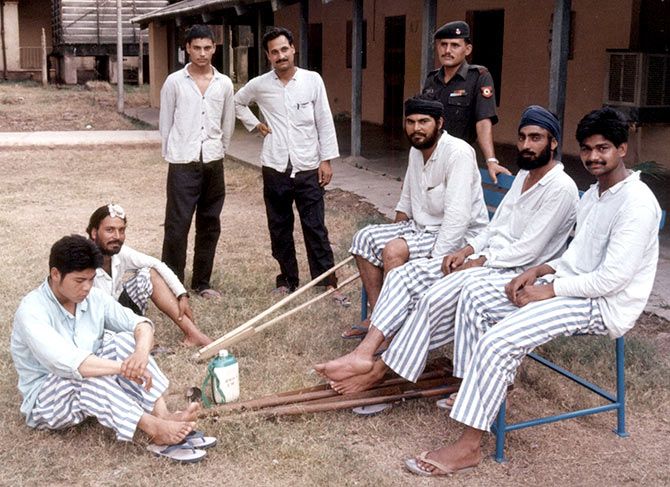 Colonel Wangchuk’s Maha Vir Chakra medal is a badge of honour and has brought him immense respect in the army and outside.

“It leads you to a lot of introspection as to how you should conduct yourself in all spheres of life. You have to be an example,” he says.

In time to come, the colonel wants to present it to his unit to serve as an inspiration to younger soldiers and a symbol pride for the battalion.

Now 55, Colonel Wangchuk leads a quiet life in Leh. He looks after his father who is 91 and mother, 81. He has applied for a job at the Soldier’s Board that looks after the requirements of ex-soldiers, and wants to go and meet the soldiers who had fought with him in the Battle of Chorbat La.

His son, a toddler during the war, is now studying engineering in New Delhi. His wife, who had bid him goodbye before the mission along with the entire family, now works for the Election Commission of India.

A fitness conscious man, he is connected with a Vipassana centre in Leh and goes there almost every day.

He says his faith has helped him tremendously, and remembers that a senior JCO had suggested a meeting with the Dalai Lama before the mission.

“We were given prasad and sacred threads by him. When you are alone on the battle front far from loved ones it is only divine presence that encourages you to go ahead and do your best,” says Colonel Wangchuk who has met the Dalai Lama several times.

As India celebrates 20 years of its triumph in the Kargil War, Colonel Wangchuk has been invited for several events to mark the occasion.

Looking back at the Battle of Chorbat La that paved the way for many Indian military victories, he says the Indian Army, intelligence and communication has come a long way since.

“We are very ready, have better infrastructure, equipment and better deployment. The gaps are well manned and people are alert,” he says.

“I don’t think Kargil can happen ever again.”