Walsh sums it up like this: “To me, Pakistan resembled one of those old Japanese puzzle boxes, comprised of secret compartments and hidden traps, which can only be opened in a unique, step-by-step sequence." 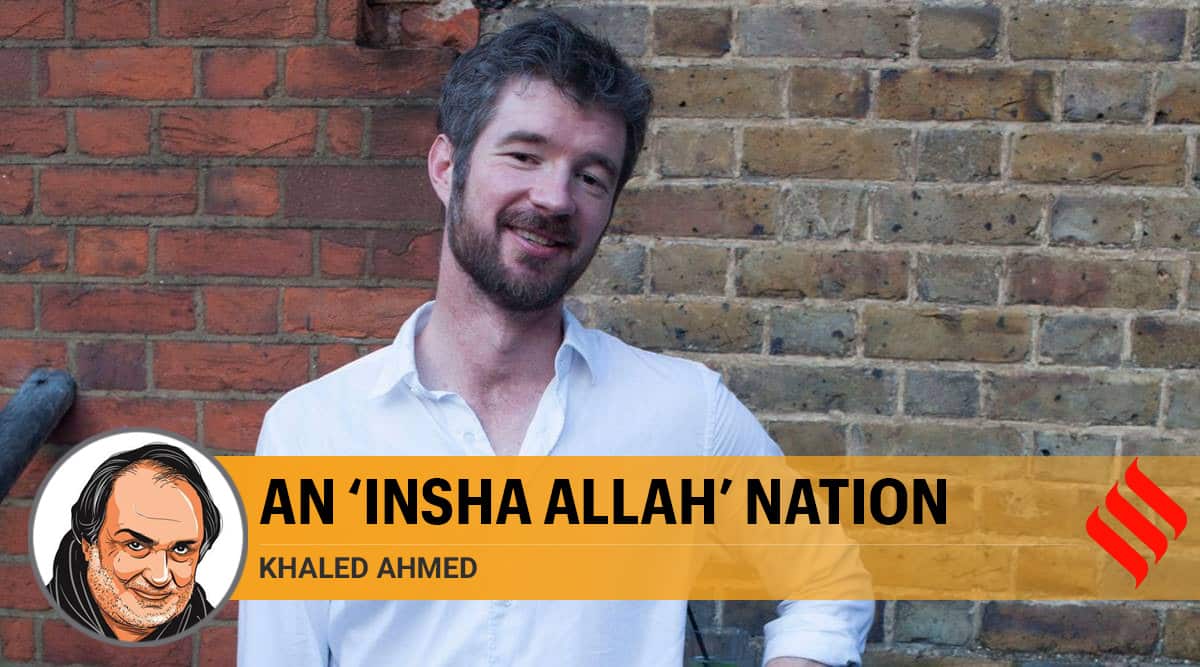 Journalist Declan Walsh, who was in Pakistan for over a decade and covered it for The Guardian and The New York Times, has written Nine Lives of Pakistan: Dispatches from a Divided Nation. Its first chapter is titled ‘Insha’ Allah Nation’. In 2013, according to the Times, he was ordered to leave the country within 72 hours “in view of your undesirable activities”. Plainclothes intelligence officers had accompanied him to the airport, making sure he flew out of Pakistan. Before his departure, Walsh posted on Twitter: “72 hours, wheels up. To all friends, especially in Pakistan, who offered overwhelming support in recent days, thank you so much.”

The troubled times in Pakistan that Walsh covered were bad by any Pakistani yardstick too. Only he explained it graphically, with a wealth of information based on the “nine lives” he now examines in his book. Perhaps, no other journalist to date had the kind of access to people and places; and since Pakistan is run by men in power rather than the law, it is astounding how much “inside information” he had on everyone, from the clerics of Islamabad’s Red Mosque, who owed allegiance to Osama bin Laden, to Colonel Imam, the man who trained the Afghans to fight against the invading Soviets but ended up being the father of terrorism that was to destroy normal life in Pakistan.

Walsh sums it up like this: “To me, Pakistan resembled one of those old Japanese puzzle boxes, comprised of secret compartments and hidden traps, which can only be opened in a unique, step-by-step sequence. One afternoon, as I sat in my garden with a friend, considering the latest convulsion, he suddenly threw up his hands in exasperation. ‘That’s the difference between us,’ he said. You are always looking for answers. I have trouble with the questions.’ In my darker moments, it seemed the only thing holding all together was blind faith. ‘Insha Allah it will happen,’ people said, all the time. ‘Insha Allah’ translates as ‘If God wills it’, and I heard it everywhere… Sure, things were hard, people admitted. But Pakistan would stumble through, as it had always done — Insha Allah.”

Walsh reminds one of the Nobel Prize winner V S Naipaul. He was a West Indian whose Indian parents had left India a hundred years earlier. He probably had romanticised India as a child but had the ill-luck of visiting India in 1975, at the height of Indira Gandhi’s Emergency. Out of this traumatic encounter came India: A Wounded Civilisation, which contained paragraphs of lyrical brilliance that pleased no one in India. He planned it quite deliberately: “A dead country still running with the momentum of its heyday… I am planning to write a book about these damned people and the wretched country of theirs, exposing their detestable traits. Grill them on everything.”

But Naipaul was in despair about the world in general too and if India took it ill, so must the others: “Asia today is only a primitive manifestation of a long-dead culture; Europe is battered into a primitivism by material circumstances; America is an abortion. Look at Indian music. It is being influenced by Western music to an amusing extent. Indian painting and sculpture have ceased to exist.”

India reacted angrily, but it was in 2019 that the government of Prime Minister Narendra Modi changed India forever. It built a staggering 111 million toilets, mainly in rural India, at a cost of more than one trillion rupees ($14 billion). It became the largest toilet-building project in the world, splitting the funding with the World Bank 60:40.

This article first appeared in the print edition on November 21, 2020 under the title ‘An ‘Insha Allah’ Nation’. The writer is consulting editor, Newsweek Pakistan