The team, led by SSP Manzil Saini, recorded the statements of around 35-40 students to ascertain if there was any incident in violation of human rights. 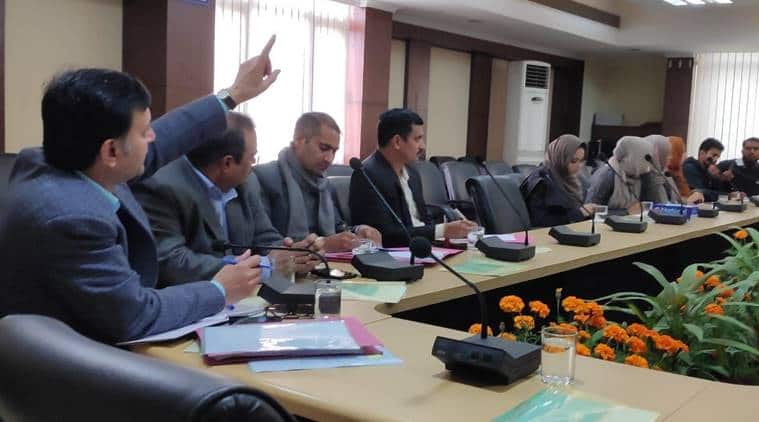 A team of National Human Rights Commission (NHRC) Tuesday visited Jamia Millia Islamia University and recorded statements of at least 40 students who were injured in the police action on the campus in December last year.

The rights commission had appointed a team after the Delhi Police assaulted students on December 15.

The team, led by SSP Manzil Saini, recorded the statements of around 35-40 students to ascertain if there were any human rights violation incidents.

According to the NHRC, it had received complaints in December alleging illegal detention of students by police and denial of legal and medical access to injured students at the police station, following which it had registered a case and deputed a probe team.

On Monday, Jamia V-C Najma Akhtar had said that the university will file an FIR against Delhi Police for barging inside the campus without prior permission.

The December 15 protests had spiralled into violence after a section of protesters, including both Jamia Millia Islamia students and local residents, tried to march to Parliament but were stopped by police at Mathura Road. As a section of protesters started pelting stones and set buses and private vehicles on fire, police retaliated with lathi-charge and eventually stormed the campus.

For all the latest India News, download Indian Express App