Ukraine has suffered dreadfully over the last two months and rebuilding its towns and cities which Russia has destroyed will take many years, perhaps decades.

Please click on the images for glimpses from Ukraine. 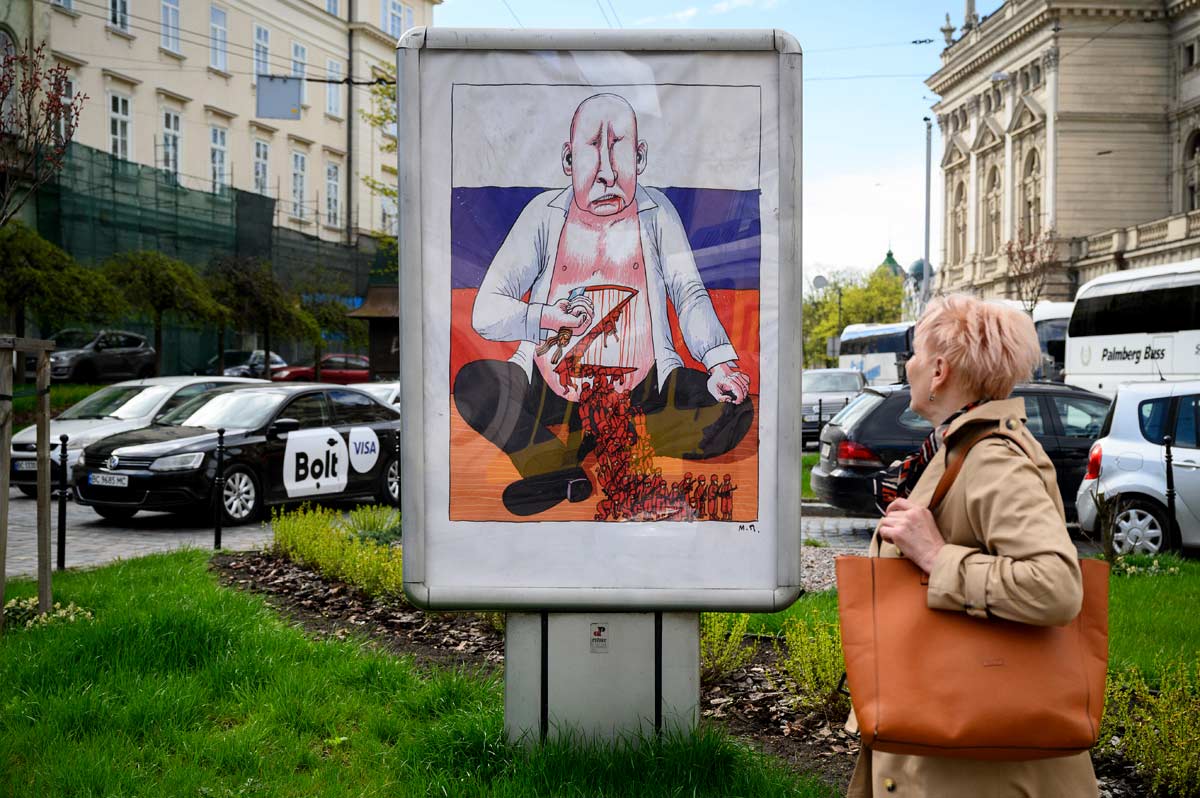 IMAGE: A satirical poster featuring Russian President Vladimir Putin is seen in the central shopping area in Lviv.
Lviv has served as a stopover and shelter for millions of Ukrainians fleeing the Russian invasion, either to the safety of nearby countries or the relative security of western Ukraine. Photograph: Leon Neal/Getty Images 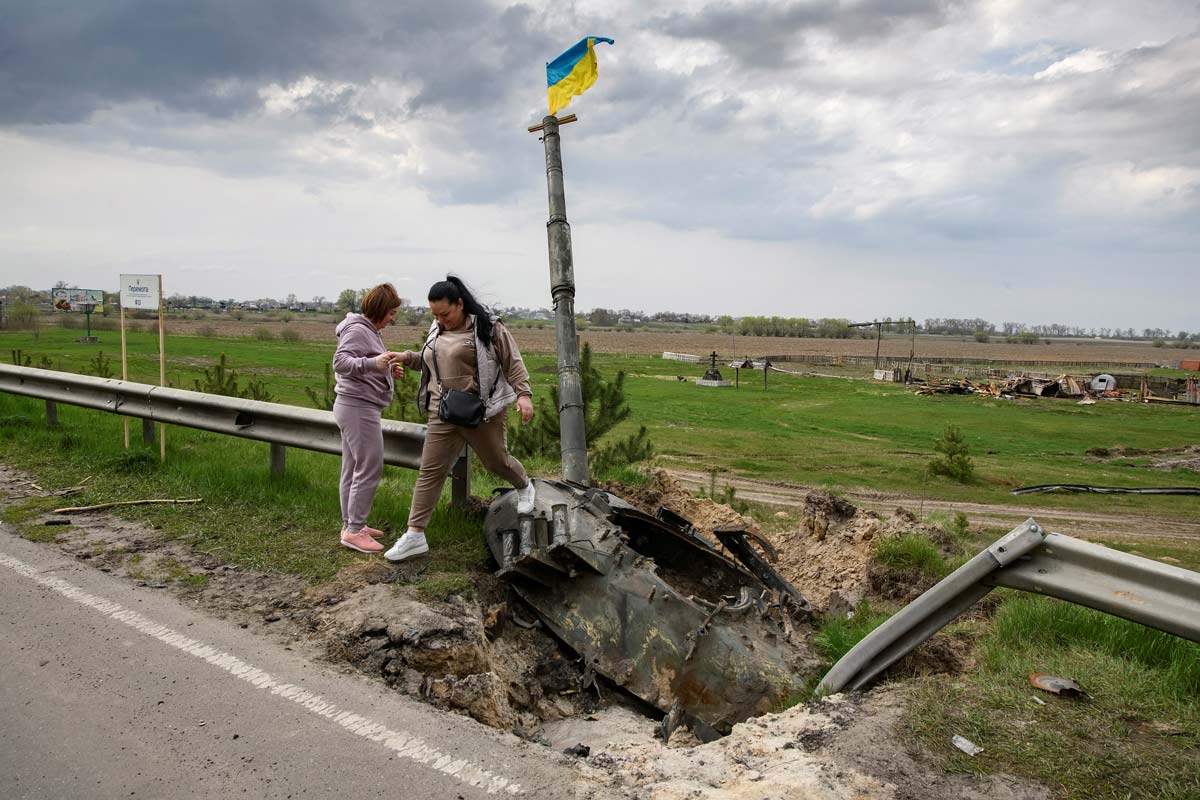 IMAGE: Ukrainians walk past the debris of Russian military machinery destroyed during Russia’s invasion of Ukraine in the village of Rusaniv, Kyiv region. Photograph: Vladyslav Musiienko/Reuters 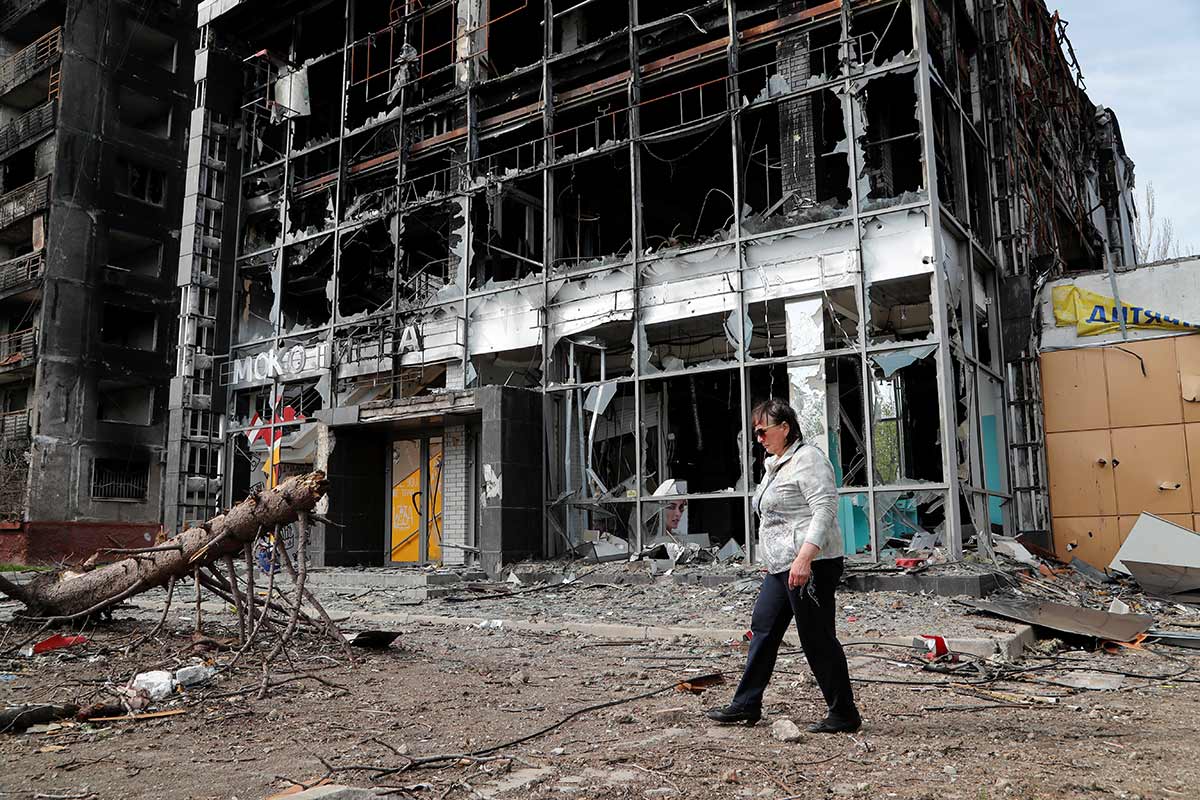 IMAGE: A resident walks outside a building destroyed during the battle for control of the southern port city of Mariupol. Photograph: Alexander Ermochenko/Reuters 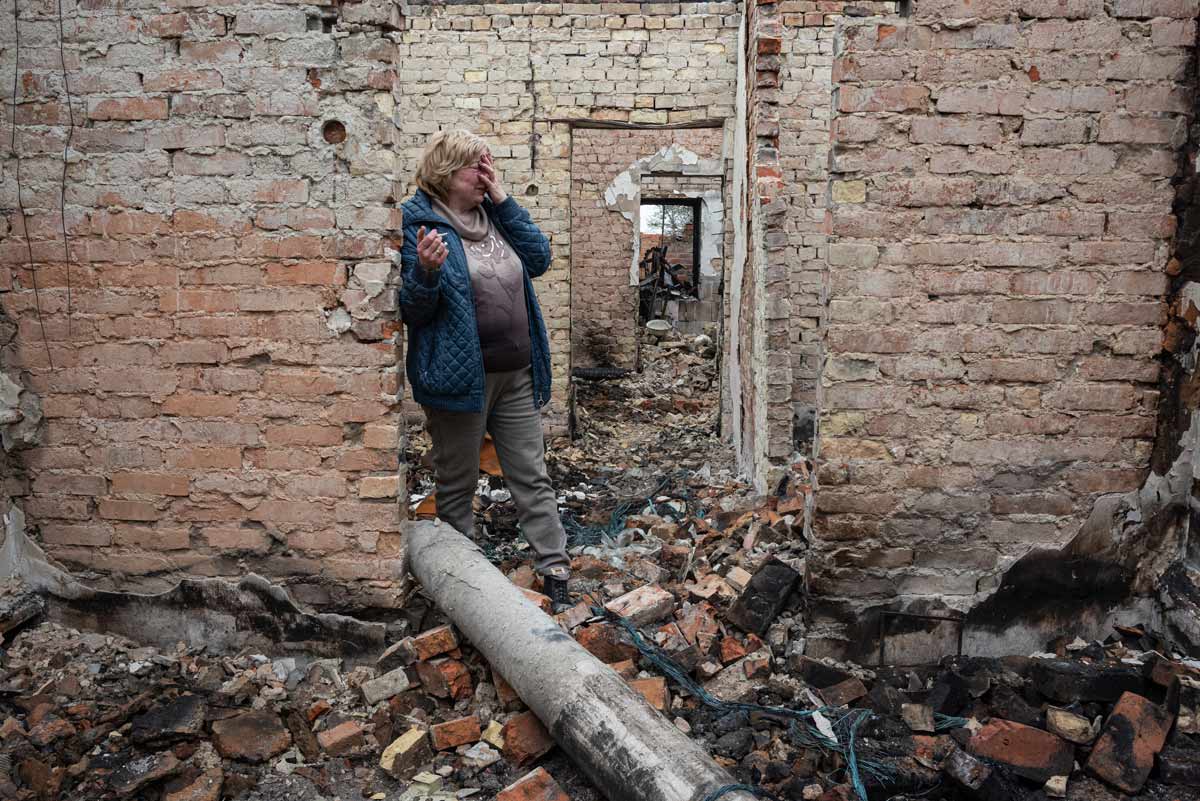 IMAGE: Inna, 53, weeps inside her burnt house in Ozera.
The towns around Kyiv are continuing a long road to what they hope is recovery, following weeks of brutal war as Russia made its failed bid to take Ukraine’s capital.
As Russia concentrates its attack on the east and south of the country, residents of the Kyiv region are returning to assess the war’s toll on their communities. Photograph: Alexey Furman/Getty Images 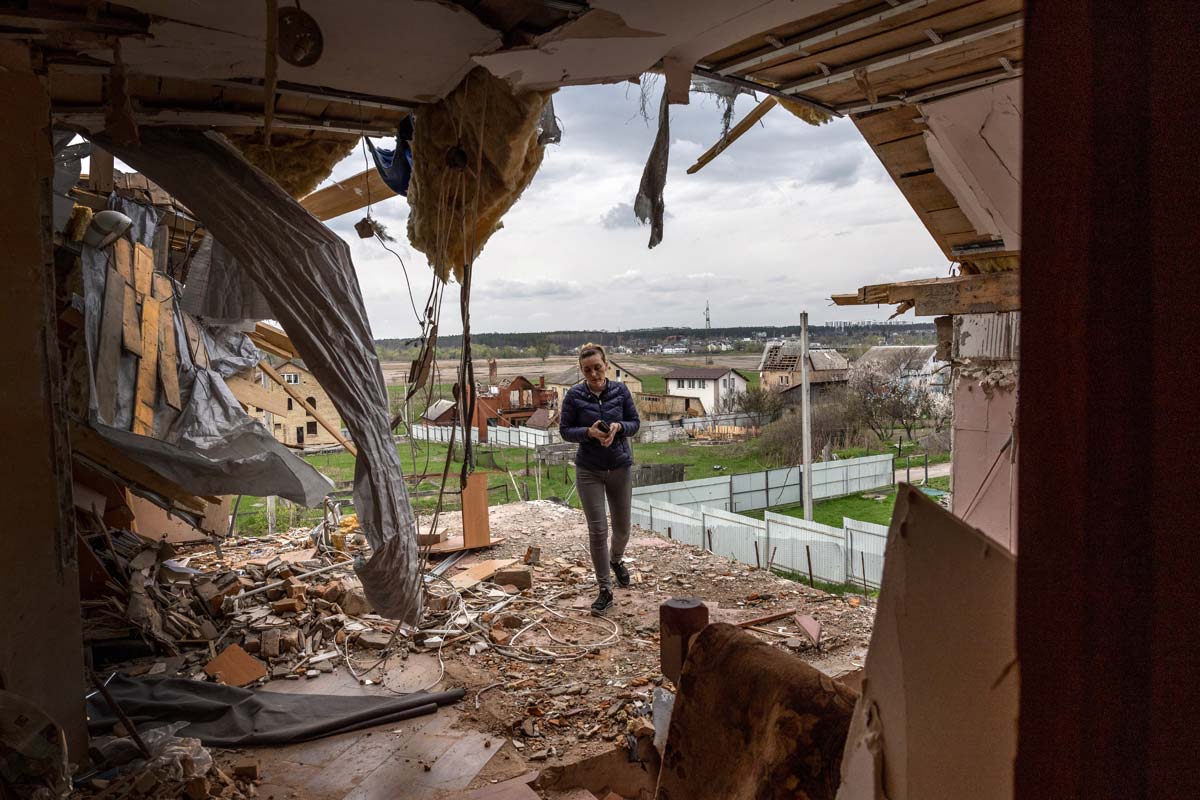 IMAGE: Oksana walks through the destroyed second floor of her multi-generational home in Hostomel while searching for salvageable items.
Located on the former frontline, she said the house was rocketed by Russian troops on March 7 when her mother and grandmother were downstairs. They were evacuated uninjured to Kyiv, before the entire family relocated west to Vinnytsia. Photograph: John Moore/Getty Images