A u-turn by the BJP will be an apocalyptic occurrence in Indian politics and society, argues Amulya Ganguli.

Is the criticism which the BJP is facing at home and abroad about diluting India’s secularism and liberalism having an impact?

Otherwise, why should the prime minister take the time to visit a university which his party members and followers used to castigate as a hub of terror, mainly because of its Muslim name?

Not only that, Narendra Damodardas Modi even described the Aligarh Muslim University as a ‘mini-India’ and stressed the need for the people of all denominations to be aboard in the drive for development.

On the face of it, this outreach to the Muslims is not new.

It has been seen before in his sabka saath, sabka vikas, sabka vishwas mantra emphasising togetherness and trust in the quest for economic progress.

The AMU event, therefore, can be seen as on par for the course.

But the taste of the pudding will lie in the eating.

Will the prime minister’s call for inclusiveness stand the test of time?

Will it induce behaviourial changes in the BJP by making the likes of Giriraj Singh and Tejasvi Surya sing paeans to pluralism instead of lambasting Muslims?

This is, of course, not the first time that a party has sought to distance itself from its own extremist fringe.

The British Labour party’s attempt to marginalise the ‘loony Left’ is a case in point.

In India, the Communist party split in 1964 between the Left and the Right communists because of the latter’s ambivalence towards the Chinese incursions of 1962.

The Congress, too, had split between the moderates and extremists in 1907 and again in 1969 between a ‘progressive’ Indira Gandhi and her ‘reactionary’ opponents in the so-called Syndicate.

In contrast, the Jan Sangh-BJP has held fast although individuals have walked out like Balraj Madhok and Shankarsinh Vaghela.

Arguably, the BJP came close to a split after the Babri Masjid demolition in 1992 when Vijaya Raje Scindia proudly boasted how the party had averted it.

Today’s scene is different from what it was nearly three decades ago in the sense that the party is now aspiring towards ushering in a ‘new’ India which would represent one nation, one people, one culture, which is the theme of cultural nationalism.

But the problem that appears to have arisen is that this concept is perceived to be against the ‘idea of India’ with its multicultural orientation.

By emphasising the latter when the prime minister talked about how the Quran and the Vedas coexist in the AMU library, he seemingly tried to steer a new course away from what is championed by the RSS-led Hindutva brotherhood. 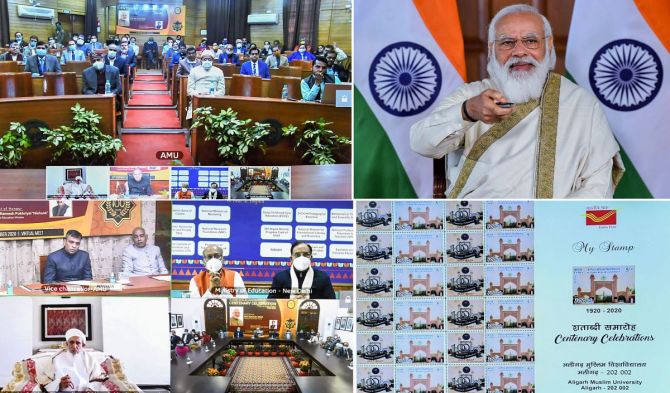 However, it may not be criticism alone which is behind his articulation.

A time comes in the life of every successful politician when he becomes conscious of his legacy, his place in history.

Up until now, Modi seemed bent on implementing the ‘Hindu rashtra‘ project.

The abrogation of Articles 370 and 35A relating to Kashmir, the ‘love jihad’ and laws against interfaith marriages in BJP-ruled states, the focus on regional languages in place of English even in institutions of higher learning were all part of the Rashtriya Swayamsevak Sangh-inspired project.

But the fact that the judiciary is beginning to voice concern over such endeavours and even the remodelling of the landscape in the heart of New Delhi with a new Parliament building is facing serious objections may have sent a cautionary signal against proceeding too fast.

Weakness is likely to be the legacy of the last prime minister.

The present incumbent’s apparent belief is that strength will be his heritage.

But if authoritarianism turns out to be the outcome of that strength, as the British magazine, The Economist, has said, then it can proved to be counter-productive where history is concerned.

Since the RSS’s cultural nationalism is diametrically opposed to the pluralism of the Left-Liberals, a u-turn by the BJP will be an apocalyptic occurrence in Indian politics and society.

Is it feasible? Will the RSS sit quietly by as its dream of nearly a century is suddenly negated when it appeared to be on the verge of fulfilment?

There is little doubt that if anyone in the BJP can dare to make the effort and even pull it off, it is Modi.

Amulya Ganguli is a writer on current affairs. 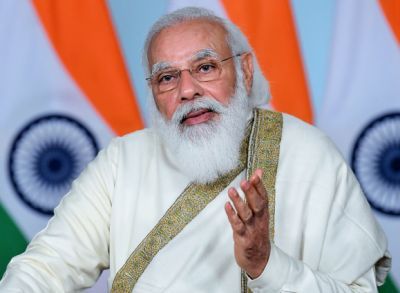