‘Overall, compared to the previous episode, we are in a better shape because the vaccine is already out there and vaccination drives are proceeding’ 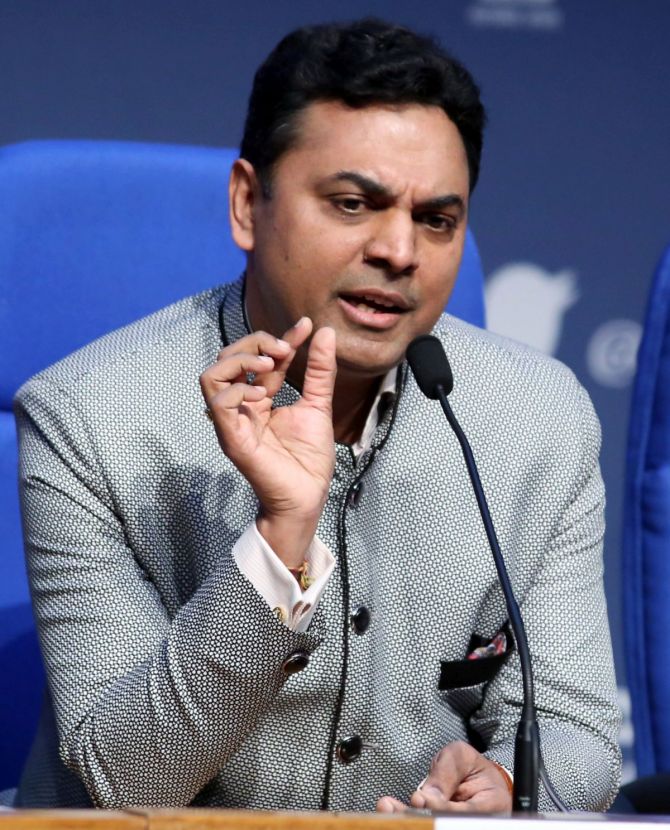 Chief Economic Adviser K V Subramanian on Friday said the Indian economy is in better shape to address the challenge of the second wave of Covid-19 pandemic compared to last year as vaccines have been developed and vaccination drives are taking place.

“The uncertainty is much lower,” said Subramanian. He was responding to a question by Raghava Rao, vice president finance and India CFO at Amazon India, about how he sees the economy recovering in the country, during the e-commerce firm’s flagship Smbhav event.

On saving lives and livelihoods, Subramanian said the government was driven by the simple goal of saving lives throughout the pandemic.

“If you read the Mahabharata, there is this objective very clearly mentioned, ‘Saving a life that is in jeopardy is the origin of dharma’,” said Subramanian. “The essence of that was to actually save lives, which is what the government focused on at the start of the pandemic. We have sort of emerged from there.”

Now there is a second Covid wave, according to Subramanian, and people need to be careful about it and follow all the regulations. “Overall, compared to the previous episode, we are in a better shape because the vaccine is already out there and vaccination drives are proceeding.”

One key thing that has stood out during the pandemic is the role of e-commerce and digitisation that India has embraced.

“I think the most salient example of this is if you take the way in which essentials were provided to you know almost 800 million people in India,” said Subramanian. This was done through the Public Distribution System (PDS) and the use of Jan Dhan-Aadhaar-mobile.

Comparing such an initiative with most advanced economies like the US, Subramanian said the US had to first physically print out cheques and get them signed, put them in envelopes and mail them through the United States Postal Service. After receiving the cheques, people had to deposit them in bank ATMs and then had to withdraw the cash.

“It is a process that took 45 days to two months, which India did at the click of a button,” said Subramanian. “That illustrates the embracing of digital technologies by India, not only in the private sector but in the government as well.”

Digital transactions have grown significantly. In many sectors including transport, digital technologies have been used. The GST (goods and services tax) platform GST platform uses a lot of analytics to track taxes.

“I think the Indian economy is really equipped to usher in significant growth, that is happening in e-commerce,” said Subramanian.

He highlighted the importance of viewing ‘data’ as a public good, where it is about ‘of the people, by the people and for the people.’

“India is among the leading economies in terms of embracing this change,” said Subramanian. “India will definitely benefit from this change that has been brought by the Covid pandemic.”

E-commerce has a role to help Indian small and medium businesses to reach out to customers globally and compete with other firms. Subramanian said a key aspect that promoters and entrepreneurs must take into account is that countries such as Japan and China have grown via exports in the last 50 years. One fact that stands out very clearly is that in almost all cases, they started out by assembling in particular sectors and then integrated backwards and forwards in the value chain.

“I think the automobile sector in India is a brilliant example of that and the electronic sector now is also another example,” said Subramanian.

Maruti started assembling Suzuki components for the car. Initially, it was only about assembly, but later the entire sector grew with a lot of small and medium enterprises, contributing to the ancillary segment. That led to a mushrooming of SMEs in this space, who produced world-class components and they were able to export them to different countries. There are a few key learning here. For a labour-intensive economy like India, companies must be looking at the potential that exists.

“We’ve actually talked about that potential, to contribute to the $5 trillion economy,” said Subramanian. He was of the view that companies can look to assemble in India. For example, Apple’s iPhone is assembled in China.

The other learning is for SMEs to actually focus on becoming globally competitive. That is important for them if they have to compete in the international markets. “This is where the idea of self-reliant or Atmanirbhar Bharat is extremely critical.”