India offers the best opportunity in terms of a huge domestic market and factor endowments. However, we need to create a competitive labour-intensive manufacturing sector which will cater to both domestic demand and the export market. 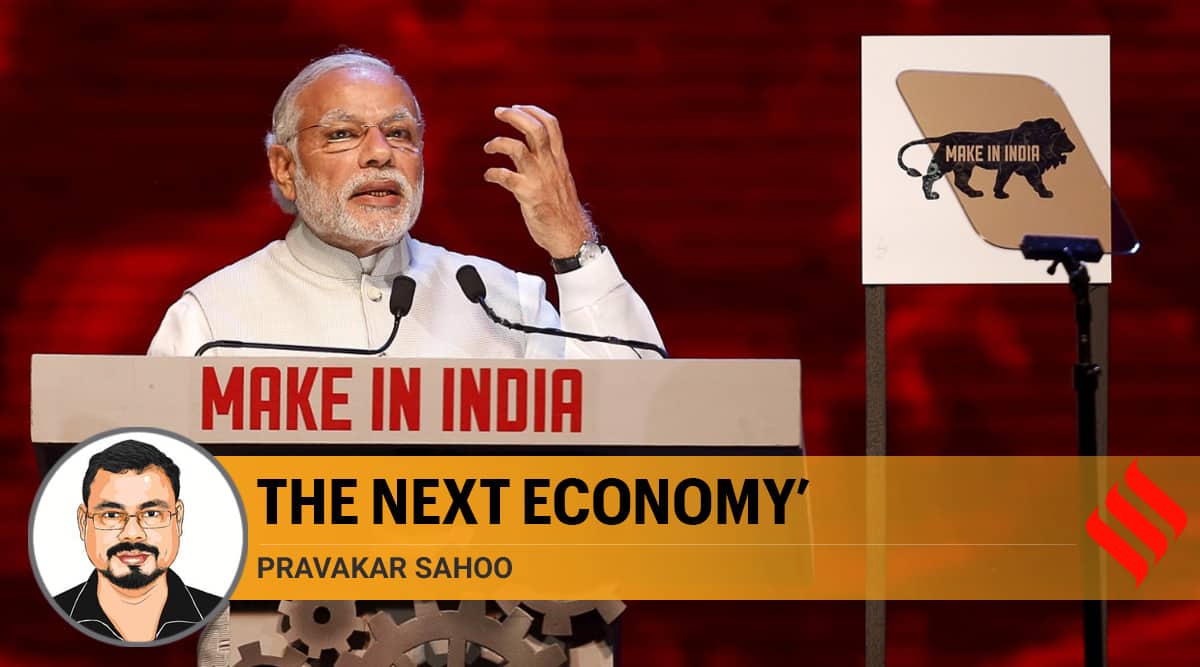 The Prime Minister pledged to make a self-reliant India or Atmanirbhar Bharat in May while announcing a comprehensive economic package to arrest the economic slowdown. Since then, the government has passed some key labour and farm reforms, among others. But much more is required to make India a self-reliant and competitive economy in the medium to long term.

The severe disruptions to the supply chain due to national and localised lockdowns led to supply side and demand side shrinking by 22.9 per cent and 23.9 per cent respectively in Q1, 2020-21. It is estimated that India’s GDP will shrink in the range of 7 to 10 per cent, and will possibly reach the 2019-20 output level by the end of FY 2021. The developmental implications on poverty, inequality and standard of living are humongous.

The bigger medium-term problem is the slowdown of aggregate demand — private final consumption expenditure (PFCE), investment and exports. The largest component of GDP, PFCE, has not only declined as a share of GDP — 68 per cent in 1990 to 56 per cent of GDP in 2019 — but also in terms of growth rates in recent years. The consumption of the top socio-economic deciles has stagnated and the consumption demand of the rest of the demography — mostly in agriculture, small-scale manufacturing and self-employed — is not increasing due to low income growth. The investment slowdown is mostly due to a fall in household investment in the construction sector (almost 5 per cent of GDP), affecting not only major industries like steel, cement and power but also income, employment and demand.

Atmanirbhar Bharat depends on improving the income and productivity of a majority of the labour force. There are two ways to do this. First, incentivise the farming community to shift from grain-based farming to cash crops, horticulture and livestock products. The Chinese experience shows that reforms in agriculture in the late 1970s increased rural income, leading to demand for labour-intensive industrial goods, which was the start of China’s manufacturing success. Second, shift the labour force from agriculture to manufacturing. India can only become self-reliant if it uses its best endowment — 900 million people in the working-age population with an average age of 27 — and appropriates its demographic dividend as China did. That is possible if labour-intensive manufacturing takes place in a big way, creating employment opportunities for labour force with low or little skills, generating income and demand. India is in a unique position at a time when all other manufacturing giants are ageing sequentially — Japan, EU, the US, and even South Korea and China. Most of these countries have moved out of low-end labour-intensive manufacturing, and that space is being taken by countries like Bangladesh, Vietnam, Mexico, etc.

China is not the most favoured destination anymore for labour-intensive manufacturing due to a rise in wages, strict environmental regulations and an increase in the cost of production along with the uncertainties due to China’s friction with the US and other countries. India offers the best opportunity in terms of a huge domestic market and factor endowments. However, we need to create a competitive labour-intensive manufacturing sector which will cater to both domestic demand and the export market.

We need Indian firms to be part of the global value chain by attracting multinational enterprises and foreign investors in labour-intensive manufacturing, which will facilitate R&D, branding, exports, etc. There is a need to aggressively reduce both tariffs and non-tariff barriers on imports of inputs and intermediate products so that we create a competitive manufacturing sector for Make in India, and “Assembly in India”. Apart from trade reforms, further factor market reforms are required, such as rationalising punitive land acquisition clauses and rationalising labour laws, both at the Centre and state level. Passing the three labour codes is a welcome step but we also have to go for large-scale vocational training from the secondary-school level, like China and other east and south-east Asian countries. Though measures have been taken to boost the business climate at the central level, doing business on the ground, at the state level, is still difficult.

The COVID-triggered economic crisis should lead us to create a development model that leads to opportunities for the people at the bottom of the pyramid. A competitive and open economy can ensure Atmanirbhar Bharat.

This article first appeared in the print edition on November 13, 2020 under the title ‘ The next economy’. The writer is professor, Institute of Economic Growth, Delhi.