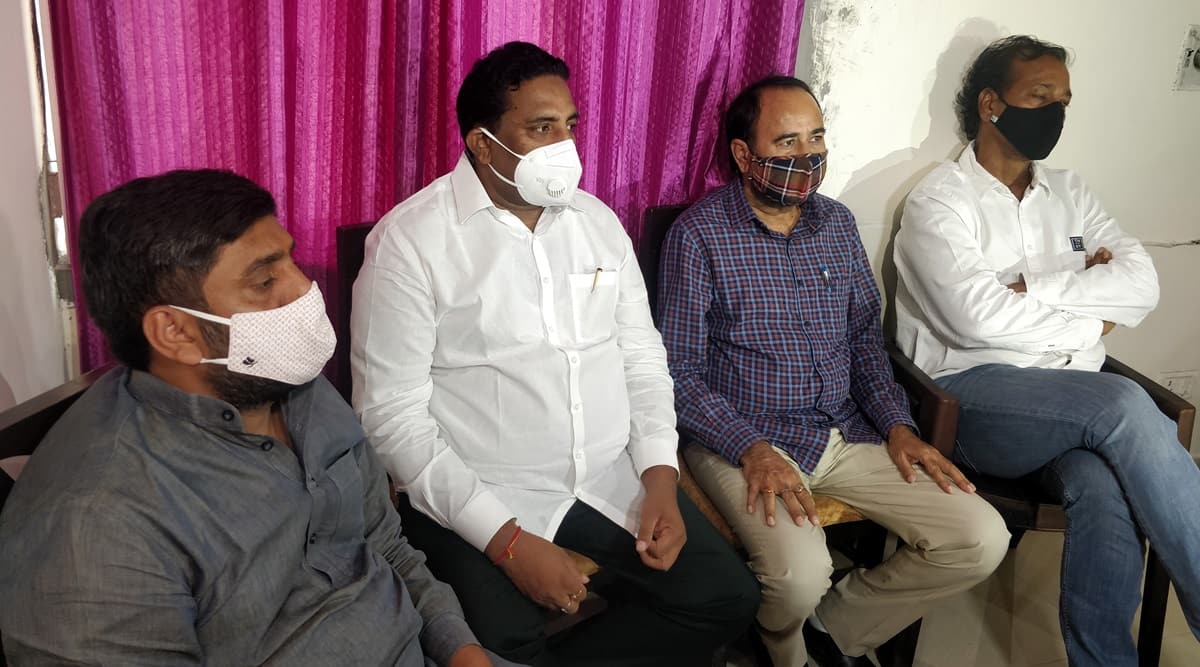 Six legislators of the BSP who merged with the Congress in Rajasthan two years ago on Tuesday said that although they provided stability to the Ashok Gehlot government, and stood by it at times of crises, they have been subjected to “injustice” in the party. They also targeted the MLAs from the Sachin Pilot camp, saying they were building pressure on the Congress high command for ministerial berths despite indulging in dissidence.

Hours later, two MLAs from the former deputy chief minister Pilot’s camp launched a counter-attack, questioning the timing of the outburst and accusing the six MLAs of joining the Congress in greed of power.

The latest face-off comes at a time when Pilot is camping in Delhi, where he is expected to raise the grievances of his supporters with the Congress high command.

The six former BSP MLAs are counted as loyalists of Chief Minister and their demand for being rewarded could possibly be part of a strategy of the Gehlot faction to signal to the party high command that in case of a cabinet expansion, apart from Pilot loyalists, some of these MLAs who stood by the party should also be accommodated.

Earlier in the day, Sandeep Yadav, the MLA from Tijara who was among the six who had switched to Congress, slammed the Pilot camp – without naming anyone – at a press conference. “The 19 people [Pilot and MLAs of his camp] are creating pressure on the party high command. They are pressuring it to include them as ministers. Those who worked towards destabilising this government, they are repeatedly creating pressure,” he said. “What right do they have to create pressure on the high command and by what right the high command is listening to them?”

Last year, Pilot and his 18 loyalist MLAs had left the state and camped in Haryana and Delhi for over a month, resulting in a political crisis in Rajasthan. At the time, the Congress had claimed it had the majority in the Assembly after counting the support of Independent MLAs along with the six former BSP MLAs.

All six MLAs had won the 2018 Assembly elections on BSP tickets but merged with the Congress in 2019.

“When we joined, we didn’t know that people from the Congress will go away, return after one and half months and the high command will welcome them back. They went away and whatever happened following that, even after that if there is no difference between the loyal and disloyal then it is injustice,” said Gudha, the MLA from Udaipurwati.

Nadbai MLA Awana said the six of them made a “huge sacrifice” by joining Congress. “All six of us who won from the BSP, we merged into the Congress party with full honesty and sincerity because of Ashok Gehlot, the Chief Minister. Even today, a sword is hanging over us as the matter is pending in Supreme Court. After this huge sacrifice, we provided stability to the Congress government and the Congress party,” he said.

Last year, during the political crisis in the state, the BSP had challenged in court the merger of the six MLAs with the Congress.

Lakhan Singh, who represents Karauli, said the six of them were united and whatever any one of them says is the stand of the others.

When asked if they desired ministerial berths, the MLAs said they would adhere to whatever decision is taken by Chief Minister Gehlot.

The outburst of the MLAs comes at a time when there is growing unease in the Pilot camp over their inclusion in governance with issues such as cabinet expansion and political appointments being their longstanding demand. After Pilot’s rebellion last year, he was removed as the deputy chief minister and Congress president in Rajasthan and also had to lose his ministerial portfolios. His supporters also were removed from the ministry.

“In the last two-and-half years, they didn’t have such energy. Who is making them say all this? They should first ask themselves,” said Bhakar.

Targeting Yadav, he said, “Dalits and Muslims are the big vote banks of the Congress. He came to the Congress after defeating Durru Mian [Congress candidate from Tijara in 2018 elections] and damaged Dalit votes. Let him say that if the party doesn’t give him ticket, he will still stay in the Congress.”

Bhakar also alleged that he has noticed some suspicious people outside his house and when confronted, they said they were doing their “duty”. He alleged that officials, including Collectors and SPs, do not pick up calls of Pilot loyalist MLAs and their work never gets done.

“Those who voted for the BSP, you should ask them who are the traitors? We, who are fighting for our rights, or those who left the party and merged with the government in power,” said Bhakar.

“Pilot saab will decide our future strategy. He is in touch with the high command,” he added.