Most exit polls show BJP winning somewhere between 60-80 seats as compared to the 86 it won during the 2016 Assembly elections. 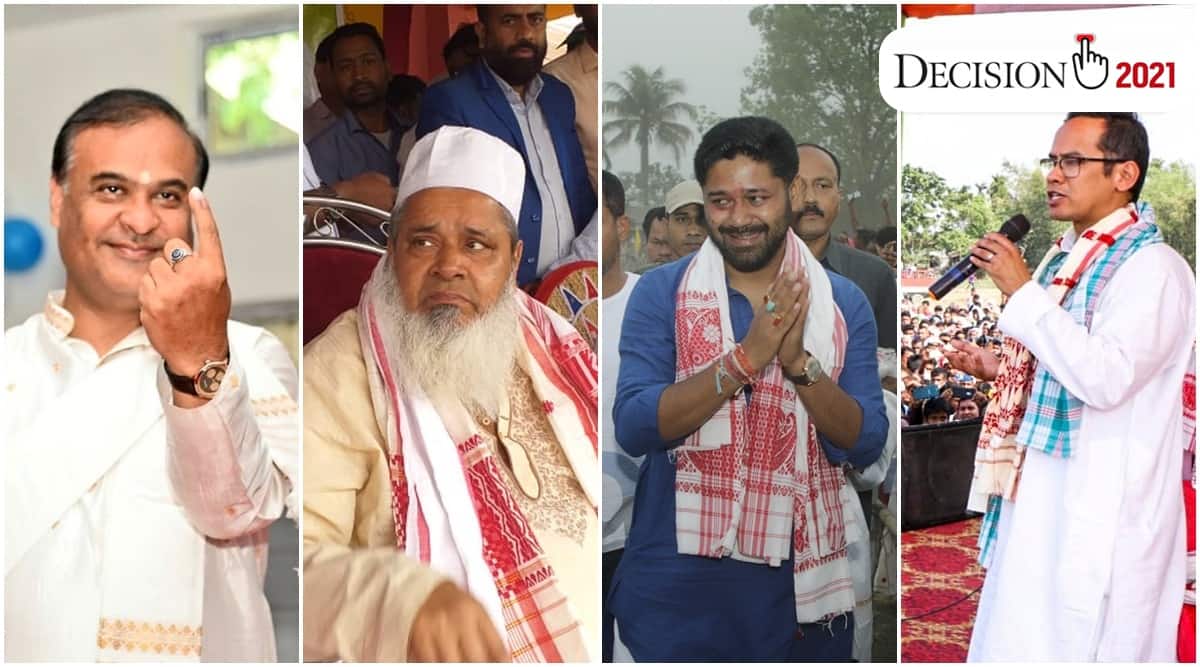 At a time when the country has been fighting against the second wave of the novel coronavirus, four states and one Union Territory is waiting for new governments to take charge.

As the counting of votes commences on May 2, the BJP is looking to create history in Assam: become the only non-Congress government to win consecutive terms.

However, for the saffron party, this election was very different from the other states as Assam was the only place where it was fighting to retain power. 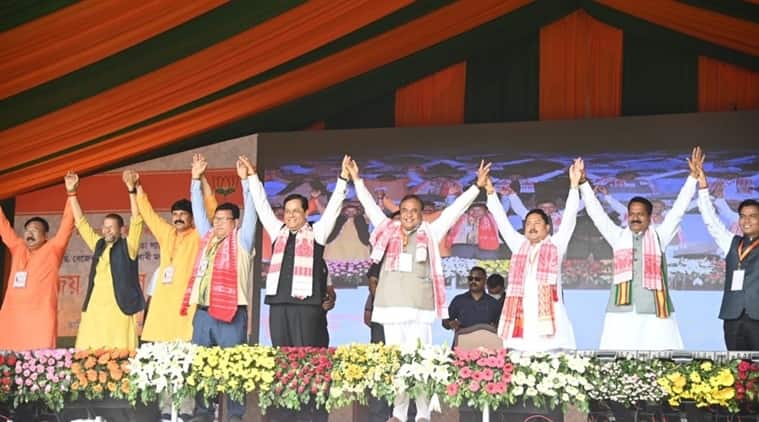 Leading the alliance with the Asom Gana Parishad (AGP), the United People’s Party Liberal (UPPL) and the Gana Suraksha Party (GSP), which mainly represent the Bodo and Sarania communities respectively, the BJP faced stiff competition from two corners this year: the first being the Congress-led Grand Alliance of which the minority-backed All India United Democratic Front, the Bodoland People’s Front, which had control over the Bodoland Territorial Council for nearly two decades, and marginal players such as Anchalik Gana Morcha, Communist Party of India (Marxist), CPI and CPI (Marxist-Leninist); the other was from two newly formed regional parties — the Assam Jatiya Parishad (AJP) and the Raijor Dal which emerged out of the anti-Citizenship Amendment Act protests that swept Assam in 2019.

Although exit polls point towards a return of the Sarbananda Sonowal-led government, all is not great for the saffron party this time. Most exit polls show BJP winning somewhere between 60-80 seats as compared to the 86 it won during the 2016 Assembly elections. Senior leaders of the party, including Prime Minister Narendra Modi, party president JP Nadda and Union Home Minister Amit Shah, had repeatedly spoken about going past the 100-mark which, as per the exit polls, looks like a distant dream. 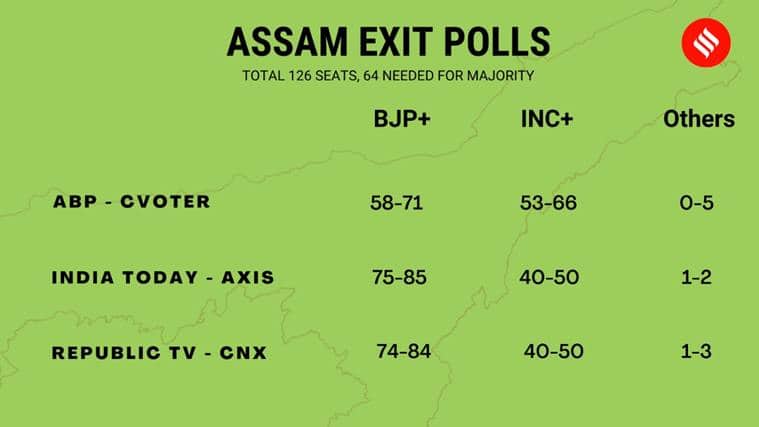 The India Today-Axis My India exit poll has predicted wins in 75-85 seats for the NDA. The Congress’s grand-alliance is likely to win 40-50 seats, it says.

The Manorama News-VMR exit poll has also predicted the same numbers of seats for the ruling and opposition alliances.

The Republic TV-CNX exit poll also predicts an easy win for the BJP. According to the poll, the BJP and its allies are winning 74-84 seats, whereas the Congress-led alliance will win 40-50 seats.

The majority mark in Assam is 64.

The ABP News-C Voter poll predicts a neck-and-neck contest. It says the NDA win will 58-71 seats; the Congress-led alliance is likely to win 53-66 seats. 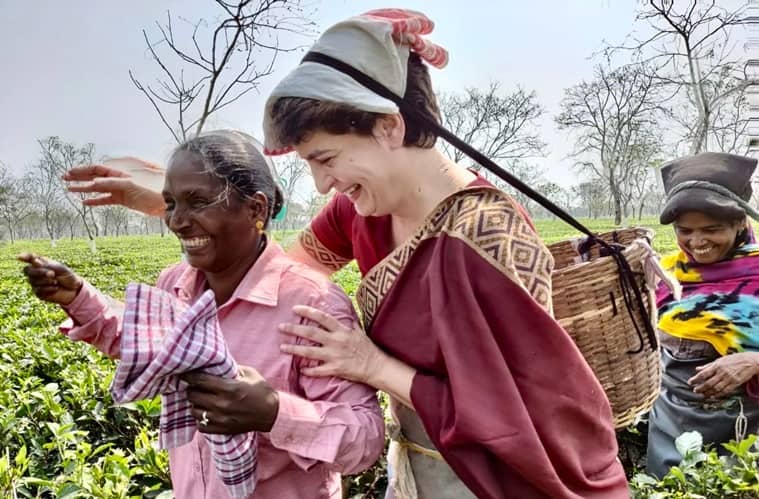 One of the BJP’s trump cards this Assembly polls was its steady consolidation of its Hindu vote base. Over the years, the BJP has sought to politicise the issue of influx in Assam, often accusing the previous Congress governments of harbouring illegal Muslim immigrants in exchange for political support. It is this narrative that helped them come to power in 2016 and this time as well, the party followed a similar course, denouncing the Congress-led alliance as an “Alliance of Mughals” that is opposed to Assam’s indigenous interests.

Senior BJP leader and Assam cabinet minister Himanta Biswa Sarma had launched a blitzkrieg against the alliance for including AIUDF into its fold. Sarma said the Congress’s alliance with the AIUDF turned these polls into a “conflict of civilisations” alleging that the AIUDF was a communal party, referring to the party’s predominantly Bengali Muslim base.

This campaign helped the party put contentious issues like the Citizenship Amendment Act and the National Register of Citizens into the backburner.

Going by the exit polls, it seems parties like the AJP and Raijor Dal, whose foundation was based upon the anti-CAA protests of 2019, have failed to rake up these issues and convert them into votes.

According to the break-up of vote percentages as put out by the exit polls, rural voters and those belonging to lower income groups — who form the bulk of the electorate — appear to have a favourable opinion about the Sarbananda Sonowal government.

Despite impressive socio-economic promises such as job creation for youths, income support for housewives and land rights for indigenous people by the Congress and AJP to attract voters, what ultimately seems to have swayed voters towards the BJP was an array of beneficiary schemes launched by the government — most popular among them being the ‘Orunodoi’ scheme through which the state extends financial aid to women. 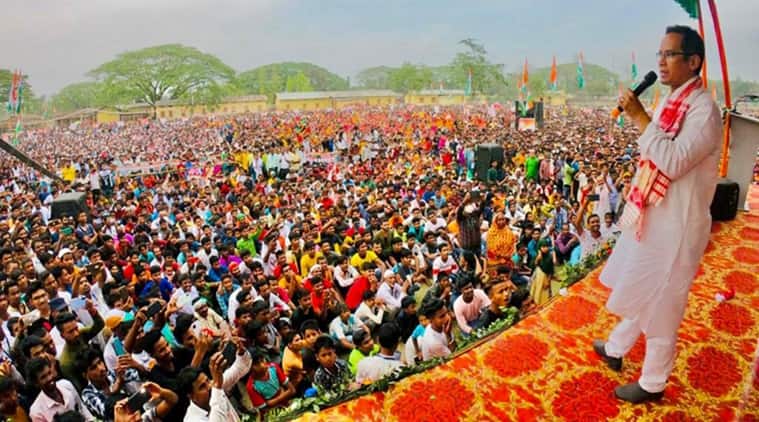 Besides these, major ethnic communities such as Karbis, Dimasas, Misings, Rabhas and Tiwas are seen standing beside the BJP again.

The only big loss, however, comes in the form of the Bodoland People’s Front joining the Grand Alliance which might help them make some gains in the Bodoland Territorial Region. The Barak Valley, which is predominantly inhabited by Bengalis, is another region where the Congress looks to win a few seats. With the help of AIUDF, the Grand Old Party is looking to sweep minority-dominated constituencies, but might plateau short of the majority mark owing to heavy losses it is expected to concede in almost all other regions.

The Congress, ahead of the polls, was also fighting to fill up the void that former Chief Minister Tarun Gogoi’s death left. Moreover, it hoped to woo tea tribes with its Rs 365 daily wage and ST status promises, but going by the exit polls, the gardens seem to remain on the saffron party’s side, just like it did during the 2019 Lok Sabha polls.