‘The cops must know they cannot foist false cases against anyone.’ In February, Yogi Adityanath’s government finally paid its dues to the 35 year old.

When Kumar was arrested by the police in June 2016, he was handcuffed, paraded and humiliated. He was in jail for three weeks before he got bail.

Once he was out, Kumar decided to fight for justice. This time, for himself.

He petitioned the NHRC and the UP government, saying the state had foisted a false case against him.

After an enquiry, the NHRC agreed. It asked UP’s director general of police to initiate action against three police officers. 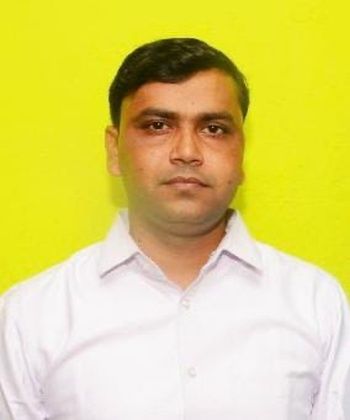 Kumar, an arts graduate, is married and has two minor children.

A journalist since 2004 and an RTI activist for the last 10 years, Kumar tells Rediff.com‘s A Ganesh Nadar, “I became an RTI activist to expose corruption and ensure the guilty are punished.”

Recalling what happened — he had never been arrested before — he says, “On June 22, 2016, the police filed a complaint against me saying I had teased a girl. They arrested me, handcuffed me, paraded me through the streets and sent me to jail.”

Kumar explains that the section under which he had been accused does not require that a person be arrested.

When he succeeded in getting bail three weeks later, he complained to the NHRC and the Uttar Pradesh government.

“The NHRC investigated and said the police had foisted a false case. They asked the DGP to take action against the police officers involved and pay me Rs 2 lakh as interim relief.” This amount, the NHRC directed, was to be recovered from the salaries of the erring officers.

“This is only interim relief for handcuffing me,” Kumar adds. “I spent three weeks in jail; we will continue the fight.”

He says the compensation he has received so far is not enough.

“I have spent more money than that, but I am happy I have been proved innocent. The accusations against me have been washed off. I will fight for more compensation for my stay in jail.”

On why the police did this, he explained, “On June 18, 2016, two cops were taking bribes from vehicles that were transporting cattle. I shot a video of them and sent it to my WhatsApp group. I also sent it to higher officials of the police department. Later, this video went viral on the Internet as well.”

Kumar saidhe approached the NHRC because he knew he would get justice from the commission. He is now waiting to see what action the UP police department takes against the three policemen involved in his case.

His case, he said, must be a lesson for the police. “They must know they cannot foist false cases against anyone.”

He expects the three policemen, who had to pay the compensation of Rs 2 lakh, to be upset with him. “I will be careful as they might be vindictive.” But he says he will not let this deter him in any way.

“I will continue to use the RTI Act to help the helpless and the poor with their problems with the government.”