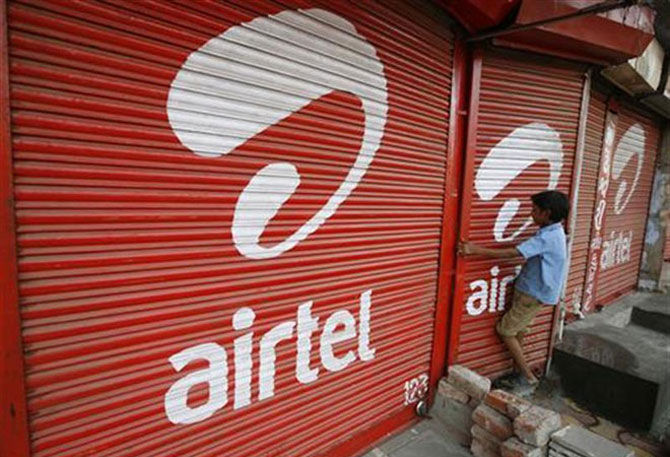 Bharti Airtel could be the biggest gainer among telcos, in case Vodafone Idea decides to shut shop in the country.

Last week, Kumar Mangalam Birla publicly stated that it would have to close down operations of Vodafone Idea, a joint venture between Idea and Vodafone, if there was no relief from the government following the Supreme Court ruling requiring it to fork out over Rs 44,150 crore in three months.

Vodafone Idea  has over 311 million customers, of whom 7.3 per cent are postpaid subscribers – the biggest such share among telecom companies.

These customers, according to analysts, account for 20 per cent of its revenues.

In contrast, Airtel has 5.6 per cent of its customers on postpaid; it has put together a strategy to become the largest player in this segment.

And if Vodafone Idea shuts, a bulk of these high-paying ARPU (average revenue per user) customers will move to Airtel as Reliance Jio does not have a comprehensive postpaid offering like it, and have aggressively preferred to play in the prepaid market.

Jio has only one offering in this space (at Rs 199), which accounts for only 1 per cent of its subscriber base.

Second, the bulk of Vodafone Idea customers use 2G phones and only a few of them use data.

Based on the latest figures, the company has around 200 million 2G customers, of whom only 38 million use data.

Analysts say it will be easier for Airtel to woo these customers as they can shift seamlessly to its 2G network without changing handsets or even SIM cards (they can port out).

On the other hand, Jio only has a 4G network.

Besides, its challenge is accentuated by the fact that tariffs have also gone up by 15 per cent to 40 per cent, forcing 2G customers to think twice before they make the switch.

The confidence of Bharti Airtel was reflected in what its brass, led by chairman Sunil Mittal, told Goldman Sachs in a recent meeting.

It stated the company was confident that in the event of a market re-allocation in the industry, the telco would capture 50 per cent of the incremental market share.

And that the incremental revenues could come at a very high ebitda (earnings before interest, tax, depreciation and amortisation) margin.

If that’s the vision, it means that Airtel could be looking for over 150 million additional customers who it can grab, in case Vodafone Idea closes down.

That will help the telco reach a subscriber base of over 429 million.

Not only that, the acquisition of postpaid customers, together with a tariff increase that has already been announced, will also make it easier for Airtel to achieve its stated objective of increasing ARPU to Rs 200 in a few quarters, and then to Rs 300.

There is, of course, an opportunity for Jio.

If Airtel picks up half the Vodafone Idea’s subscriber base, the rest will move to Jio and the Mukesh Ambani company would be pretty close to its target of reaching 500 million customers, from 350 million at present.

Third, Vodafone Idea has a vibrant enterprise business and its customers will look for an alternative.

The challenge for Jio is that it just a few months ago launched enterprise offerings and is a new player in this field.

On the other hand, Airtel has a vibrant enterprise business, which already accounts for 22 per cent of its revenues and a 15 per cent share of its ebitda, and has a diversified and large client base.

Yet the closure of Vodafone Idea will be a major loss for the exchequer.

For one, the government will find it difficult to recover the money which the Supreme Court has asked the company to pay once it goes down the insolvency route. Under the IBC process, the Department of Telecommunications can merely be one of the claimants.

Second, the assured annual income from deferred spectrum payments (the government has announced a moratorium for two years) will not come.