Delta is a SARS-CoV-2 variant of concern globally; Delta Plus, with an additional mutation, is a VoC in India. While studies are still underway, scientists say Delta Plus does not seem to be more transmissible than Delta. 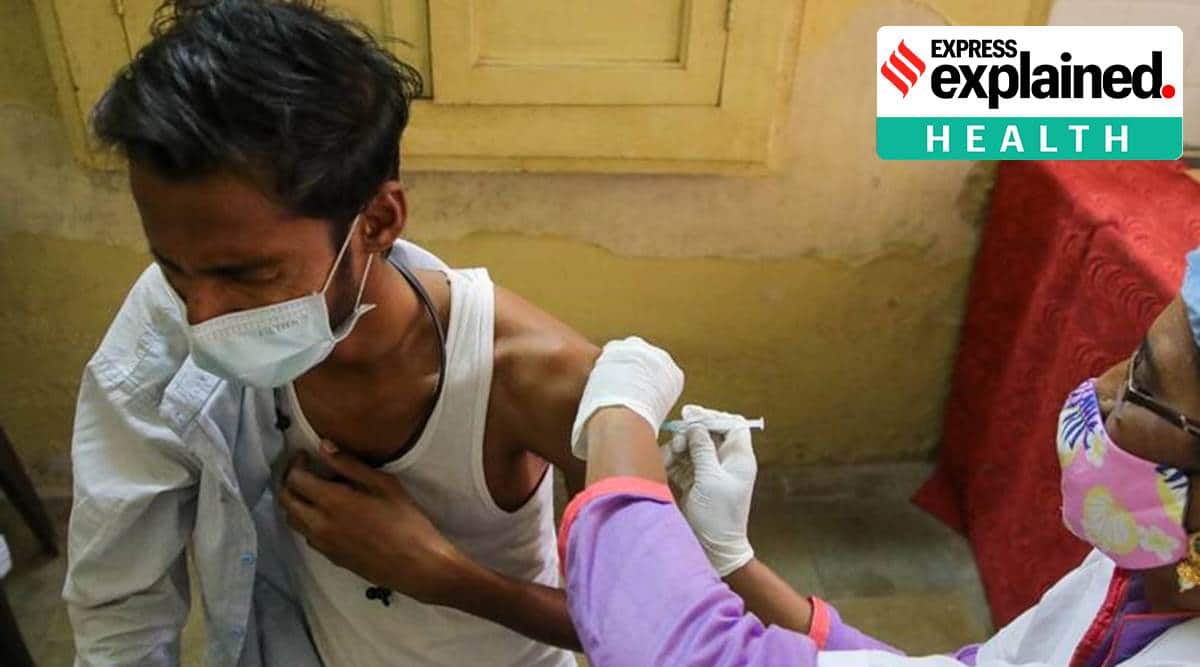 Scientists in India are keeping a close watch on the Delta Plus variant, a mutated version of the Delta variant of the SARS-CoV2 coronavirus. While the transmissibility of Delta Plus is being monitored and lab tests are underway to check vaccine effectiveness, experts have said Delta Plus does not appear to be more infectious than Delta.

What is Delta Plus?

The Delta variant, or B.1.617.2, has been largely responsible for driving the second wave of coronavirus infections, and was first identified in India. It has since mutated into the variants AY.1 and AY.2.

These sub-lineages are called Delta Plus as the Delta variant has developed additional mutations of possible importance, said Dr Anurag Agrawal, director of CSIR-Institute of Genomics and Integrative Biology. “There is a need to understand the continued evolution of the B.1.617.2 lineage of SARS-CoV2,” said Dr Sujit Singh, chief of the National Centre for Disease Control.

Delta Plus has been formed as a result of Delta acquiring a mutation called K417N in the spike protein. The K417N mutation, carried by both AY.1 and AY.2, is also found in the Beta variant or B.1.351, first reported in South Africa and classified as a variant of concern by the World Health Organization (WHO).

Where has this sub-lineage been detected?

Scientists said that initially, a small number of sequences of Delta (B.1.617.2) carrying the K417N were found on the Global Initiative on Sharing All Influenza Data (GISAID). The earliest sequences were attributed to Europe through routine scanning of variation in Delta.

A report by Public Health England in the first week of June mentioned 63 genomes of Delta with K417N as identified on GISAID. These 63 genomes included one each in Canada, Germany and Russia; six in India; nine in Poland; two in Nepal; four in Switzerland; 12 in Portugal; 13 in Japan and 14 in the US.

Is it a variant of concern?

While prevalence of Delta Plus is low in India, scientists are wary of the fact that some mutations help the virus become either more transmissible, or more virulent, or both. As both AY.1 and AY.2 are descendants of Delta , they are likely to share some properties of the Delta variant, such as transmissibility. Also, the K417N mutation is present in the Beta variant, which is reported to have shown immune escape and could dodge antibodies. In terms of spread, how does Delta Plus compare with Delta?

“Studies are under way, but at present we cannot say there is an increase in transmission of the Delta Plus variant based on genomic data or lab studies,” Dr Singh said.

Dr Agrawal said Delta Plus is not rising faster than the Delta variant. However, the Centre is keeping a close watch. Delta Plus cases have been found across 12 states, and public health response has been stepped up by enhancing testing, quick contact tracing and priority vaccination.

According to INSACOG, a consortium of 28 labs set up by the Health Ministry to carry out genome sequencing of the virus, among the 45,000 samples from across 12 states that have been sequenced, some 48 have been found with the mutated variant, as per a media briefing on June 25.

Leading immunologist Dr Vineeta Bal stressed the importance of understanding how transmissible this variant could be. “We need to test the Delta Plus variant in tissue culture and compare it with the original Wuhan virus and the Delta variant to evaluate relative efficiency to enter cells expressing ACE-2 receptors. Whether it is more efficient or not in spreading the infection can then be extrapolated to speculate on its transmissibility,” she said.

In Maharashtra, where 21 cases were reported, Dr Pradeep Awate, state surveillance officer said they have identified 20 persons infected with Delta Plus (there has been one death). “Our investigations are underway, but there has not been an alarming rise in cases. The focus is on tracing the contacts of the index cases apart from stepping surveillance of Influenza-like illness cases in these areas and monitoring breakthrough and re-infection cases,” he said.

Can vaccination at the current rate offer protection from these?

By now, India has given one dose to at least19% of the population and both doses to 4%, leading virologist Prof Shahid Jameel said. Also, the rate of vaccination has doubled over the last week from an average of 3 million to over 6 million doses per day.

Experts note that even one dose of Covishield is over 70% effective in protecting from severe disease and hospitalisation against the Delta variant. But as far as Delta Plus in concerned, trends are unclear at present.

“We have to wait for more data on the mutated variant,” Dr Soumya Swaminathan, WHO chief scientist, told The Indian Express. “Vaccines are effective as of now against all variants in preventing severe disease and death. We will need more data from effectiveness studies. The good thing is that there are very few cases that have been described globally and we need to keep a close watch on this,” Dr Swaminathan had said earlier during a organised by the WHO.

Is any extra precaution needed against this variant?

According to Dr Anita Mathew, Mumbai-based infectious diseases specialist with Fortis Hospital, it is important to maintain physical distance and hand hygiene practices. The way forward is to keep a close watch on its potential presence in the country and ensure appropriate public health response, Dr Mathew said.

Prof Jameel noted that there is no answer to when or not a third wave can hit the country. “All would depend upon how we follow Covid-appropriate behaviour as the country opens up, how quickly we can provide good single dose vaccine coverage, and whether a far more infectious variant emerges as a driver.”

Officials at the Centre have said that given this new variant has been found across various parts of the country, it is crucial to take necessary measures and step up testing, tracking and vaccination. States were directed to take immediate containment measures in districts and clusters identified by INSACOG.