Keerthik Sasidharan’s incandescent masterpiece points at, among many things, the fact that the very thing that gives your life meaning also raises questions of accountability 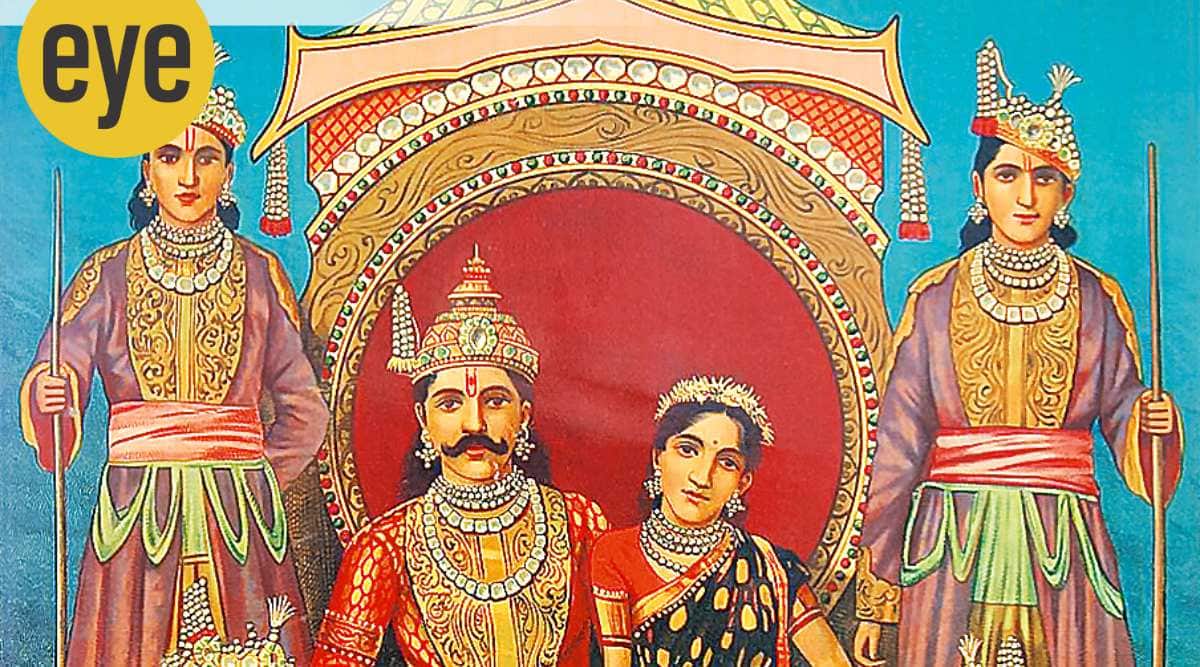 The most clairvoyant moment in Keerthik Sasidharan’s The Dharma Forest, an incandescent and profound retelling of the Mahabharata, comes in a short conversation between the two sweet demons, Virochana and Virupaksha, who are unencumbered by the passions, frailties and self-importance that make humans and the gods partial and self-deluded. They see reality for what it is in a way that escapes all those with loftier ambitions and heavier souls.

As Virupaksha says, “Both Arjuna and Duryodhana, the Pandavas and the Kauravas, and their descendants too, are all condemned to repeat this futile struggle in different forms. The sins of the fathers become the sins of the sons.” And, in a familial sense, the Mahabharata is the playing out of the sins of the fathers; there is not a single father who does right by their children, not burdening them with sins and promises which they have to clean up. “In their blessings lay our undoing,” as the novel says at another point.

But then there is the question of meaning and futility. The question of meaning haunts every action. How does Arjuna make sense of Abhimanyu’s death, “to make sense of the fact that he who was laughing and enjoying life a day ago is suddenly no more.” The human propensity is then to seek a cause; the arbitrariness of meaning can be found only if the cause of an event is identified. But is not this causal cycle doomed to futility? As Virupaksha asks, does not this futility justify a withdrawal from society like those of the Sramanas? Like Buddha and Mahavira, should we not break the causal chain rather than seek meaning in causes? Or, do we need to pay more attention to every causal imprint we leave on the world — the only way to both live in the world and avoid sorrow?

But while Virupaksha and Virochana see the human predicament in terms of the drama of attachment, meaning and futility, what of the humans and gods themselves? The brilliant conceit of this retelling of the Mahabharata is evident in its structure. What if your whole life, your worldly deeds and your inner thoughts and demons were all rerun at the moment of your departure? The pathos of this act comes from the braiding of two opposed sentiments: attachment and accountability. On the one hand, there is the allure of going over all that give your life meaning: the passions, the projects, the loves, the enmities, the achievements and the regrets. Even Krishna, who knows everything, wants, just before he dies at the hands of the hunter, to once again imagine and live the joy of his own earthly relationships.

The Dharma Forest begins with Krishna asking Jara, the hunter who will finally liberate him, to give him the one last satisfaction of running over his life again: so that he can enjoy Arjuna’s friendship and all his other relationships; the world he experienced as a finite creature one last time. But the very thing that gives your life meaning also raises questions of accountability. 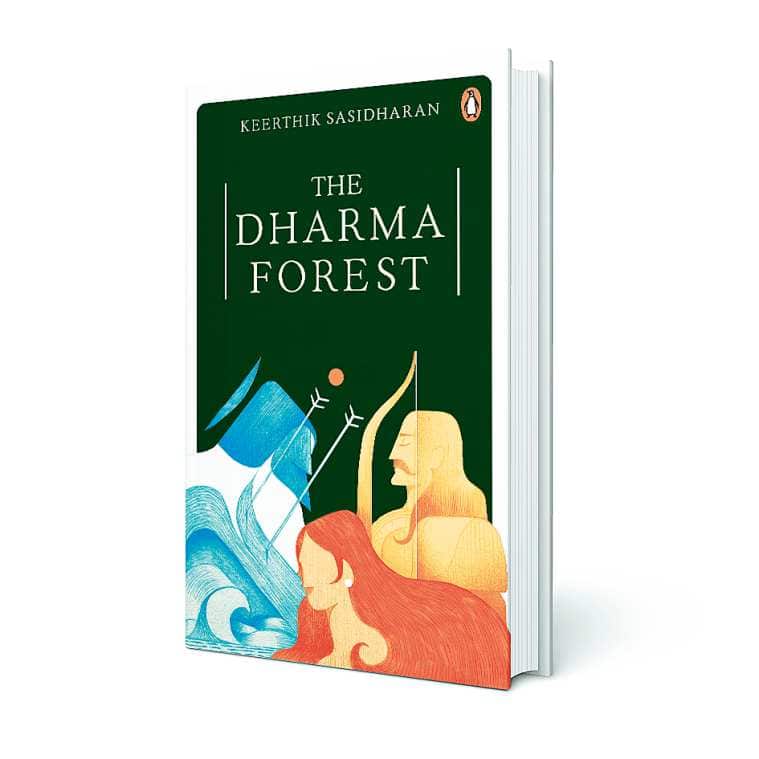 Jara then promises to retell Krishna’s experience through the stories of nine characters. This, the first volume of a proposed trilogy, tells the story through three characters who are, arguably, the closest to Krishna in the deepest sense: Bhishma, Draupadi and Arjuna. Sasidharan, like Rahi Masoom Raza, is luminous in understanding that the central tension in Bhishma’s life is that its end is the attainment of Vasudeva. He is the greatest Krishna bhakta in the Mahabharata, but his finite life is encumbered by the dark steely and violent imperatives of Hastinapura. Arjuna, of course, uses Krishna as the receptacle of all his doubts. Draupadi is Krishna’s alter ego: the doubts he can never answer. These three relationships are done with a literary finesse, psychological subtlety and a pathos that is unparalleled in modern Indian literature. This is writing of the highest order, with words that have an evocative and propulsive power that literally light the world they create alight.

But the structure of this retelling is even more inventive. A full reckoning of each of these lives, in turn, requires a retelling of how this life is viewed by all those who encounter them, so the novel then bursts with many resplendent characters. For instance, Bhishma is imagined through the eyes of Amba, among others. She sees in him both a great soul, but one whose greatness has been shrouded by the impassive, omnipotent state he chose to favour. As Sasidharan puts it, “He chose force, she (Amba) thought because he was too weak to choose any other. It was as if he could not trust time to allow for alternate worlds to birth and take shape.”

In an act of even greater daring, Sasidharan imagines the particularity of Draupadi’s relationship to the five brothers, each with its distinctive hue. Or, offers Bhishma finally understanding both his and Krishna’s truth. “To rule effectively he had learnt after many mistakes and as he aged, was to rule with the threat of violence rather than with violence itself. To rule as a great ruler, however, was to let people have enough freedoms so that they saw the wisdom of returning to the fold after their experimentations. He had never been this sort of ruler. He had heard Krishna was such a rare leader among men. Krishna let them, and their love for him emerged through those freedoms. While thinking of Krishna, his mind suddenly stilled, and he experienced a scintilla of peace, the sort of quietude that made him smile.” There are deeper truths hidden in this paragraph than in tomes of psychology, politics and religion. Keerthik Sasidharan has created an unquestionable masterpiece.

(Pratap Bhanu Mehta is a political scientist and contributing editor, The Indian Express)