Amendments to the Insolvency and Bankruptcy Code framework are a step towards addressing lacuna in its original architecture. The code is transitioning away from a creditor-centric approach. 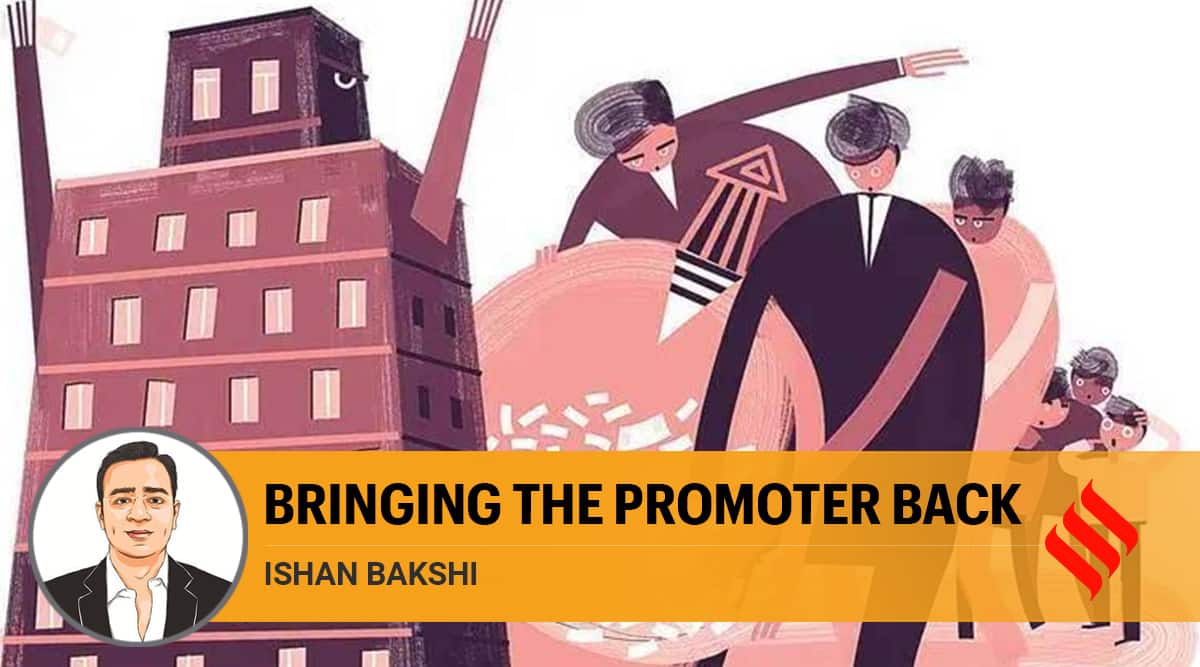 A peculiarity of the approach being taken on tackling firm resolution in India is the manner in which it is swinging from one extreme to the other. The Insolvency and Bankruptcy Code (IBC) started off with an extremely promoter-averse, creditor-friendly approach. It is now in the midst of a crisis, transitioning to embrace — although tentatively — the once vilified promoter.

The first step in this transition was taken by the Centre, which, last week, amended the IBC through an ordinance. The amendment sought to address what some have called a structural weakness in India’s resolution architecture by introducing the concept of pre-packs for micro, small and medium enterprises (MSMEs).

Broadly speaking, the pre-packaged framework involves a privately negotiated contract between the promoters of a financially distressed firm and its financial creditors to restructure the company’s obligations, within the IBC architecture, but before the commencement of insolvency proceedings. Once accepted by creditors, the plan must be presented to the National Company Law Tribunal (NCLT) for approval.

As a firm’s promoters could have submitted a resolution plan even after it enters the insolvency proceedings, subject, of course, to restrictions imposed under Section 29A of the law (this section, which clarifies all those who are ineligible for submitting the resolution plan, applies to pre-packs as well), the difference in the new framework essentially boils down to the following.

First, under the IBC, upon the initiation of insolvency proceedings, control of a firm is wrested from its existing promoters, and a resolution professional is appointed to manage the affairs of the company during this process. But the amendment has turned this arrangement on its head. Now, during the restructuring, the promoter, through the pre-pack, retains control over the firm. So effectively, we have transitioned from a “creditor-in-control” model of resolution to a “debtor-in-control” model of restructuring.

Second, considering the nature of this arrangement, the absence of an open bidding process, such as during the resolution phase — which would have allowed for multiple competing offers to be considered by the committee of creditors — might raise questions over price discovery, especially if value maximisation for creditors is the yardstick to measure the efficacy of IBC.

This marks a fundamental change in the IBC framework.

Implicit in these changes is the admission that the IBC, while it has strengthened the position of the creditors, had swung to an extreme. Even the most ardent votaries of the IBC would agree, perhaps grudgingly, that the resolution architecture as it stood prior to this amendment was perceived as being too creditor-centric.

Wresting control from the “errant” promoter, while it may sound politically appealing — more so in a highly charged environment where allegations of cronyism, corruption abound — comes with its own set of consequences, which have become all the more apparent during this pandemic. But while there are problems with a “debtor-in-control” regime — numerous cases of fraudulent activities and asset stripping do warrant scepticism of the promoter — the notion that all business failure is due to the connivance of promoters needs to be reconsidered. Firms may be unable to pay their obligations simply because the economic cycle has turned. Or projects have not materialised as expected. Or a once-in-a-century event like COVID has occurred. It’s unfair to lay all the blame at the doorstep of the promoter.

It is highly probable that many businesses that are struggling at the moment would have been viable and profit-making before the pandemic. At a time when there aren’t enough buyers in the economy, pushing all of these struggling firms through the IBC process, which as it is suffers from a liquidation bias (of the 2,422 cases closed since IBC came into being, 46.5 per cent of the firms have gone into liquidation, while a resolution plan has been accepted in only 13.1 per cent of the cases), would lead to significant value destruction.

This amendment, which creates a framework for restructuring, without the promoter losing control over the firm, addresses a lacuna in the law.

Both promoters and creditors have strong incentives to go for this option. Promoters get to hold on to their firms, and exit the process with more manageable obligations, making this an attractive proposition. But surely, if the idea of restructuring stems from ensuring firm continuity, then shouldn’t watering down Section 29 A also be considered to widen the list of possible buyers? Or will political optics continue to overpower economic logic?

For creditors, considering the liquidation bias in IBC, as long as the value of the restructured obligation is greater than the liquidation value (which as data has shown is a fraction of the admitted claims of creditors), it makes sense to choose this option, more so, during periods of heightened economic distress when there are limited buyers of stressed assets.

Moreover, this entire process remains outside the restructuring framework of the central bank. And, considering that the pre-packs encompass all financial creditors, as opposed to RBI’s restructuring schemes which deal only with banks, this takes into account concerns of other financial creditors as well. Further, a judicial seal of approval also douses concerns of questions being raised by investigative agencies in the future.

In view of the demand for such a framework, it is likely that operationalising it only for MSMEs now, may just be a first step — a prelude to opening it up for the entire corporate universe. This approach will help clarify issues, bring about greater certainty to the process. And, once the creases are ironed out, it will create a permanent mechanism for restructuring debts — COVID or not.

The transition from penalising promoters to rescuing them is well underway.