Covid appropriate norms, such as wearing masks and social distancing, were repeatedly flouted in rallies and public meetings of political leaders in states where elections were recently held. 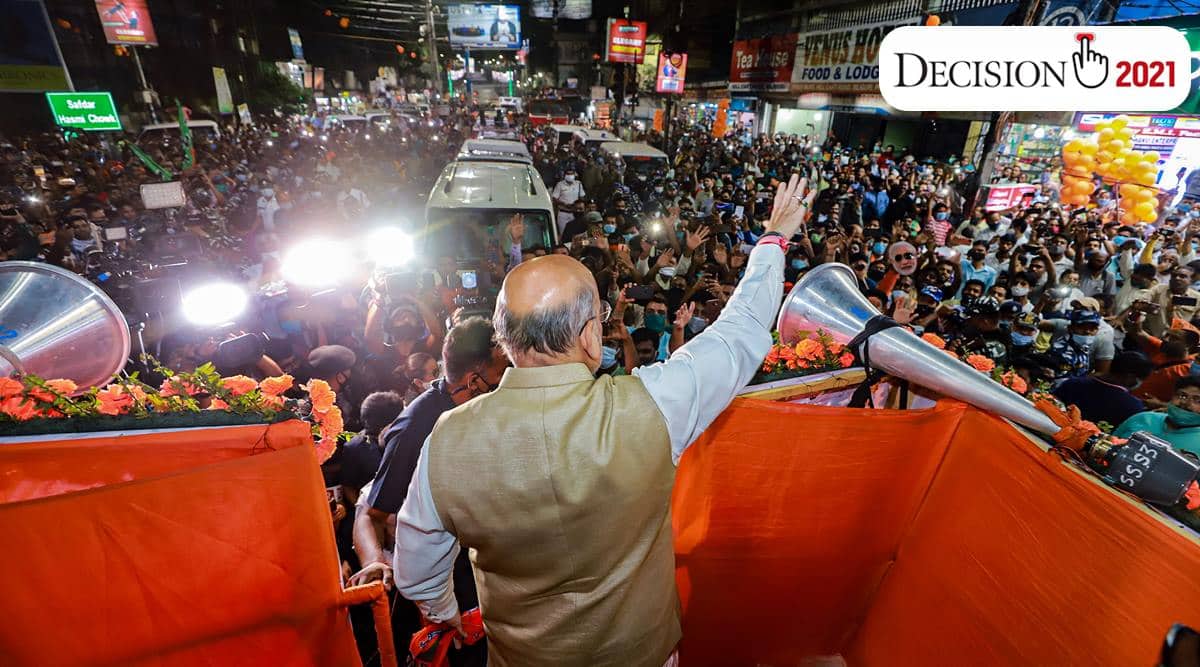 With India grappling with the second wave of Covid-19, many state governments have clamped stringent guidelines in recent days restricting political and social gatherings.

According to the data by Union Health Ministry, the Covid curve in the country registered started showing an upward trend from March 15 onwards in most states, including all the poll-bound states. Notably, mass political rallies and roadshows were held in Assam, Kerala, Tamil Nadu and Puducherry where voting for the Assembly polls concluded on April 6. In addition, four more phases of polls are yet to be conducted in West Bengal and, unsurprisingly, the political campaigning in the state is in full swing.

On March 17, Prime Minister Narendra Modi held a video conference with chief ministers of different states, saying the relative success of India in dealing with the pandemic should not give way to “carelessness” and people should seriously follow the ‘Test, Track and Treat’ formula to stop this emerging “second peak” of the virus. Despite this, Covid appropriate norms, such as wearing mask and social distancing, were repeatedly flouted in election rallies and public meetings of political leaders in states where polls were recently held.

Here’s a look at how the Covid-19 numbers have spiked in these election states:

Voting for the eight-phase West Bengal election started on March 27 and will continue till April 29. Bengal has seen aggressive campaigning by the central leadership of BJP, led by PM Modi himself, in its bid to bring down the incumbent Trinamool Congress government. The TMC campaign was led by Chief Minister Mamata Banerjee, who continued to attend mega rallies and public meetings even after suffering a leg injury in her constituency Nandigram. 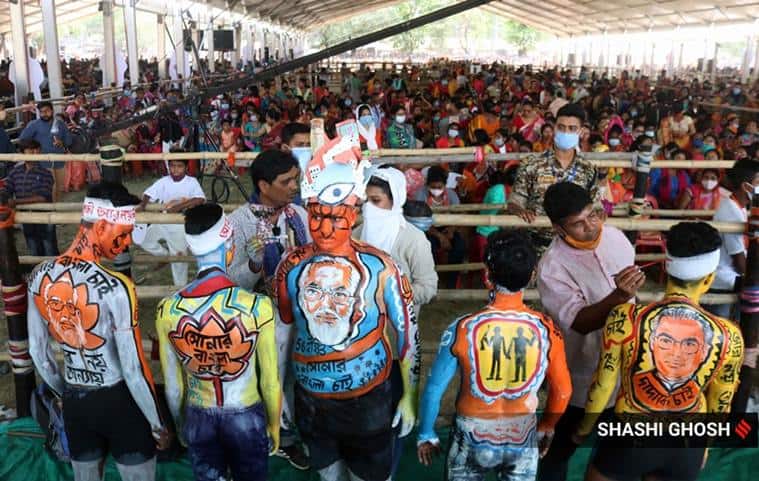 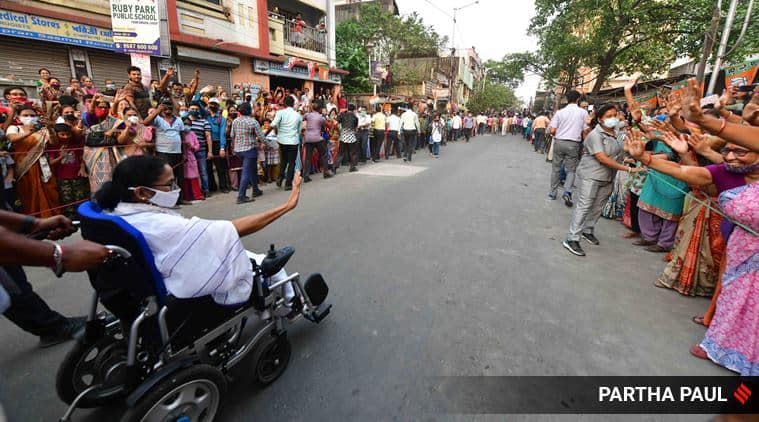 Mass rallies became a norm in the state even as doctors warned of following Covid-appropriate behaviour. Sanjib Bandyopadhyay, in-charge of the post-Covid follow-up clinic at the Infectious Diseases and Beliaghata General (ID&BG) Hospital, which was a designated Covid-19 hospital, predicted a “severe outbreak” of contagion in the state during elections, a PTI report said.

“It is quite a risky situation. We are seeing large number of people participating in rallies and meetings by political parties in West Bengal and not bothering about the norms which should be followed during this pandemic,” he said.

The state is heading towards a severe outbreak of the disease and it may happen even before the elections are over, he added. 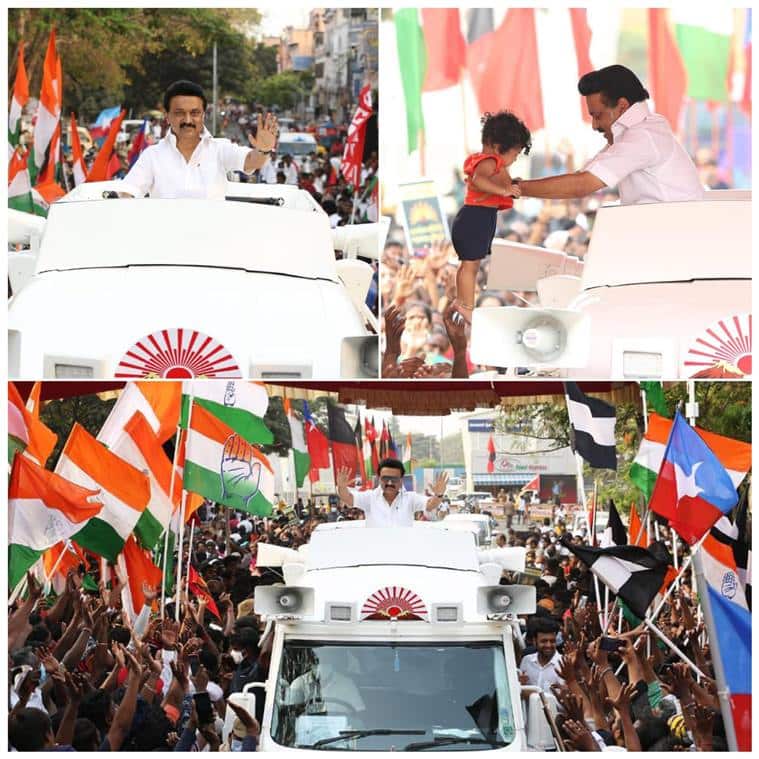 On March 1, the state had registered only 23 new cases. On April 13, the daily number stood at 378 cases. Within this time period, the state conducted 8,18,546 Covid tests and recorded 26 deaths. 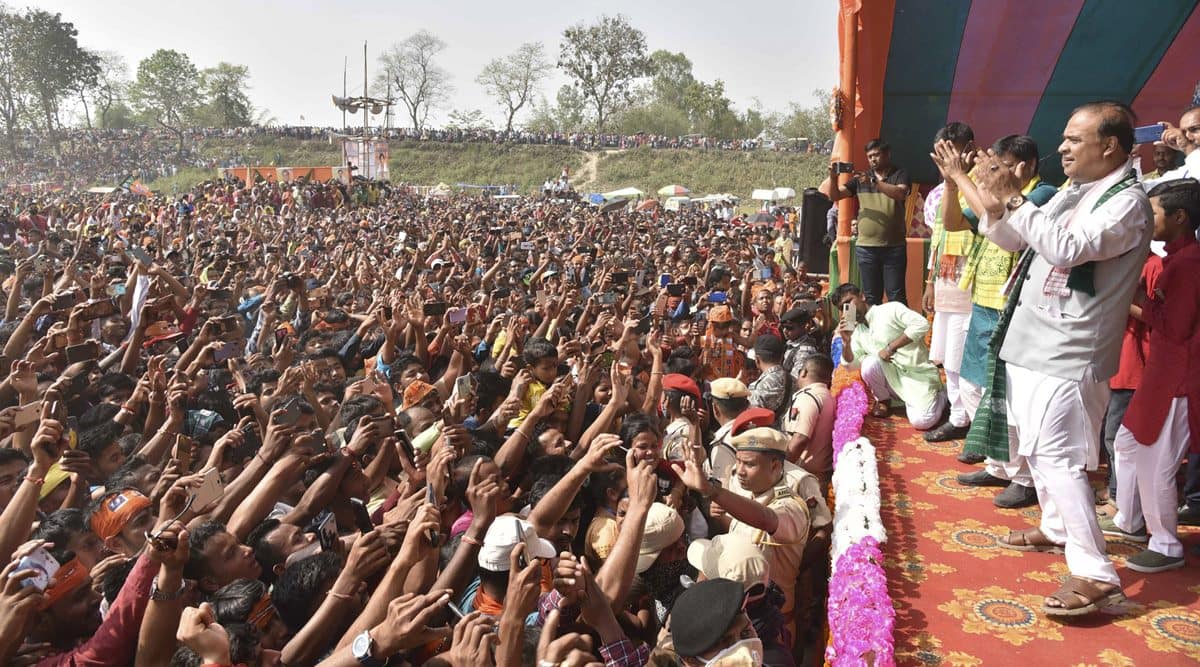 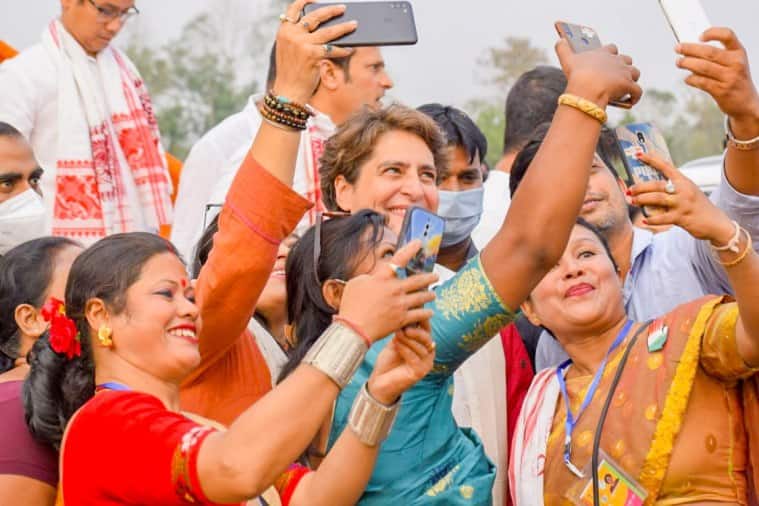 On March 1, the UT had registered only 19 new cases. On April 13, the daily number stood at 313 cases. Within this time period, the state conducted 80,711 Covid tests and recorded 27 deaths.