"I was worried about Muslims not taking kindly to this book, given the reputation of intolerance that they have. But clearly, that’s just another myth. I was also not expecting Hindus to read and appreciate the book the way they have" 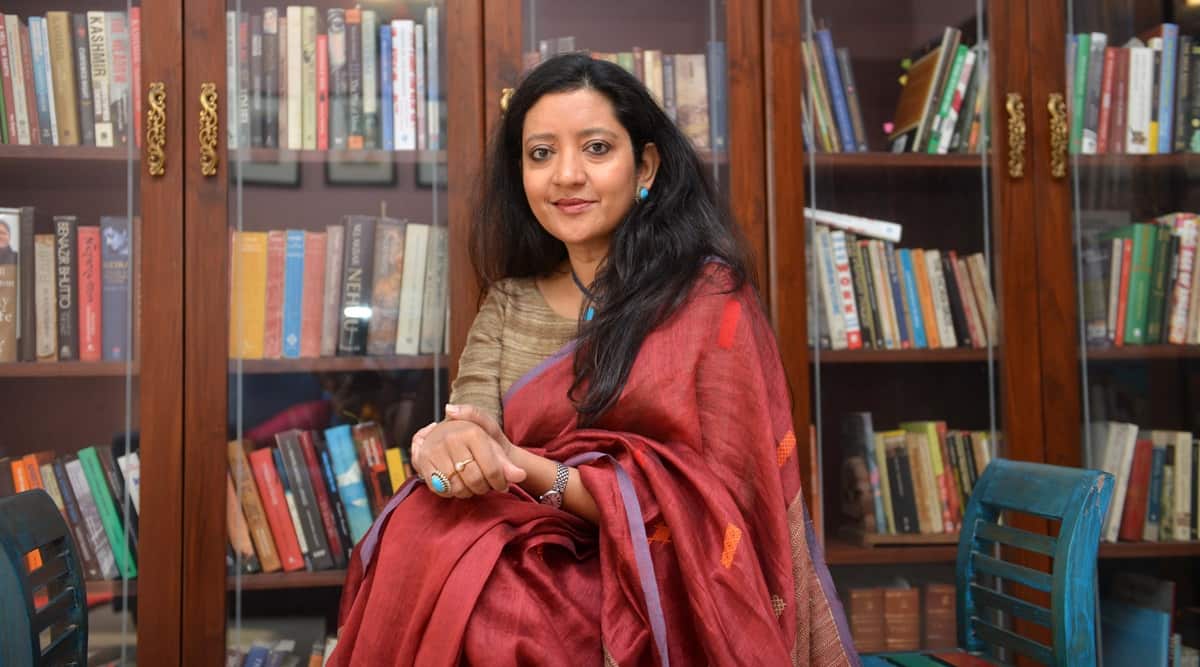 In her latest book Born A Muslim: Some Truths About Islam in India, senior journalist Ghazala Wahab sheds light on the varied and widespread misconceptions about Islam and the Muslim population in India through real life stories and incidents.

The book is not only of academic interest for its historic and ethnographic prowess, but also an autobiographic narration of her own journey of navigating through her faith. Born A Muslim, which won the ‘Tata Literature Live! Book of the Year Award – Non-Fiction’, discusses everything from the birth of Islam, its introduction in India, the Partition, as well as present-day insecurities and fear among the Muslim population of the country amid rising Islamophobia and communal violence.

In a candid conversation with indianexpress.com about the book, religious divide in India, religious identity, violence against Muslims, and more. Excerpts:

How did you come about writing Born A Muslim? What inspired you to put pen to paper?

As executive editor of FORCE, a monthly magazine on national security and defence, I have been writing on issues of terrorism and jihad. The phrase, ‘all terrorists are Muslims’ used to trouble me. I felt that Muslims were being misled about their own religion. The basic idea of the book emerged from there. I sought to inform the Muslims about their own religion. However, in the course of my research I realised that not only was my understanding superficial, it was prejudiced too. That Muslims were more victims rather than perpetrators of violence. Hence, there was as much need to inform Muslims of their own faith as there was to acquaint non-Muslims with the Muslims in India. It’s a tragedy of our nation that despite Muslims being nearly 15 per cent of the population, a large number of Hindus know nothing about them, and hence believe anything about them.

What are the larger themes the book deals with?

The central idea is busting the myths about Islam and Muslims in India. Most people, including the Muslims, do not know how Islam came to India, how it impacted the Indian society and what influences it imbibed from the Indian society. Not many people know that after Arabia, India is the country where Islamic thought emerged. In fact, the idea of what is known as political Islam worldwide emerged in India. Along with this, I have also addressed in some detail various Islamic sects and movements which originated in India and how they shaped the Muslim society, not just in India, but outside too. In this sense, Islam is as much as Indian religion as it is Arabian.

What according to you was the turning point that worsened the communal divide?

The biggest turning point in India was the Partition. Politics of Partition apart, the violence that led up to the final divide and followed thereafter was the consequence of deep-rooted insecurities, fear and anger which vested interests across religious divide fanned. The long-term effect of that violence was the negation of our heritage of harmony. We accepted that if we could kill one another so brutally in 1947-48, we couldn’t have ever lived peacefully in the past. That we always hated one another. This situation continued to deteriorate over the years. However, despite all this until 2014, communal violence used to be an interregnum in the long periods of peace. People believed that once violence abated, they would be able to go back to their regular lives. This has changed now. Violence is no longer an event. It has become an endless overhang over our society, which is sapping away the sense of peace and hope. A certain group of people, not just Muslims, now live with a perpetual fear of violence, both by the state and non-state actors.

Identity is one of the major themes in the book. How have you navigated it?

Religious identity is closely linked to the degree of security or insecurity people feel. Insecure people tend to take recourse in group identities. Hence, vulnerable Muslims are more inclined to clinging to symbols of religion. The more these symbols are attacked, more important they become, and over time they become integral to the practice of religion itself. For example, skull caps, hijab etc.

From living in a Hindu majority locality in Agra in the ‘80s and facing discrimination and violence, to present-day India, has your experience of being a Muslim in India changed through the years?

The violence that I faced in my adolescence was a one-off incident. I have never faced any violence or discrimination through my life thereafter. In fact, contrary to the experiences of many Muslims, I have not faced discrimination even in finding accommodation in Delhi-NCR. And I have always lived in mixed localities. However, I must add here that my cousins moved to Delhi, a decade after me and they faced discrimination in finding accommodation. So, India did change, but my privileged position kept me shielded from those changes. That’s why working on this book was a bit of an eye-opener for me as well.

Has the reception of the book been in line with what you anticipated?

The reception has been overwhelming and well beyond my expectations. I was worried about Muslims not taking kindly to this book, given the reputation of intolerance that they have. But clearly, that’s just another myth. I was also not expecting Hindus to read and appreciate the book the way they have.

What do you hope readers take away from ‘Born A Muslim’?