For the first time since 2014, the Pakistan men’s junior hockey team reached Delhi on Saturday to participate in the Junior Hockey World Cup. The World Cup is being held in Bhubaneswar from November 24 to December 5. 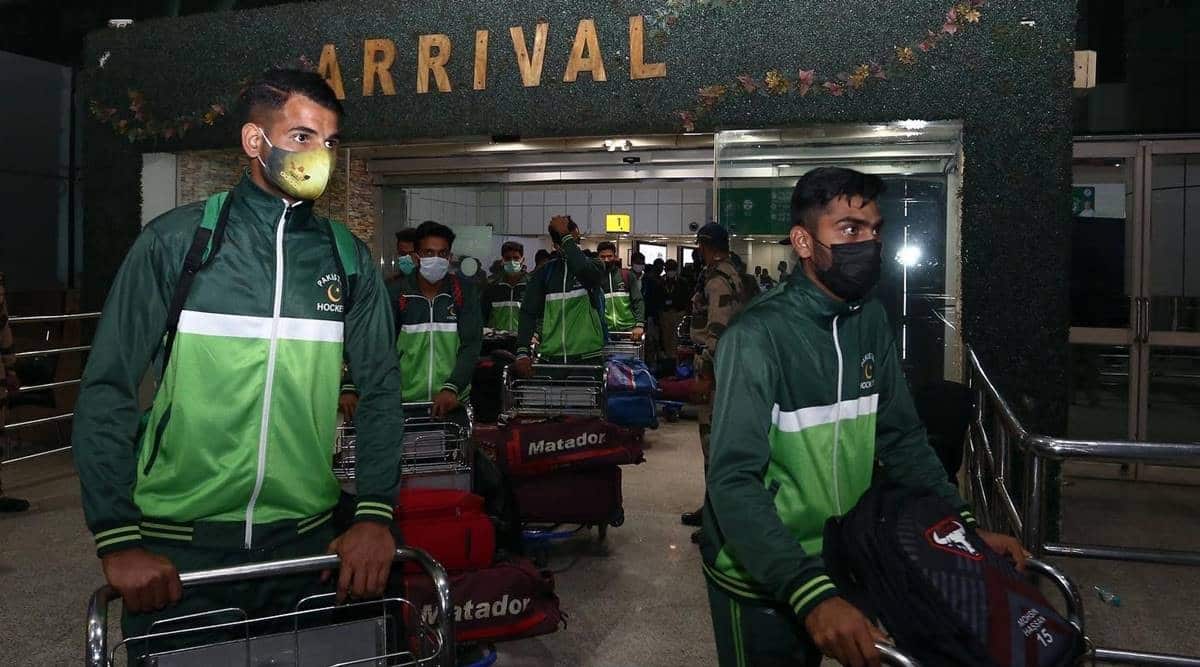 INDIA AND Pakistan have stepped up people-to-people engagement — from reopening the Kartarpur corridor earlier this week to restarting hockey diplomacy after seven years.

For the first time since 2014, the Pakistan men’s junior hockey team reached Delhi on Saturday to participate in the Junior Hockey World Cup. The World Cup is being held in Bhubaneswar from November 24 to December 5.

The last time a Pakistan hockey team was in India was for the Champions Trophy in Bhubaneswar in 2014. That was the year when Prime Minister

Narendra Modi had reached out to all SAARC leaders, including  then Pakistan PM Nawaz Sharif, for his swearing-in ceremony.

Officials said the Pakistan players were not issued visas for the Junior Hockey World Cup in 2016 – the year of the Pathankot (January 2016) and Uri (September 2016) attacks, which was followed by the surgical strikes (September 2016).

In 2019, Pakistan’s shooting team missed the Delhi World Cup for the same reason – they were not issued visas – which almost led to India’s sporting isolation. This happened in the shadow of the Pulwama terror attack, in which at least 40 security personnel were killed.

But, following a stern warning by the International Olympic Committee, the government gave a written assurance that sportspersons from Pakistan would not be stopped from coming to India.

This time, Pakistan was invited to compete as the Asian qualifiers could not be held due to the pandemic and its players and officials were granted visas, officials said.

“They are fully prepared and in high spirits, ready to give their best during the matches,” said a Pakistani diplomat.

Since February this year, back channels between the two countries have been working overtime to keep the Line of Control peaceful. But in the last few months, targeted killings in Kashmir queered the pitch.

While India invited Pakistan’s NSA for the regional dialogue of NSAs on Afghanistan, Islamabad declined the invitation. Both sides, however, agreed to move forward on the Kartarpur corridor, which was reopened earlier this week.

But, the relationship remains complex, as Islamabad is yet to allow the Indian government to send wheat to Afghanistan through the land route crossing Pakistan. This, despite Pakistan Prime Minister Imran Khan assuring the Taliban delegation last week that his government will “favourably consider” the proposal under exceptional circumstances for humanitarian reasons.