According to the police, probe so far has revealed that one man in the group was the mastermind, though his motives aren’t clear yet. 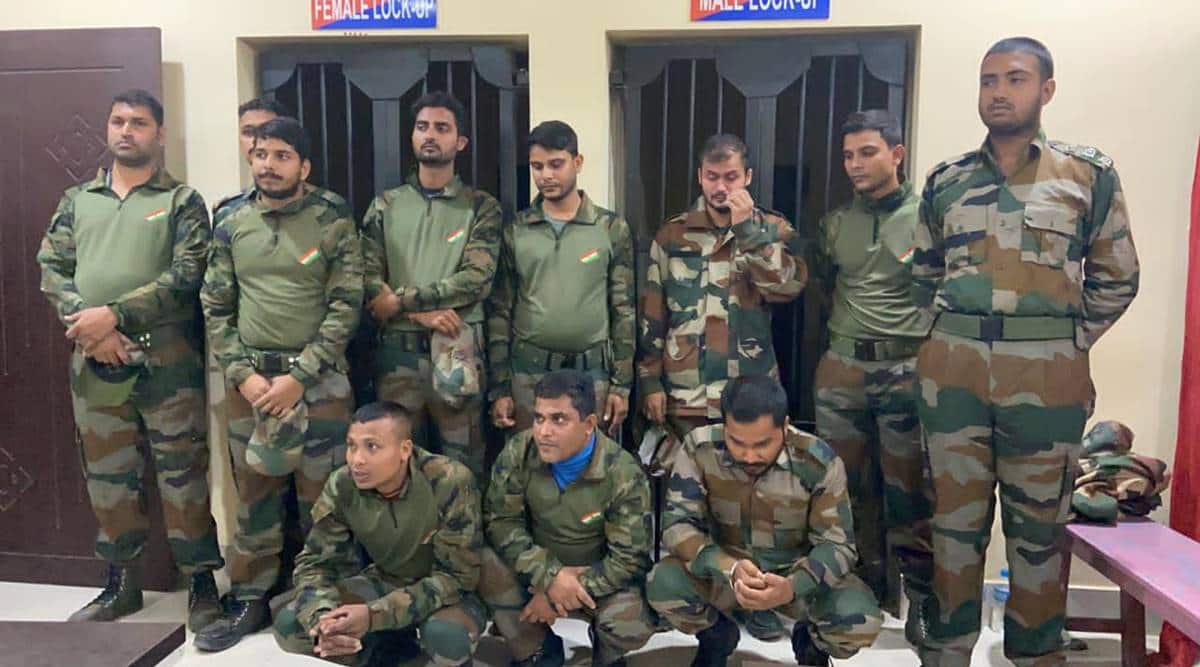 Eleven people were Tuesday arrested in Guwahati after they were found impersonating Indian Air Force personnel near the airport.

MP Gupta, Commissioner of Police, Guwahati, confirmed the arrest to The Indian Express and said investigation is on in the matter.

The men were found on Monday night moving around near the Guwahati airport, dressed in full military fatigues. Police on duty in the area got suspicious and apprehended them. On interrogation, it was found that the men possessed fake identity cards of the IAF.

A senior police officer of Guwahati (West) told The Indian Express that as of now, investigation has revealed that the men are not part of a larger racket.

“One of the eleven men, DK Goswami, is the main accused. He manipulated the other 10 persons and made them believe they were being recruited for the Army. Some of the men in the team are his relatives,” he said.

The officer added that the exact motive would be found out after the investigation is completed.

“We are investigating why he committed this fraud. Goswami has not taken any money in the name of getting them jobs. But one of the aspects we are looking into is that Goswami wanted to use the fake IDs he created for the 10 others in procuring some kind of loan,” he said.