The gulf could have widened further had China not halted Ant Group’s $37-billion IPO.

The two countries were neck-and-neck in the m-cap sweepstakes till the end of 2006.

However, its stock market was under-represented, with its ‘market cap-to-GDP’ ratio at just 17 per cent.

There was another surge in 2015, even as India’s m-cap grew at a much slower pace over the past decade.

The emergence of tech giants such Alibaba and Tencent has aided China’s rise. 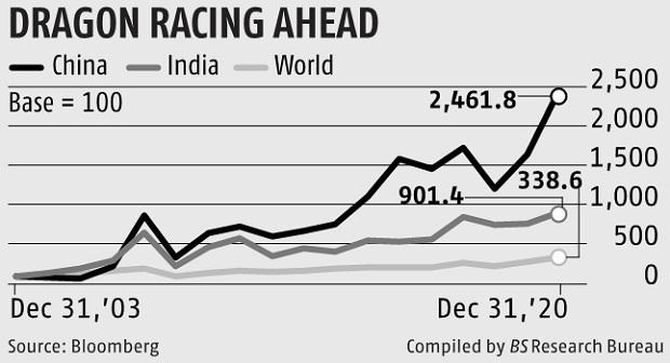