Jharkiholi and Sudhakar are among the seven-eight MLAs identified in the Congress as being opposed to JD(S) leader HD Kumaraswamy continuing as the Chief Minister of Karnataka. 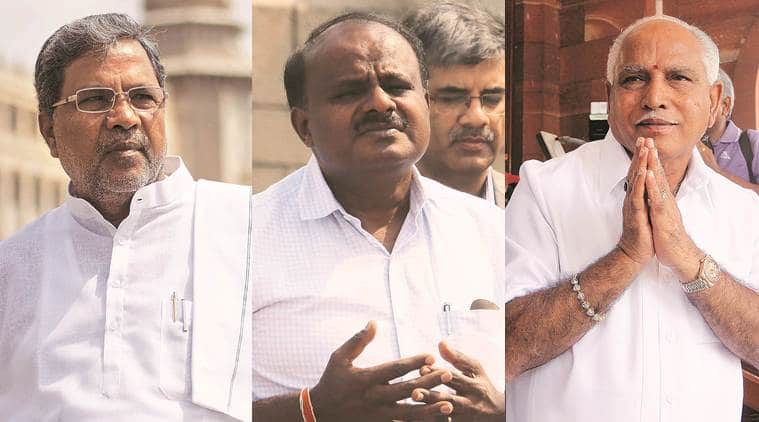 Congress on Tuesday rushed senior party leaders Ghulam Nabi Azad and AICC general secretary in-charge of the state KC Venugopal to Bengaluru to quell discontent within the Congress-JD(S) coalition. This comes amid speculation over the continuation of the year-old fledging JD(S)-Congress government in Karnataka.

Amid reports that two Karnataka Congress MLAs, Ramesh Jharkiholi and K Sudhakar, met BJP leader S M Krishna on Sunday at his residence, PTI reported that Azad and Venugopal were sent to Karnataka to placate the disgruntled state leaders. Azad and Venugopal are likely to hold discussions with the top leaders of the party in the state in order to sort things out.

Jharkiholi and Sudhakar are among the seven-eight MLAs identified in the Congress as being opposed to JD(S) leader HD Kumaraswamy continuing as the Chief Minister of Karnataka.

The duo was among the six Congress MLAs who had travelled to Mumbai in February, allegedly at the behest of the BJP and its state chief B S Yeddyurappa, in an attempt to topple the coalition government.

On Monday, former Karnataka chief minister Siddaramaiah asserted that the JD(S)-Congress government was a “strong” one and ridiculed Yeddyurappa for repeatedly claiming that the coalition would collapse.

Since the coalition took over on May 23, 2018, the BJP has tried to woo over a dozen coalition MLAs in order to reduce the alliance to a minority and stake claim to form a government.

The BJP, with 105 members, is the single-largest party in the 225-member Karnataka Assembly. The ruling coalition has 117 members — 79 of the Congress, 37 of the JD(S) and one of the Bahujan Samaj Party (BSP).