An escalation in the already simmering tensions between North and South Korea, China and Taiwan, and Russia and Ukraine could prove to be a bigger worry for the markets over the next few months rather than central bank policy action, said analysts. 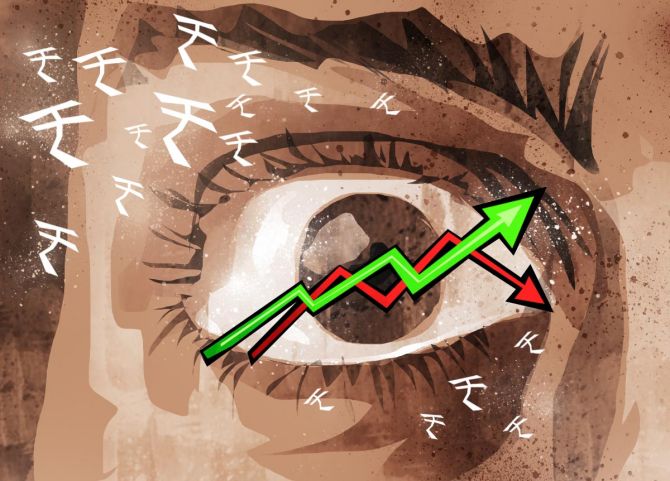 The markets, they said, are still not fully factoring in this possibility.

“The conflict between Iran and Saudi Arabia is another geopolitical worry.

“All this will have an economic implication as well, as it will impact the crucial energy supply especially at this time of the year when the winter is likely to be harsh.

“The food supplies can also be hit. In case there is an unfortunate geopolitical event, it will fan inflation concerns and growth rates across economies. Geopolitical tensions are ranked numero uno when it comes to what can hurt market sentiment over the next few months,” said Gaurang Shah, head investment strategist at Geojit Financial Services.

According to reports, North Korea has fired at least one ballistic missile toward its eastern sea, the latest in a series of weapons tests that have raised tensions in the region.

The development, reports suggest, comes a day after it fired over 20 missiles – most a single day ever.

Meanwhile, Saudi Arabia has shared intelligence with American officials that suggests Iran could be preparing for an imminent attack on the kingdom, reports suggest.

“As it is, the world economy is reeling under the impact of the Russia-Ukraine war and tensions between China and Taiwan.

“Any escalation in the tensions between Iran and Saudi Arabia or North and South Korea will impact growth and the markets, which have not yet fully priced in this possibility,” said G Chokkalingam, founder and chief investment officer at Equinomics Research.

Meanwhile, on the policy front, the US Federal Reserve (US Fed) hiked rates by 75 basis points (bps) after its two-day meeting ended on November 2.

The decision lifted the target for the benchmark federal funds rate to a range of 3.75 per cent to 4 per cent, its highest level since 2008.

Most analysts expect the US central bank to slow its pace of hikes going forward.

“The markets have not liked the US Fed’s language and the S&P 500 index was down 2.5 per cent, its worst performance on a Fed decision day since January 2021.

“The Fed doesn’t like it when the market is in control.

“It likes to be in control. So it took back control by saying the rate hikes will be less big, but they’ll also be more spread out.

“I still think the markets can grind higher – ex-technology, which is in turmoil – between now and the end of the year, if the forward looking inflation readings continue to show that inflation is coming down, which they are,” said Mark Matthews, head of research for Asia, Julius Baer.

Unless the inflation data comes in very strong over the next few months, analysts at Rabobank International, too, expect the FOMC to slow down its pace of hikes going ahead.

“We expect a 50 bps hike in December, followed by two hikes of 25 bps in February and March, which would take the top of the target range to 5 per cent.

“Inflation is persistent and it will take time to bring it back down toward the Fed’s 2 per cent target.

“FOMC will remain on hold for the remainder of 2023 after reaching the terminal rate,” said Philip Marey, senior US strategist at Rabobank International.