Describing the figures given by the Home Minister on the position of Bengal on various parameters as "garbage of lies",  Mamata Banerjee said that she will give a detailed reply to Amit Shah's accusations on Tuesday. 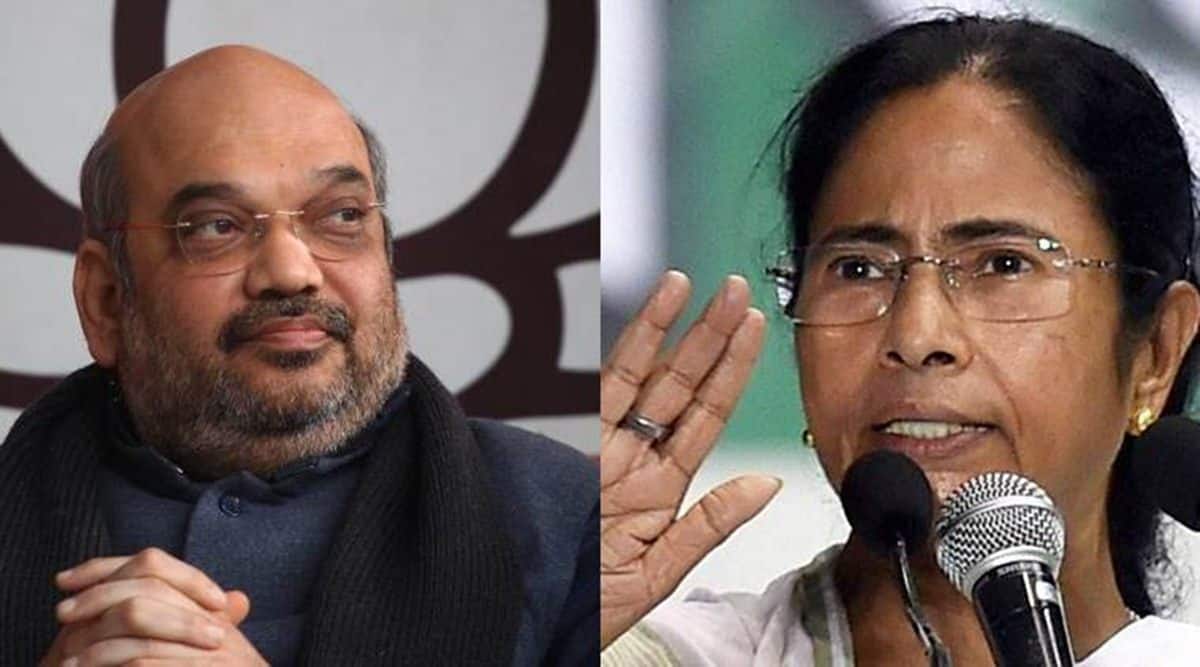 In her first reaction after Amit Shah’s visit to West Bengal, Chief Minister Mamata Banerjee accused the Home Minister of spreading falsehood on the development of the state. Describing the figures given by the Home Minister on the position of Bengal on various parameters as “garbage of lies”,  Banerjee said she would give a detailed reply to his accusations on Tuesday.

“I want to tell Amit-ji that you are the home minister and it does not suit you to shell out lies provided by your party workers without cross-checking,” Banerjee said.

Responding to Shah’s accusations, the TMC supremo said, “I will only speak on two things today. He said we are a zero in industry, we are number one in MSME. He also said, we have not made village roads, we are number one on that count too and this information has been shared by the Government of India.”

The chief minister also said that she would visit the Birbhum district on December 28 for an official meeting and would lead a roadshow the next day, PTI reported.

Amit Shah, who held a roadshow in Bolpur and addressed a press conference on Sunday, had announced that only a “son of Bengal” would become the next Chief Minister of the state. Bengal, he said, “had a third of India’s GDP at the time of Independence; after three decades of communist rule and one decade of TMC rule, it has shrunk badly. Bengal contributed 30 per cent of India’s industrial production in 1947. Today, it has fallen to just 3.5 per cent. I want to ask both Mamata Di and the communists – who is responsible for this downfall?”

Banerjee said that her party had been opposing CAA since the BJP-led NDA government passed it in Parliament. “We are against NPR, NRC… We will fight the battle and we will not allow any people to go out of the country,” she said.

The firebrand TMC supremo further said that she had written a letter to Union Agriculture Minister Narendra Singh Tomar, reiterating the state’s request to route the PM Kishan Samman Nidhi scheme funds through her government for disbursal among the farmers.

“I have already written to the Union agriculture minister to send the funds to the state treasury and we will disburse it to all. But, instead of doing that, in order to make political gains, they are bypassing the state government, which is the implementing authority of central schemes,” she said.

Asserting that she would not accept any insult to Rabindranath Tagore, Banerjee said those who are questioning ‘Jana Gana Mana’ as the National Anthem, should know “it is a submission to the soil of the nation”.

“If anyone feels that they will force their religion on others, then I am ready to give my blood but will not allow any such thing to happen that will insult the National Anthem or Rabindranath, Vivekananda, Subhas Chandra Bose, Gandhiji, Ambedkar, Birsa Munda, who are our country’s pride,” she said. Amit Shah paid homage to Tagore at Rabindra Bhavan during his two-hour-long visit to the Visva-Bharati university in Shantiniketan on Sunday.