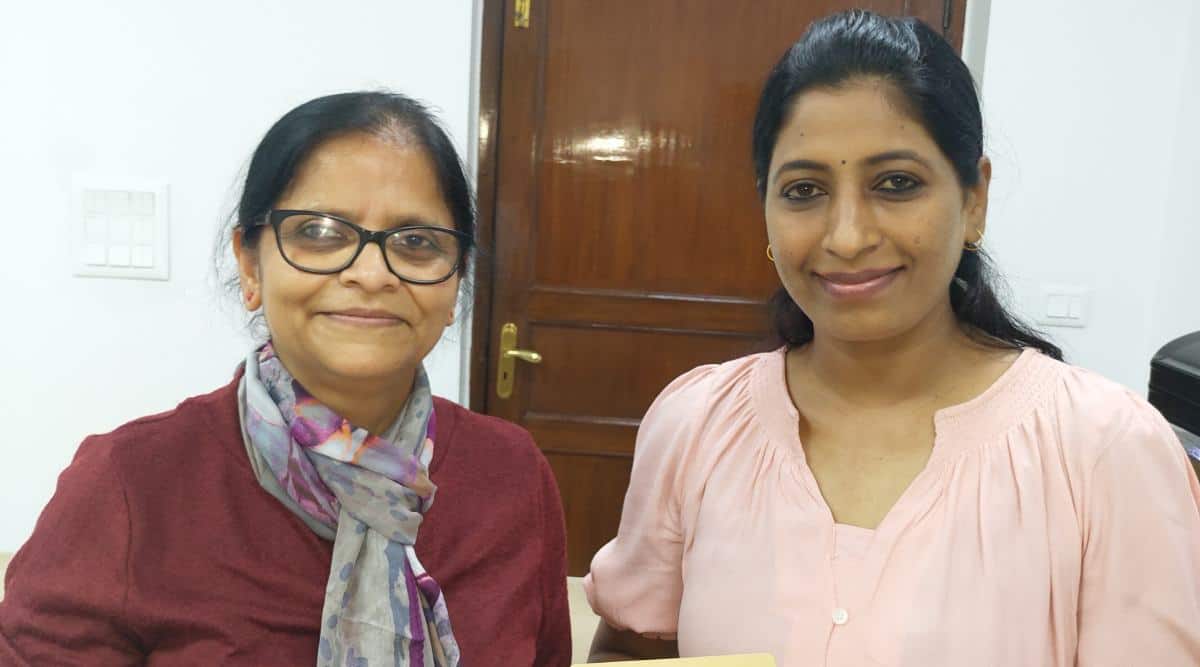 A 100% solar-powered battery-less cold store that can preserve around 2 tonnes of freshly-harvested produce at 3-4°C during the day and 8-12°C at nighttime. A technology for imparting elasticity and structural strength to bajra and maize dough, making their chapattis as soft as from regular wheat atta flour.

These are potentially game-changing innovations developed by women scientists from the Indian Agricultural Research Institute (IARI).

The Pusa-Farm SunFridge (Pusa-FSF), an on-farm green energy refrigeration system, is the culmination of more than five years of work by Sangeeta Chopra, principal scientist at IARI’s Division of Agricultural Engineering, in collaboration with researchers from the Michigan State University.

“The idea of minimising post-harvest losses, by having a cold store at the farm itself and running on solar power without any electricity from the grid, always interested me. Farmers usually harvest tomatoes, brinjal, okra, chilli, beans, peas, fruits or even cut flowers over multiple pickings. If their produce remains fresh through cooling, they can avoid distress sales and wait for prices to improve,” said Chopra. The 10x10x10 ft cold store structure designed by her can stock enough vegetables and fruits to fully load a Tata 407 mini truck. This can be taken in a single trip to the market when the prices are right.

The Pusa-FSF has rooftop solar panels that generate 5 kilowatt power, of which 3 KW is used to run a 1.5-tonne air-conditioner and bring down the temperature inside the structure to 3-4°C. This has been done by dispensing with the thermostat that limits the normal cooling in ACs to 16-17°C. The panels also power a 105-watt submersible pump circulating about 1,000 litres of water from a tank through overhead PVC pipes. The AC and submersible pump operate throughout the day when the sun is out and automatically shut in the evenings.

“At night, there is only passive evaporative cooling, with the water chilled during the day acting as a natural heat sink. This, along with the materials we have used (mesh, wetted nylon felt fabric walls, styrofoam/thermocol insulation and autoclaved aerated concrete floor), ensures that the nighttime temperatures are also maintained within 8-12°C,” explained Chopra.

The Pusa-FSF, built on dismantlable mild steel frames and plates, has been installed at IARI’s New Delhi campus and two villages – Picholiya in Rajasthan’s Ajmer district and Chamrara in Panipat, Haryana.

“The total cost is Rs 5-5.5 lakh, for which farmers may need support similar to that in solar irrigation,” noted Indra Mani, head of IARI’s agricultural engineering division. The technology has been licensed to Jaipur-based SND Infraprojects Pvt. Ltd and “we are in discussion with three other firms for its commercialisation,” he added. India has an estimated four lakh-plus installed solar water pumps. An average 5-horsepower pump costing Rs 2.5 lakh attracts 70-90% subsidy. According to Raghav Agarwal, director of SND Infraprojects, all farmers with solar pumps are a potential market for the Pusa-FSF: “They know how solar power can irrigate their fields. They will understand how it can also be used for refrigeration and extending the shelf life of their produce”.

But Chopra isn’t the only one whose work is at the cutting edge. At IARI’s Division of Biochemistry, Shelly Praveen and T. Vinutha have developed a technology for extraction of gluten from wheat dough and its regeneration in bajra (pearl-millet) and makka (maize) flour, which can be easily kneaded to yield soft rotis, pooris and a variety of bakery products.

Wheat has roughly 13% protein content. Up to 80% of that comprises glutenin and gliadin. These are proteins that bind to each other and form a network whenever water and energy (through kneading) is added to the wheat flour. The gluten formed by the combination of the two proteins creates the elastic texture in the dough that allows the breads to come out light and fluffy.

Bajra, maize, jowar (sorghum), ragi and other millets contain comparable levels of protein and more vitamins, minerals, crude fibre and other nutrients than wheat. But they don’t have any gluten proteins, which results in poor dough quality.

Praveen’s and Vinutha’s work hasn’t just been limited to extracting the gluten after making wheat dough and removing the starch. “The proteins extracted and dried into powder should also have the capacity for regeneration or forming gluten networks in non-wheat dough. Soft atta requires the gluten proteins added in the flour to achieve proper networking for retaining their original viscoelasticity and water-absorbing properties,” pointed out Praveen.

The two scientists have created gluten-based soft bajra and makka atta that combine the superior nutritional composition of these two cereals with the better dough and chapatti-making quality of wheat. Their ‘Hallur’ soft bajra flour – containing 23% protein, including 15% of pearl millet and 8% gluten – can be used to make kachori and even cookies, cup cakes and pizza slices. They claim to have also prepared nachos from their ‘Makai’ soft maize atta.

“Farmers will have incentive to produce nutri-cereals only when there is demand. One way to boost their consumption, especially in metros and urban centres, is by ease of making dough. That’s what our scientists have done,” the director of IARI, A.K. Singh, told The Indian Express.

Interestingly, half of IARI’s divisions – including biochemistry, plant pathology, entomology, nematology, microbiology, agricultural physics, agricultural chemicals and agricultural economics – are headed by women. And that’s something not many institutions in India can boast of.