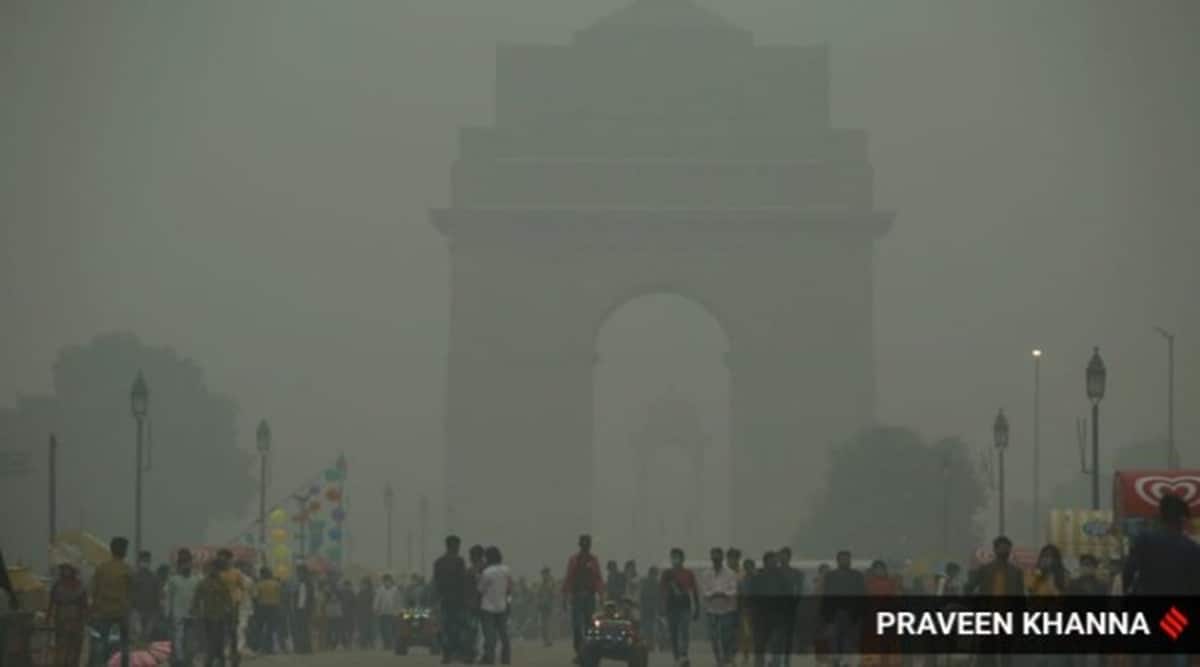 Delhi’s hazardous air, a chronic problem, has elicited a rush of decisions from the Centre and state government. The former has set up a new commission chaired by a retired secretary to the Government of India, constituting experts from government, academia and civil society. The state government banned firecrackers on Diwali with only limited effect. In any case, neither would solve the problem. The work of a Nobel Prize-winning economist might offer a solution.

A commission would be particularly useful if the matter of hazardous air quality was brand new and needed discussion and deliberation to get to the bottom of the problem and on top of the solution. A ban on firecrackers could prevent an exacerbation of the problem but like the odd-even private vehicles scheme, it will not solve it. The fundamental causal problem is already well-known — burning of crop stubble by farmers in Punjab and Haryana, which combines with changes in atmospheric pressure to choke the National Capital Region every year. What is required is a solution to this. Why is it so difficult?

For the farmers of Punjab and Haryana, there is a clear economic incentive to burn their crop stubble. Any other alternative to disposing of the stubble imposes a cost on the farmers which they are not willing to bear. Also, the farmers do not bear the entire negative externality from their action; that is borne by the residents of Delhi NCR who have to breathe toxic air.

The winner of the Nobel Prize in economics in 1991, Ronald Coase, had theorised in a 1960 paper that if property rights are well defined between two private parties, then even when there is a negative externality created by one of their actions, they can bargain to an efficient outcome. The key assumption was the presence of very small or zero transactions costs in the bargaining process. This has often been used to highlight the efficiency of market solutions even when externalities are present but the presence of high transactions costs in the real world have also led some economists to argue that externalities require government intervention; markets cannot solve them. In the case of Delhi, governments need to bargain a market solution.

In the matter of Delhi’s air quality, the two parties involved are the farmers of Punjab and Haryana and the residents of Delhi NCR. Ideally, they would be able to bargain in a way that Delhi’s residents could compensate Punjab’s farmers for choosing an alternative method of disposing crop stubble. But obviously, given the number of people involved, the transaction costs would be prohibitive. Also, some people may choose to free ride. The bargaining cannot happen.

That ought to mean that the government must intervene. But there is a complication. There isn’t one government involved but four: Namely, the three state governments of Punjab, Haryana and Delhi and the government of India. The matter of agriculture and farmers is essentially a state subject. It is difficult for the Centre to directly intervene to issue a diktat on the way farmers of Punjab and Haryana dispose of their crop stubble. And the elected governments of Punjab and Haryana don’t have the incentive to either ban the practice or compensate the farmers for choosing an alternative method of disposal.

In the end, in the spirit of Coase, the farmers of Punjab and Haryana must be paid to abandon this practice. But who will pay for it? In the spirit of Coase, the people of Delhi must pay because it is in their interest to do so. Clean air is important. Therefore, one solution would be for the Delhi government (acting on behalf of its residents) to impose a “clean air” tax/cess on the people of Delhi and use the funds to pay the farmers of Punjab/Haryana to abandon burning crop stubble/use an alternate method of disposal. Those state governments could be intermediaries on behalf of their farmers and the Centre or a commission/court can supervise compliance.

The other solution is for the central government to step in on behalf of the people of Delhi (since Delhi is a quasi-state with significant central government control) and transfer funds/vouchers to the farmers of Punjab and Haryana directly to dispose of stubble in an environmentally sustainable manner.

The bottom line, perhaps counter-intuitive, is that a solution to Delhi’s hazardous air quality will only be found when the farmers of Punjab and Haryana are paid by the people of Delhi to change their practices. Since direct negotiation is impossible and the governments in question will not step in to regulate, a solution must be found by the four concerned governments which involves a tax and transfer method to achieve the end goal. The spirit of Ronald Coase requires governments to bargain a “market” settlement. It’s a price worth paying. Delhi’s air isn’t only a matter for its residents; it also reflects the image of the country.

The writer is chief economist, Vedanta