The UK Supreme Court, however, turned down this plea and that the lack of a legal agreement as such between Uber and the drivers on its platform would not be an impediment in its being considered an employer. 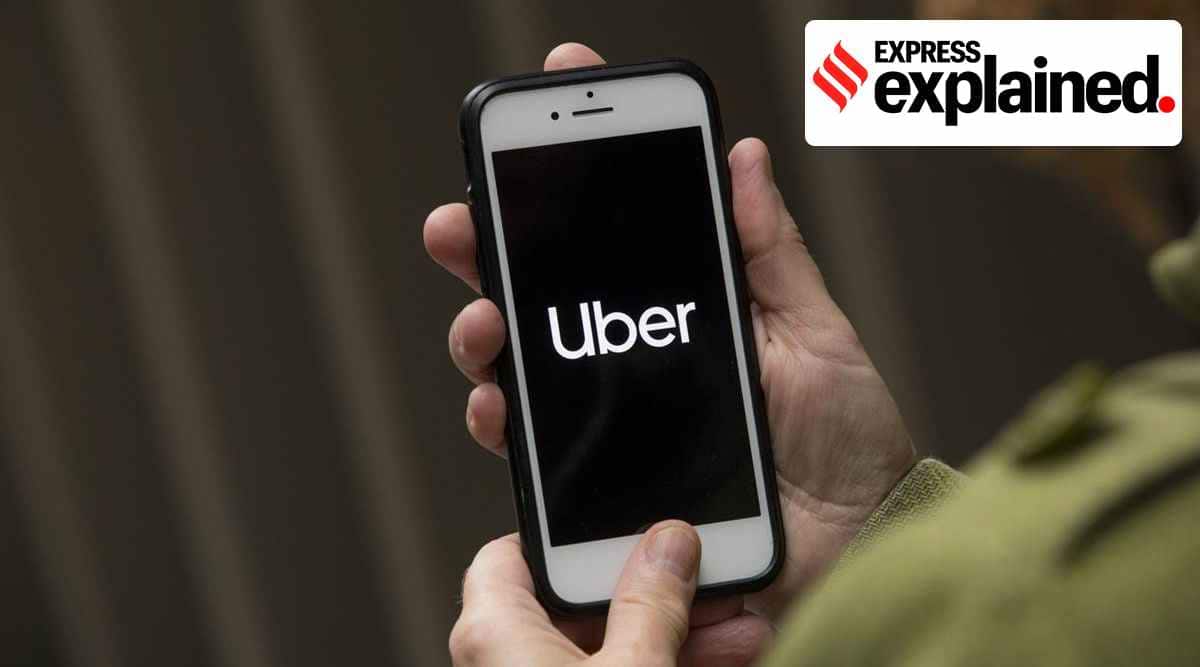 The UK Supreme Court Friday ruled that Uber drivers were to be considered workers and not freelance contractors, thereby making them eligible for all employment related benefits such as minimum wage, annual leaves, and insurance. With this ruling, Uber and other service providing platforms could also potentially face legal and regulatory challenges in India, as big tech companies from across the globe are under government scrutiny for the differential terms of service and engagement in geographies such as the EU and in locations such as India.

What did the UK Supreme Court say in its judgment?

The UK Supreme Court was adjudicating an appeal by Uber against a ruling by an employment tribunal of the country which had held that Uber drivers were entitled to all benefits of regularised workers and that they would be considered on duty even if they were logged into the app, and not just when they were driving their passengers to their destination.

In its appeal, Uber said it solely acted as a platform which connected willing drivers and service seeking passengers, and that the contract as such was made between them. The ride hailing app in its plea against the employment tribunal and court of appeals decision also said that unlike in fixed term contracts, drivers were “free to work when they want and as much or as little as they want” and therefore not working for Uber as such.

The UK Supreme Court, however, turned down this plea and that the lack of a legal agreement as such between Uber and the drivers on its platform would not be an impediment in its being considered an employer.

“That purpose is to give protection to vulnerable individuals who have little or no say over their pay and working conditions because they are in a subordinate and dependent position in relation to a person or organisation which exercises control over their work,” the UK Supreme Court held.
The court considered five main aspects to rule against Uber’s contentions. The first was fixing of a certain maximum fare by Uber, which has to be accepted both by the driver as well as the customer. Since the drivers could not possibly charge a fare higher than what was mandated by Uber, it therefore meant that the app was dictating how much the driver could earn.

Secondly, the terms of the service are imposed by Uber on the drivers and the drivers have no say in changing or challenging that, which is akin to workers under permanent contracts. The third aspect that the court considered was that once the driver partner had logged into the app, they had very little say in accepting or denying rides, and that Uber controlled this by monitoring their acceptance and declining rates.

The fourth aspect was the rating systems offered to the passengers, which also influenced the drivers’ delivery of services and the quality of ride they get, while the fifth aspect considered by the court was Uber actively discouraging any form of communication between the driver and the passengers, thereby acting as the intermediary in between.

Though it would be early to say if the judgment in the UK would have an immediate impact on India, the implications of the ruling would be closely viewed and analysed in India. The central government has increased its focus on the differential treatment of workers associated with such big tech platform in India compared to other countries of the world.

The variation in terms of service offered by these platforms has also been under scrutiny by the central government. In one such instance, it has over the last fortnight, lashed out on global micro-blogging platform Twitter for the laxity of approach it took in India compared to the US.

The increased focus on big tech aside, the central government has already put in place some legal protection for gig economy workers. The budget for the 2021-22 has already mandated that the law on minimum wages would now apply to workers of all categories including those associated with platforms such as Uber. Such workers would now be covered by the Employees State Insurance Corporation (ESIC), which mandates employers depositing a certain amount of money with the state insurer, the rest of which is paid by the government.

November last year, the central government had come out with specific norms for ride hailing apps such as Uber and Ola. Under the new rules, ride hailing apps could charge a maximum of 20 per cent commission per ride from driver partners, while also capping the total number of working hours per day at 12. The new regulations also provided for the maximum fare that these platforms could charge customers even during high demand peak hours, and that they would have to provide drivers with insurance.

Driver partners of Uber and Ola have also mounted legal challenges against the two companies. One of the first such legal challenge was mounted by the Delhi Commercial Drivers Union, which had in 2017 approached the Delhi High Court alleging that apps such as Uber and home-grown Ola were “exploiting them” by not treating them as employees.

In its plea, the drivers’ union had also claimed that the drivers registered with both these platforms were being denied even the basic benefits such as compensation in case of accidents or deaths. World Hearing Day 2021: A look at some innovations in hearing health care