The green signal to the Russia-Germany pipeline by Biden has angered Republicans, with Ted Cruz denouncing the agreement as “a generational geopolitical win for Putin and a catastrophe for the United States and our allies.” 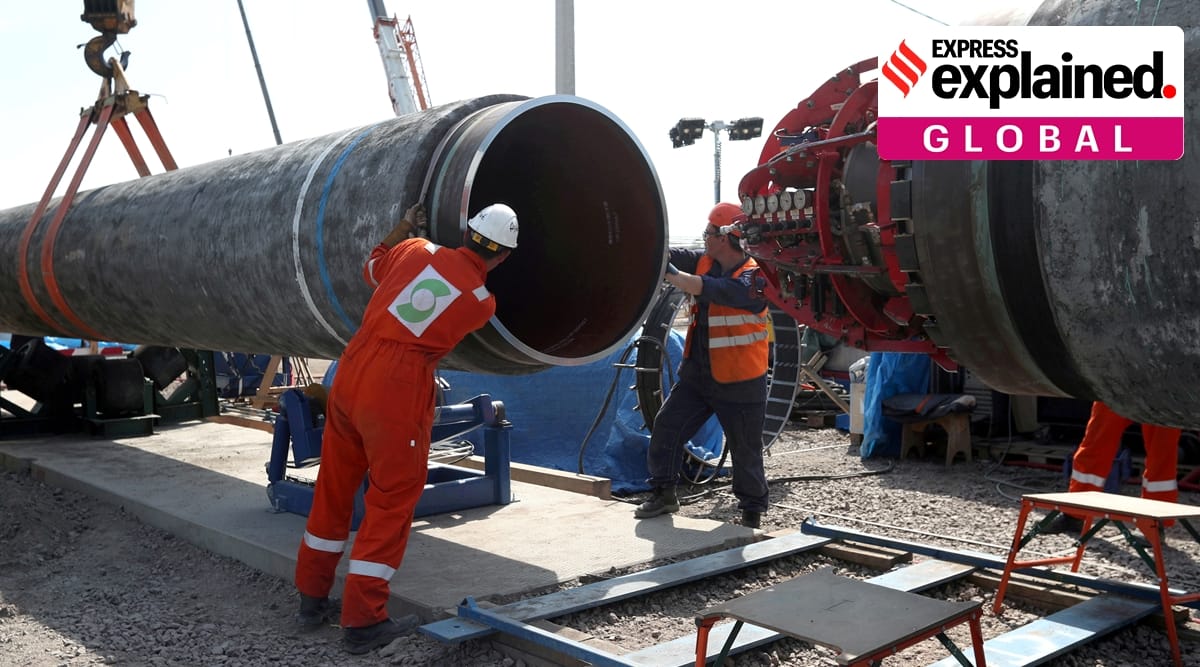 The US, which had previously imposed sanctions to prevent the completion of a major new gas pipeline between Russia and Germany, has now signalled its approval for the project.

On Wednesday, the US and Germany reached a deal on the Nord Stream 2 pipeline– which significantly increases Europe’s energy dependence on Russia– under which Berlin will respond to stop Moscow should the latter use the strategically critical gas system as political leverage.

The agreement is being interpreted as a tightrope walk for the West, which on one hand wants access to Russia’s hydrocarbons, but on the other distrusts President Vladimir Putin, who it holds responsible for a series of affronts, such as the Crimean conflict of 2014 and the alleged interference in the US elections of 2016 and 2020.

The US and Germany said in a joint statement that they were “united in their determination to hold Russia to account for its aggression and malign activities by imposing costs via sanctions and other tools.”

What is the Nord Stream 2 pipeline?

In 2015, the Russian energy major Gazprom and five other European firms decided to build Nord Stream 2, valued at around $11 billion. The 1,200-km pipeline will run from Ust-Luga in Russia to Greifswald in Germany through the Baltic Sea, and will carry 55 billion cubic metres of gas per year. The under-construction pipeline will run along with the already completed Nord Stream 1 system, and the two together will supply an aggregate of 110 billion cubic metres of gas to Germany per year. The pipeline falls in the territory of EU members Germany and Denmark, and is about 98% complete.

So, why is the pipeline controversial?

Since it was first planned, Nord Stream 2 has drawn criticism from the US, where both the Democratic and Republican parties believe that the project would increase Europe’s dependence on Russia for natural gas, thus emboldening its leader Vladimir Putin. Currently, EU countries already rely on Russia for 40 per cent of their gas needs.

The project also has opponents in eastern Europe, especially Ukraine, whose ties with Russia have seriously deteriorated in the aftermath of the Crimean conflict in 2014.

There is an existing land pipeline between Russia and Europe that runs through Ukraine. The country feels that once Nord Storm 2 is completed, Russia could bypass the Ukrainian pipeline, and deprive it of lucrative transit fees of around $3 billion per year. Ukraine also fears another invasion by Russia once the new pipeline is operational.

Russia, on its part, has dismissed these fears. Germany, too, has solidly stood behind the Nord Stream 2, despite opposition from allies, with Chancellor Angela Merkel’s government insisting that it is a commercially beneficial project.

And, why has the US position changed?

In December 2019, work on the project was suspended due to the threat of US sanctions, and in January this year, Washington actually carried out its threat– imposing sanctions on a Russian ship tasked with laying pipes for the project. Many had then predicted that the punitive action could prove to be the pipeline’s death knell.

The pipeline also cast a shadow on US-Germany relations, with former President Donald Trump saying that it could turn Germany into a “hostage of Russia”.

The administration of Democrat Joe Biden, however, has decided not to kill the energy system with sanctions. It has instead gone with the softer option of threatening Russia with consequences should it use the pipeline to harm Ukraine or other countries in eastern Europe.

The US-Germany deal lays out that if Russia attempts to “use energy as a weapon or commit further aggressive acts against Ukraine,” Germany will take steps on its own and push for actions at the EU, including sanctions, “to limit Russian export capabilities to Europe in the energy sector,” read the statement reported by Reuters.

The agreement also requires Germany to “utilise all available leverage” to extend by 10 years the current Russia-Ukraine gas transit agreement, which expires in 2024, and a contribution of at least $175 million to a new $1 billion “Green Fund for Ukraine” that aims at improving the country’s energy independence.

What has the reaction been?

Needless to say, the green signal by Biden has provoked an angry response from Republicans, with top leader Ted Cruz denouncing the agreement as “a generational geopolitical win for Putin and a catastrophe for the United States and our allies.”

Democratic Senator Jeanne Shaheen also expressed reservations, saying that the agreement was insufficient in dealing with the impact of the pipeline, which she said “empowers the Kremlin to spread its malign influence throughout Eastern Europe.”

Ukraine, too, is unhappy with the project receiving Washington’s blessings, with President Volodymyr Zelenskiy saying he wants a “frank and vibrant” discussion with Biden over the Nord Stream 2 when the two leaders meet next month in the US.