Here’s a look at the history of the memorial and reason behind the latest controversy. 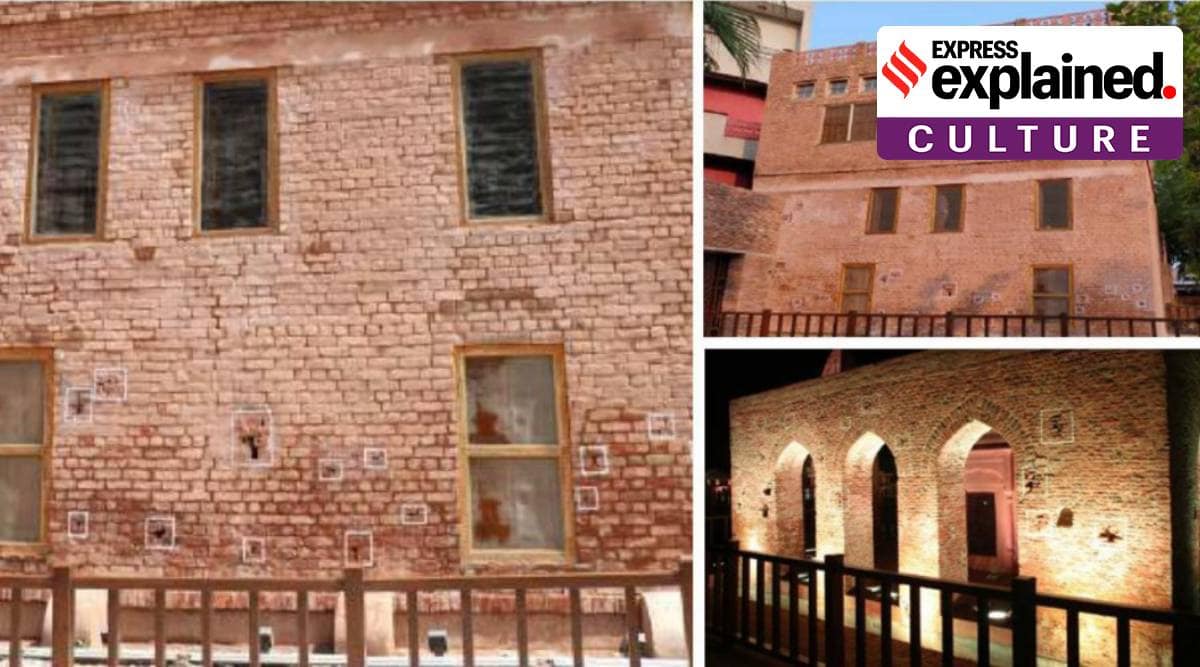 The newly-renovated Jallianwala Bagh has come under fire with historians accusing the planners of ‘Disneyfying’ the monument and erasing the memories of that horrific day on April 13, 1919 when Col Dyer opened fire on a group of peaceful protesters, killing almost 1000 of them.

Here’s a look at the history of the memorial and reason behind the latest controversy.

What is the Jallianwala Bagh massacre?

The incident dates back to April 1919 when the British were facing major protests in Punjab against the Rowlatt Act that let them arrest people without any warrant or trial. Lt Governor Gen Michel O’ Dwyer imposed martial rule in Lahore and Amritsar on April 11, but the ordered reached Amritsar only on April 14. Alongside, he also sent Col H E N Dyer, who was then holding the temporary rank of Brigadier General, from the Jalandhar cantonment to Amritsar. On April 13, a Sunday, Col Dyer’s troops marched through the town to warn against the assembly of more than four people. But the announcement did not reach most people, and devotees started making a beeline to the Golden Temple to celebrate Baisakhi. As the day wore, many of them headed to the nearby Jallianwala Bagh, a quadrangle with a well, surrounded by tall houses and a narrow passage, to join the 4 pm public meet against the arrest of Dr Satyapal and Dr Saifuddin Kitchlew. The two had been arrested for opposing the Rowlatt Act, and local leaders had called for a protest meet on the evening of April 12.

Upon hearing about the large gathering, Col Dyer marched into the Bagh with a column of 50 soldiers armed with .303, Lee Enfield and bolt action rifles around 5 pm. It’s said he ordered the troops to open fire without giving any warning. They fired all the 1,650 rounds they had even though the crowd started fleeing after the first volley. According to the British, 376 persons were killed in the firing, the youngest of whom was 9 and the oldest 80. Indian historians peg the toll at 1,000.

Among those who managed to escape was Udham Singh, then 21. He vowed to avenge the massacre, and shot dead Gen Michael O’ Dwyer at Caxton Hall in London in 1942.

The massacre stunned the country. Nobel laureate Rabindra Nath Tagore returned his knighthood, describing the incident as “without parallel in the history of civilised governments”. Mahatma Gandhi started his non-cooperation movement soon afterwards. Then British parliamentarian Winston Churchill described the massacre as “a monstrous event, an event which stands in singular and sinister isolation”.

What happened to the Jallianwala Bagh after the massacre?

Sashti Charan Mukherjee, a homeopath who was present at the Bagh on the day of the massacre, moved a resolution for acquiring the Bagh at the Congress session in Amritsar later that year. Soon afterwards, Mahatma Gandhi made a nationwide appeal for fundraising and a trust was set up with Madan Mohan Malviya as president and Mukherjee as secretary. The British, it is said, wanted to wipe out any signs of the massacre by setting up a cloth market on the spot but the Indians persevered. They collected a sum of Rs 5,60,472 in a year, and acquired the 6.5-acre Bagh from its owner Himmat Singh on August 1, 1920.

Ever since, the Mukherjees have been the caretakers of the memorial. Sukumar Mukherjee, the present caretaker, quit his bank job to take up the mantle from his father in 1988.

What happened to the memorial after independence?

The central government set up the Jallianwala Bagh National Memorial Trust on May 1, 1951. It commissioned American sculptor Benjamin Polk to make the flame of liberty at a cost of Rs 9.25 lakh. The memorial was inaugurated by President Dr Rajendra Prasad in the presence of PM Jawaharlal Nehru on April 13, 1961. The Trust is helmed by the PM who is its chairman, and permanent members include the Congress president, Punjab Chief Minister, Governor, Union Culture Minister, and Leader of Opposition in the Lok Sabha.

Why is there a controversy regarding the latest revamp?

The Jallianwala Bagh has undergone several repairs and touch-ups over the years. But the narrow alley leading to the Bagh, had remained untouched for almost 100 years. While many other things changed, the thin entrance made of Nanakshahi bricks through which Dyer’s soldiers marched into the Bagh, continued to evoke the horrors of that day. Last year in July, it was rebuilt into a gallery with murals, leaving no trace of the old alley. It’s this break from the past that has led many to question the latest makeover of the memorial.