The move to shift Johal and others to Delhi has his family in UK crying foul with his counsel in India set to file a review petition with Supreme Court fearing attack and danger to their lives in jail in Delhi. 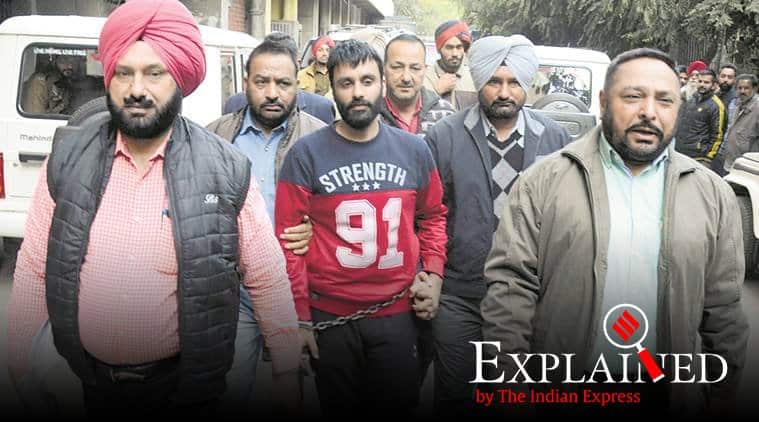 British national Jagtar Singh aka Jaggi Johal, an accused in the targeted killing cases which rocked Punjab between January 2016 to October 2017, will be shifted to a Delhi jail following a May 7 Supreme Court order on a National Investigation Agency (NIA) application to shift all the eleven accused and trial of the cases to Delhi. The move to shift Johal and others to Delhi has his family in UK crying foul with his counsel in India set to file a review petition with Supreme Court fearing attack and danger to their lives in jail in Delhi.

Johal is currently lodged in Maximum Security Nabha Jail along with eight other accused. One accused is lodged in Patiala Central Jail. Another accused in case Hardeep Singh Shera was Tuesday shifted to a Delhi jail.

After Johal’s arrest, Sikh diaspora had launched an aggressive campaign from London to Melbourne to Toronto – seeking Johal’s release, alleging that he was wrongly detained by the Punjab police. Ever since, the issue has remained hot potato not only in India, but in UK too with members of Sikh diaspora making a substantive part of the constituents of politicians there. The Indian Express explains how things have unfolded and what is the latest.

Who is Jagtar Singh aka Jaggi Johal?

Jagtar Singh Johal (32) is a UK national and a resident of Dumbarton, Scotland. He was arrested on November 4, 2017 from Raman Mandi town of Jalandhar district by a team of Punjab Police for his alleged role in the targeted killings in Punjab. Johal arrived in India on October 2 for his marriage to a Punjabi woman and got married on October 18. His brother Gurpreet Singh Johal and parents flew back to UK after the marriage, but he chose to stay on.

Johal was initially arrested in connection with an arms recovery case registered at Baghapurana in December 2016 and was subsequently named as an accused in seven targeted attack cases, five of those with murder charges (targeted killings) and two with attempt to murder charges (attempted targeted killings) where activists and members of right wing Hindu outfits, the dera followers and even a Christian activist (a pastor) were targeted.

As per investigators, Johal was in touch with the alleged masterminds of targeted killings, Pakistan-based Khalistan Liberation Force terrorist Harmeet Singh aka “PhD”, and UK-based Gursharanbir Singh, wanted by Punjab Police in the 2009 killing of Rashtriya Sikh Sangat leader Rulda Singh, who was gunned down in Patiala. Police also claim to have “clinching evidence” that Johal was in touch with radical Sikh leaders abroad and had met KLF terror operative Harminder Singh Mintoo in France before his arrest.

What is the latest Supreme Court order about?

The targeted attack cases of Punjab, five targeted killing cases and two attempted targeted killings, were handed over to National Investigation Agency in November and December 2017 by the Punjab government. The cases were taken over by the NIA after Punjab government pointed out about the gravity of the offence and its inter-state and international ramifications and after the Centre government formed an opinion that the cases were required to be investigated by the NIA. In February last year, NIA moved an application in the Supreme Court to seek transfer of the accused in the cases from Punjab to Tihar jail, saying there was threat to their life in Punjab jails. Subsequently, except in one case which did not figure among the cases mentioned in the NIA plea, the trial proceedings in remaining six cases remained stayed for over six months before Supreme Court on May 7 this ordered to shift the cases to the competent court at Tis Hazari Courts, Delhi from Mohali NIA court.

Why family and counsel of Johal are crying foul over his shifting to Tihar jail?

They fear that Johal may be attacked in Tihar jail and there could be danger to his and other accused’s lives. Johal’s counsel Manjhpur questioned, “Does it mean that Punjab jails are not safe with all the CCTV and other security arrangements?” Manjhpur further said, “RSS and right wing people may get Johal killed in Delhi jail. They want to kill him. There is a risk that a mob might attack him in jail in Delhi. And all this could be done that there is nothing to prove against Johal [in the cases] and it will tantamount to international level insult.”

Manjhpur said that NIA had mentioned a few other “baseless” grounds to seek transfer of the accused to Delhi which included that the “accused were propagating Khalistan in Punjab jails and they could attempt a jailbreak similar to Nabha jail break”. Manjhpur said all this resulted in “delay” in trial.

Manjhpur also expressed anguish over the grounds cited in the May 7 Supreme Court order which read “Considering the facts and circumstances of the case, as several witnesses have been shot dead, and considering the gravity of the charges involved, we deem it appropriate to transfer the cases mentioned at prayer (a) of the Transfer Petition from the Court of Additional Sessions Judge/Judge, Special Court, NIA, SAS Nagar, Mohali to the competent court at Tis Hazari Courts, Delhi.”

Manjhpur said, “No witness has been shot dead. Only one witness in Durga Dass Gupta case committed suicide where he was alleged to be under police pressure to become eyewitness.”

Manjhpur said Johal and other accused will file review petitions in the Supreme Court, requesting the court to review its order of transferring the cases and accused to Delhi. In the chargesheets that NIA had filed in trial court at Mohali in the targeted killing cases and attempted targeted killing cases, Gursharanbir allegedly sent Johal from UK to France to deliver GBP 3000 to Harminder Singh Mintoo, the KLF chief who was one of the accused in targeted killings and who died of heart attack in Patiala jail in April last year. A part of this money, as per NIA, was given by Mintoo to Hardeep Singh to motivate him to join the KLF and recruit him for executing the conspiracy. Hardeep Singh Shera was named as one of the main accused in the targeted killings as he and Ramandeep Singh were alleged to have carried out the killings on stolen motorbikes. Shera, as per, NIA kept shuttling between India and Italy and whenever he was in India, there was at least one targeted killing and conversely no targeted killing in the period he was away to Italy.

In which cases Jaggi Johal is facing trial?

Along with other accused, Jaggi Johal is facing trial in seven cases being probed by the NIA. These are January 2016 firing at RSS Shakha in Kidwai Nagar in Ludhiana, February 2016 attempted killing of Shiv Sena activist Amit Arora, killing of Shiv Sena leader Durga Dass Gupta in April 2016. January 2017 killing of right wing outfit leader Amit Sharma, killing of Dera Sacha Sauda followers Satpal Sharma and his son Ramesh Sharma at Jaghera Naam Charcha Ghar in February 2017, July 2017 killing Pastor Sultan Masih in Ludhiana and October 2017 killing of RSS leader Ravinder Gosain. Johal is also an accused in two arms act cases out of which he got bail in one case.

Gagneja was shot by unknown motorcyle borne assailants in August 2016 and died nearly a month-and-half after. NIA took over the investigations of Gagneja case by registering a case in March this year. At the time of Johal’s arrest, Punjab police had linked him to Gagneja murder as well while claiming to have cracked the spate of targeted killings in the State with his (Johal’s) arrest. In its reply in NIA Mohali court while in response to an application filed by Johal’s counsel Manjhpur where he sought to know if Johal and two other accused in other cases Hardeep Singh and Ramandeep Singh were wanted in Gagneja murder case, the NIA last month said the matter was under investigation and “….sonner the role of applicants is surfaced they may be required or not by the IO”.