Batting is about transferring weight and being still when playing a shot. At the top level, one needs to be strong on the back foot but still have the balance and skill to play under the eyes, and be in a position to transfer the weight forward. Occasionally, Gill doesn’t quite that weight-transfer properly. 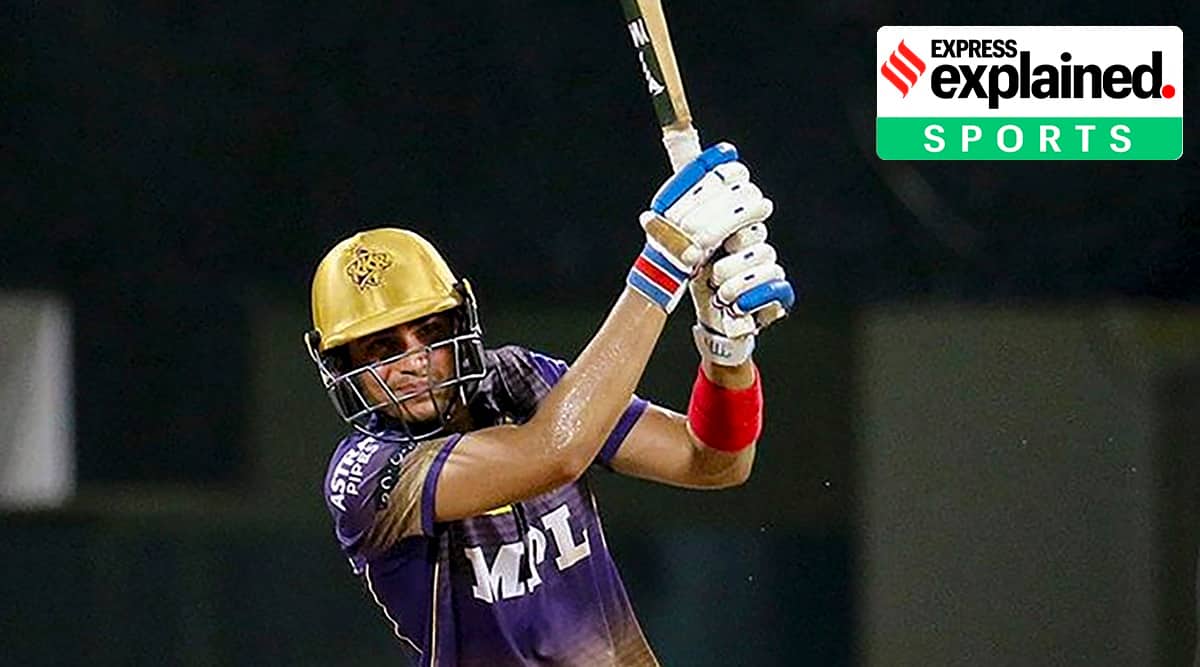 With scores of 15, 33, 21, 0, 11 and 9 the Kolkata Knight Riders opener is yet to play a defining innings this season. The 21-year-old is strong off the back foot and has been reluctant to lean onto the front foot. Is his back foot game landing him in trouble or is it just part of the problem for the youngster who has lived up to expectations as a Test opener in Australia.

How did Mohammad Shami get him out?

The look of satisfaction on Shami as he glanced at Gill after trapping him lbw said a lot. It was a classic Shami delivery: a length delivery that shaped in towards the middle stump line. Gill was, as ever, shy in getting the front foot stride in time and ended up playing around the front pad. By then, though, the ball had nipped back to thud into his pad in line of the sticks.

Is it an area of concern for Gill?

It’s a potential area of weakness that good bowlers will target him on less bouncy surfaces. The key is to draw him forward as he likes to sit back on the back foot. It helps him on pitches with bounce, as we saw in Australia where he unfurled a couple of dreamy knocks.

His first move at the crease is to step back and across a touch – occasionally he would just sidle across without going back, and then open his front foot a bit as he takes a short step forward. Even when the ball is relatively full, he doesn’t move forward that much. Resultantly, he can occasionally push his hands at the ball without actually transferring his weight forward. The main focus is on staying still that he doesn’t like to upset that balance by leaning onto his front foot. As a result, at times, as he did against Shami, he can get stuck at the crease and sort of stumble out, trusting his hands to do the work for him.

Is the lack of weight transfer been his downfall this season?

No. He has been dismissed in various ways — thrice trying to hoick and heave the spinners Rashid Khan, Rahul Chahar, and Rahul Tewatia. Once, mistiming a slower one from the pacer Kylie Jameson to mid-on. He also fell, slaying the seamer Deepak Chahar to the third man, and there was a run-out as well. There has been no pattern really.

It’s just that good seamers will likely go the way of Shami when they think about a plan to trouble him. Batting is about transferring weight and being still when playing a shot. At the top level, one needs to be strong on the back foot but still have the balance and skill to play under the eyes, and be in a position to transfer the weight forward. Occasionally, Gill doesn’t quite that weight-transfer properly.

Can his set-up at the crease be traced back to his formative years?

Yes, for years, growing up, he trained on concrete cement tracks. That led to him being excellent on bouncier tracks with a preference for hanging on the back foot. In the past, his KKR coach Abhishek Nayar explained to this newspaper. “On concrete, the back foot becomes natural, an instinctive shot. And the front foot becomes something you have to develop,” Nayar said. “He isn’t someone who you will see leaning into drives as that is not something that comes naturally, but he has scored a lot of runs with the red ball on the front foot. I think he has an all-round game.”

How did he train as a boy?

“What I understood from his father was that he batted a lot on concrete, he liked fast bowers and he got a cousin who fired really fast throws at him for a decade now,” Nayar said. The powerful shoulders of his elder cousin Kushpreet has moulded Gill’s technique. For hours, day after day, Kushpreet hurled the ball at a rapid pace at Gill, who found a way to tackle the challenge. Press back. Retreat. Build a strong base. And then punch. “He can throw really fast and from 8 to 16, he helped me a lot in my training. Without him, I couldn’t have reached this stage,” Shubman once told this newspaper.

Is he someone who is aware of his game?

Yes, say the people close to him. “He has a great deal of understanding about his own game and about the complexities of his skill sets. A lot of cricketers spend a lot of time trying to understand their games. He is someone who has that deep understanding at a young age. He is someone who relies very highly on his technique. And he wants to make sure that (technique) is always spot on, at a level where he wants it to be as it gives him confidence. He has practised for hours and hours every day and is really aware of his game,” Nayar said.